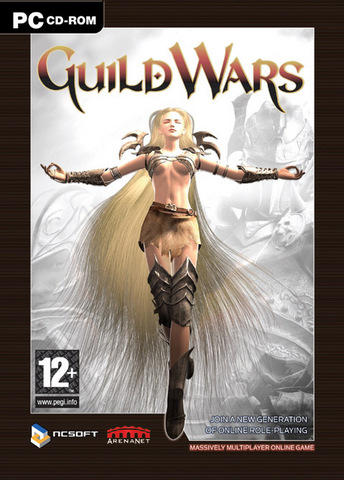 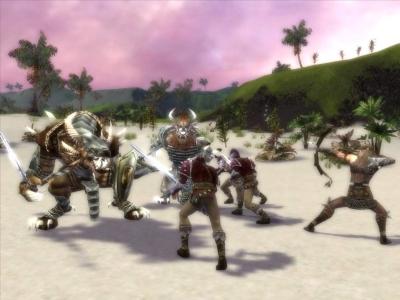 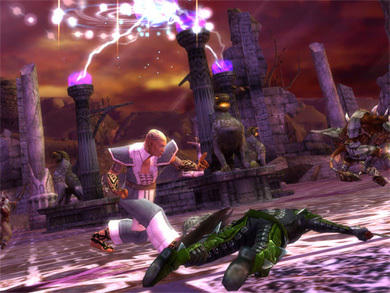 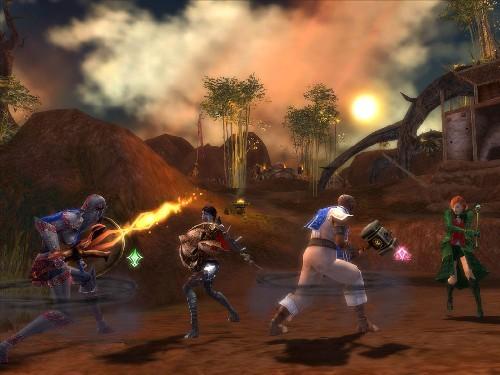 The essence of Guild Wars is Player vs. Player mode (PvP), but the game is designed in such a way that players are also forced to go through the story at least once via Player vs. Environment mode (PvE). This is achieved through the skills system, where players are forced to undergo missions within the game in order to unlock special skills. These skills range from offensive abilities and spells, defensive spells, and misc. abilities. Each character has eight slots for skills, and so unlocking skills, which in turn allow customization for PvP mode, becomes paramount.

The game offers players flexibility by allowing two classes per character, no class restriction on weapons, and the special skills for each class. The classes are balanced in a rock-paper-scissors-like manner, where one class would have an advantage over another style of play. For example, a Mesmer can be equipped with skills (i.e. Backfire) that kill spell casters very easily. A Ranger can set traps and attack fighters from a distance.

Each copy of Guild Wars comes with one user account, where four characters can be created under the same account. You're given the option of creating a character in either the PvE mode (where you under missions to unlock skills), or PvP mode (where you start at maximum level of twenty, with access to unlocked skills from your other characters). In addition, at a certain point within the PvE mode, the player can buy storage space, which would allow items to be switched among the four characters under the same account. This setup creates a strong incentive for PvP fans to run through the PvE mode in order to unlock the skills needed for PvP mode. At the same time, the story within PvE mode is fairly intricate, and PvE fans will enjoy it a lot. You could also play in PvP mode using pre-made character builds, which has some, but not many, special skills unlocked. But you may find it preferable to unlock specific skills through PvE mission for use in PvP mode.

The game is very easy to learn and play. Every function can be accessed with the click of a mouse. In addition, the game utilizes a mini-map showing your location and the surrounding terrain. The map functions as a radar system, showing player characters/henchmen (in green) and monsters (in red). Furthermore, the map shows a semi-transparent circle centered by your character; monsters outside this danger zone would not detect the presence of your party.

For many consumers, the most important thing regarding Guild Wars is that there is no monthly subscription fee; pay for the game once, and you're done!

Notwithstanding these wonderful aspects of GW, there are a few glaring flaws within the game. First, the terrain in GW has levels that the player characters can't reach. The unreachable parts are poorly defined, and sometimes it gets frustrating trying to figure out why you can't reach a certain point shown on the mini-map.

Second, when you go inside a dungeon, the normal map (full screen) doesn't show the dungeon. And sometimes it's preferable to look at the full sized map, rather than the tiny mini-map.

Fourth, storage space is an issue. Your character's storage for items is limited to his equipment, a backpack, a belt pouch, two bags, and a shared storage among your four characters. Quick frankly, that's still not enough, because you need slots to carry mission items, and also ingredients. Also, my characters use multiple weapon sets (arrow, sword and shield, etc.) depending on the monster I'm fighting, and that equipment takes up a lot of slots.

Fifth, there is no auction house, where you can put items for sale at a pre-determined price. To sell off your excess items, your options are to sell them to the merchants (at a low price), or hawk them on the trade channel. Unfortunately, this is an inefficient means of selling goods; the players who happen to be online may not be interested in what you have to offer.

Finally, the use of instances is a mixed blessing. When you leave town, the games creates a specific area (instance) for your party alone. The rationale is that other players will not be able to interfere with your party by camping at monster spawn points, stealing loot from monsters that you killed, etc. Once you leave town, you are on your own, unless other player characters joined your party. The problem with instances is that you cannot communicate with other players on the server; and some players complain about the lack of a "community" for this reason.

Nonetheless, Guild Wars is an enjoyable game regardless of your personal style of play, and it is highly recommended for everyone.
Review Page Hits: 0 today (155 total)
mediahook