The Official Site
The Developers Site
Average Of All Overall Ratings

Amazing if you have Live, otherwise...not so much. 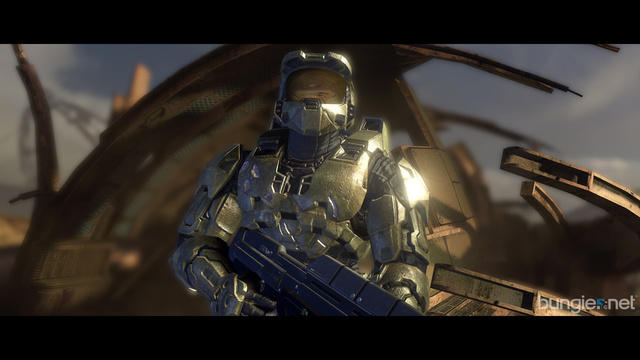 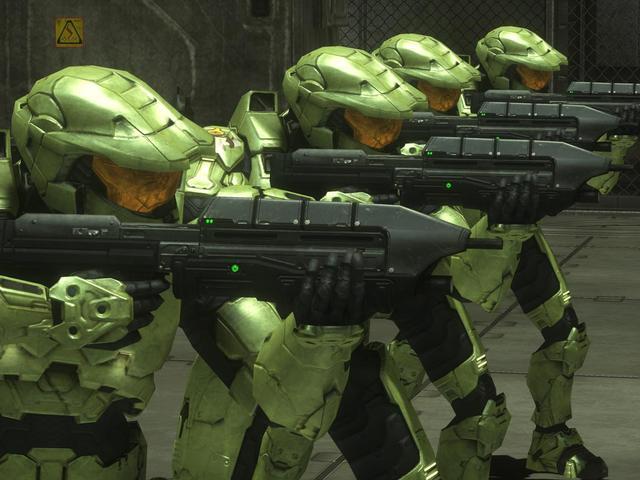 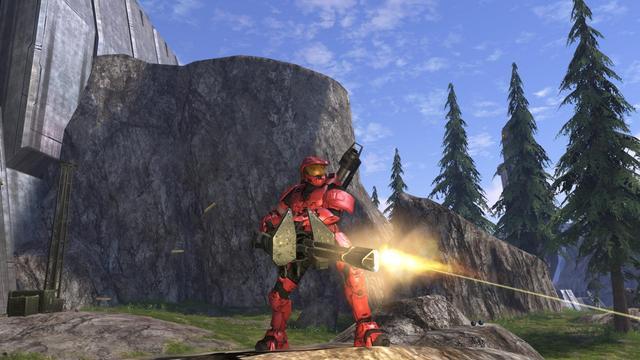 Halo 3. One of the few games that can be talked about 3 years in advance and start up a long conversation about what could be, should be, and will be. Despite knowing that this game would easily sell 400 trillion copies without the need of advertising, developer Bungie put their best effort into one of the games of the year. This game was marked a system seller before it came out, and for good reason.

In the weakest aspect of the game, the campaign mode, you're 'Master Chief', the spartan destined to save humanity with a 'take no prisoners' attitude. Although the series needs no introduction for most, it's unfortunate that unless you shell out $130 for the Legendary Edition, you'll get exactly that, no introduction. Of course most people have at least the general knowledge of the series, but a lack of even a 2 minute CGI sequence is disappointing. The game drops you down in a jungle, eerily similar to an environment in any WWII shooter you've played in the last 5 years. As a matter of fact, the levels don't change much from the 'same ol' that you're used to until you hit the meat of the game halfway through. Not to say this is a bad thing, as the levels are done well enough, but it feels fairly repetitious to most run-of-the-mill shooters today. Eventually, when you do get past that midway point, you wind up getting lost in the never ending 'have we been this way?' cycle, thanks to a lack of any sort of basic map. We don't need a Castlevania/Metroid kind of map, but geez Bungie, a little hint after I've killed all the baddies please? I'm used to games that you must figure out yourself, but when you and two other guys you're with are lost on where to go, it truly shows the level design faults. Not to mention that Halo 3 takes place on Earth for the majority of the game and only if you assume there's no vegetation on other planets could you even tell this fact.

Your primary goal in campaign mode is to all but destroy everything in your path to save the world from the Covenant. You see, they have your girl, and you need to finish them off...and...well, you get the point. There's not too much substance here in terms of intriguing story and it feels like we've played this before, but most people looking to play Halo 3 aren't looking for RPG elements in the game, they're looking to kill some Flood. If you keep your expectations in the middle and don't expect much, the story mode will pay out in the end. However, if you're looking for that awe inspiring moment, you'll likely need to pop in Bioshock or Gears of War to really feel like you've experienced something different.

Other than a lack of creative level design and pretentious storyline, the campaign mode it pretty solid. No, it's not groundbreaking by any means of the imagination, but it does live up to what we've expected from past two titles in the series. Whether that's a good or bad thing is your choice to make. The co-op experience in campaign mode is truly the way this game was meant to be played. Without a friend holding the fort down or standing by your side, you'll likely too often have to restart, frustrated, at the last checkpoint. Thank God this isn't the golden days of video games where 3 continues was all you had. Picky problems aside, although a bit tedious, the campaign mode is something we've seen before, but something we've liked as well.

Difficulty has been ramped up slightly in the upper difficulties such as heroic or legendary, but drastically dumbed down for the casual gamers on normal or easy. Be prepared to all but run through the game on easy or normal and not really feel the way the game was meant to be played unless you play it on heroic. In easy/normal, the grunts and flood seem to not even know of your presence until you're right in front of them, where as in heroic they're calling for reinforcements. In legendary however, there's no need for them to call anyone else; they'll likely take you down in 3 or 4 shots. Snipers tend to get extremely annoying in legendary and only upon restarting from the last checkpoint 2 or 3 times will you even notice where they're even hiding. Then you have to take them out. Without co-op, legendary will be damn near impossible as you no longer have that respawn potential to prevent you from constantly having to restart at the last saved checkpoint. And if you think AI controlled allies will help you 'finish the fight', think again. To even rely on them to take out a few grunts is too task worthy for them. They're best used as sacrificial lambs in order to scope out where snipers are camping in all difficulty modes.

In the multiplayer mode over Xbox Live, things change. Rather than the drudgery of mundane 'hit the switch' tasks in the campaign mode, your goal in the multiplayer side of the game is to either destroy the other team or to destroy everyone in your path. You can argue the same problems with the campaign mode plague the multiplayer mode, such as mediocre graphics and tedious level design, but with the addition of theater mode and Xbox Live itself, there's little left to be desired. Minus the Halo 2 spill over of 14 year olds that insist everyone's accent is hilarious, Borat impressions are still the rave, and that team killing is a good thing, it's replay value surpasses any console game I've come across in years. It is damn near flawless. Whether you're looking for a quick match with your buddies or a serious all out 8-on-8 war in a ranked game, there's something for every game here. If there is a flaw in multiplayer, it's the lack of maps. Sure 11 may seem like enough, but when 2 of the maps are rarely chosen randomly and you've played the others to death, it gets a bit old. I have a feeling though there's a method to Bungie's madness. Besides the 'Forge mode' in which you can edit any map with nearly any idea you can imagine, it's good old moolah. Why include 20 maps when you can milk them for $5 a piece as a download over Live for the next 12 months? I can't say I blame them as it worked wonders for Halo 2's multiplayer map pack, but it is still slightly disappointing.

The theater mode deserves it's own paragraph for not only it's innovation, but also for the shock value that no one else has thought of this yet. The premise is simple; check out your last 25 played games at any given time and save any portion you choose. Whether it's a screenshot you want to send to your PC, or a video you want to share with friends through Live, you have free reign. The replay camera depth is on par with most sports games like Madden and allows you to look at any player during the entire match at any given time. Possibly even more important to hardcore gamers than saving images and videos, is the potential strategy you can use to improve your gameplay. Not only can you check out the map itself without worries of being killed, but you can see every nook and cranny that people like to camp in or even ones you'd like to camp yourself. Theater mode truly brings a new and welcome innovation to console gaming.

Halo 3 'ends' a series that has been the shining star of Microsoft's consoles with a solid outing. While the game has it's flaws, mainly in solo campaign mode, its pros far outweigh its cons. This'll likely be a game you continue to play for months to come even after you 'finish the fight'. Whether it's on and off or if it'll simply be trader fodder will all be determined by the community of Halo 3 and Xbox Live players. With Bungie jumping ship to go back where it's roots are, as an independent company, and with Microsoft holding the rights to Halo, it should be interesting to see what the future holds for the franchise. Either way, based on Halo 3, I'll be there for the next battle as well.
Review Page Hits: 0 today (732 total)
mediahook