See how the invasion on Reach started in the prequel to the Halo series. Play as Nobe 6 in a fight to the death as you try and defend your planet from the never-ending waves of Covenant reinforcements. 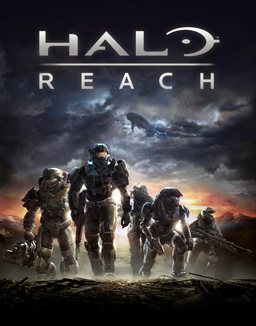 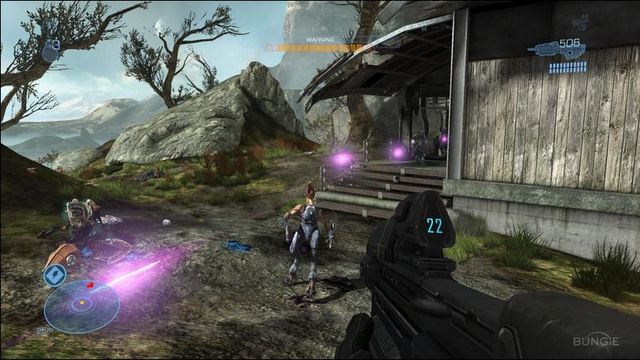 After much hype the newest Halo game has finally been released to great reviews. Although this game brings many new features and improvements to the Halo universe, it also falls short in a few places. First of all, the graphics. The graphics are nothing special and none of the characters or environment models stand out as amazing. There were also a few frame rate issues and random annoying enemy pop ups. The checkpoint system is also in need of a correction because it sometimes caused you to reload in a very bad spot. I found myself driving off a cliff and dying just as a checkpoint was reached, causing me to restart with my vehicle jumping off the cliff again. With numerous attempts to try and get back on track I realized it was too late since the checkpoint saved while I was almost in the water and started the mission over. Many times there are restarts with enemies already hitting you.

Another issue with the game is an issue that's been around for all the Halo games, the weapons. Although there are quite a few to choose from, none of them are fun to use. All the weapons seem outdated and generic and although this game isn't meant for you to feel like a bad-ass, it does feel like there should be more and better weapons to use. The enemies in the game feel more like a multiplayer opponent than an in-game enemy. They are very accurate with their weapons and can dodge almost any amount of grenades or other projectiles, no matter how many you toss their way at the same time. They also move side to side, and up and down at a very annoying rate; anybody who has played online knows the way people play - they jump in the air and side to side constantly while aiming and shooting you. Well that's how the game feels most of the time; the campaign feels like an online experience rather than a story mode.

Halo Reach starts off like most other Halo games, a brief scan to get to know the controls, followed by numerous missions of "Get from point A to Point B." The first few levels all require you to get from one spot to another while fighting waves of enemies. And just when you've completed the fight, the Covenant know exactly when their last guy has died because they come and drop off reinforcements. Most of the missions require you to go into a fortified area, kill enemies, push a button and then defend your area for evacuation against endless waves of reinforcements.

The greatest feature of this game is the firefights. Although the combat gets repetitive after the first couple of missions, the firefights are very intense and there are a lot of them. You are also constantly fighting different enemies on any given level. Unfortunately, sometimes it can be overpowering as some areas are very heavily fortified. It's nothing regular fans can't handle though, each level can easily be passed with only a few restarts.

The first few missions are very boring and repetitive but once you get to the 6th or 7th level that's when the game finally shines. The best missions in my opinion were the ones where you fly or drive. In one level you get to have a firefight in space and in another level you are driving around a tank and knocking out towers. There are 3 levels in which you get to drive some sort of vehicle and those are intense situations to be in and very fun.

The last 3 levels is what finally made me like this game, not because of the story but because of the gameplay. The story doesn't do much to suck you in, it's just a mediocre storyline at best. The intensity and longevity of the last few levels is what makes the entire game shine, too bad the first 5 or 6 levels couldn't' be the same way. Once you get to the end you realize how sad the story becomes, once people start dying it makes you start paying attention to the story. After the game is complete you get one last mission to try and survive and without spoiling anything for the player, I will say that it's very sad. But with the game over, you can see how the beginning started and you'll notice all the references to previous games.

The online multiplayer is what makes these titles stand out and Reach has plenty of new features. Reach now has a credit system which allows you to buy armor customization and the online mode also lets you choose armor and weapons at spawn time. Stockpile, Headhunter, Generator Defense, and Invasion are the newer online modes to the franchise and compliment the old ones just as well. Firefight, King of the Hill and Slayer are all in here as well. Each mode offers their own unique taste and will cause you to come back for more no matter how many hours you spend playing online. When you play online you also have the option to pick male or female characters as your own.

Overall I think this is an above average game. It has a few great additions but has many things wrong with it still. As good as the firefights are, I don't think this is a stand-out title because there are too many other great FPS games for this one to make as many mistakes as it did. I still think it's worth buying because of the last few missions and I think many people will agree. I just don't see it lasting a very long time as many other FPS games come out who will continue to push the envelope. Surely Halo Reach didn't bring anything new to the table, they just corrected a few mistakes and kept to their original formula.
Review Page Hits: 0 today (217 total)
mediahook