The History Channel: Civil War would be an interesting and fun adventure into the past of our nation...If it wasn't weighed down with so many problems. 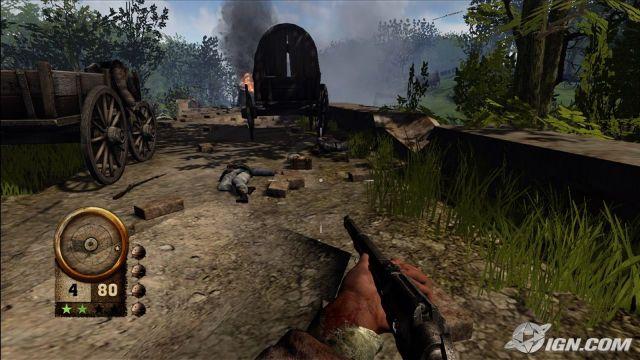 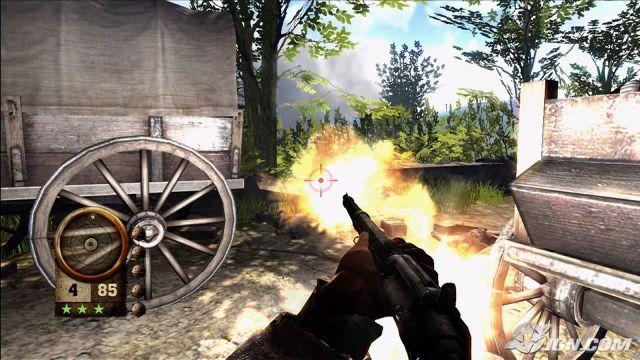 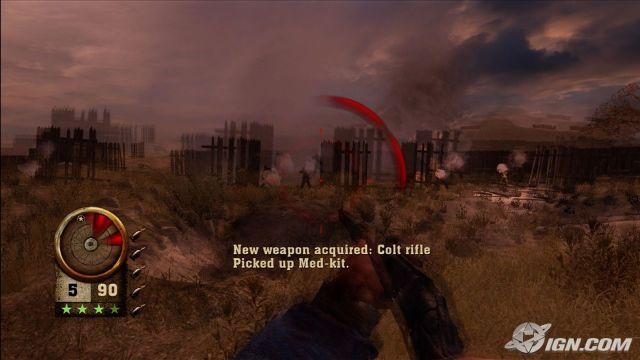 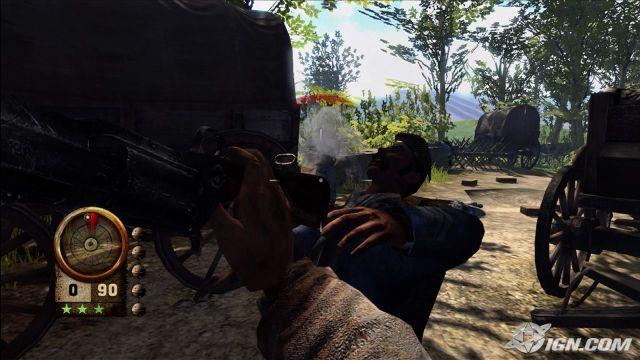 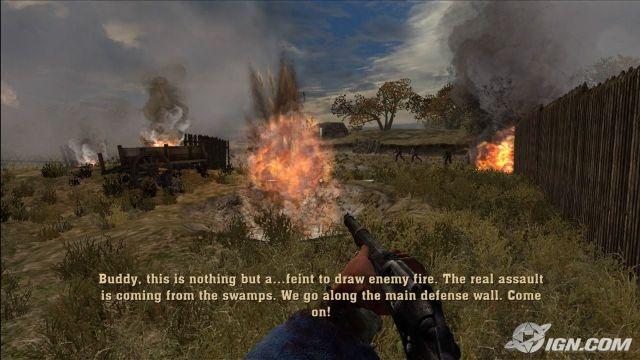 What better way to convey the grit and horror of the civil war than a game taking place in its most famous battles? And with the association and knowledge of the History Channel? I'm sure the people in charge of making this game asked themselves the same question. Truth is, the result hasn't turned out very well. It's not the worst game I've ever played, but it was pretty bad overall. Lets take a look at a few of the pros first in my review.

Historical Information- When you see the History Channel logo on the front of the game, it's obvious to see the History Channel did their part. In between each mission, you will be presented information about the next one in a small cutscene along with a map (read by the traditional History Channel "voice"). These bits are pretty interesting for any history buff, and provide good background for some of the more famous missions such as Chancellorsville and Bull Run.

Weapon Realism- A part of the game that shines is the realistic representation of the weapons of the Civil War period. Through the game you will have a variety of weapons including a gatling gun, cannon, knife, swords, rifles, heavy rifles, pistols, muskets, a sniper rifle and even some primitive grenades! Each is displayed well, and the sound effects of each are very realistic. It's also entertaining to see your character reloading by shoving gunpowder, etc., down the neck of a rifle. Some argue that the loading times are too long for most guns, which I believe is invalid considering the time period; it wasn't just a matter of slapping another clip in like today.

Helpful Aiming System- When your weapon is over an enemy, pressing the left trigger will cause you to aim at them directly at the head. This is helpful in spots where it is difficult to see, or if you are looking for faster kills.

Voice Acting- I actually think the voice acting in the game is so horrendous that it actually adds to it. I nearly burst out laughing at most of the lines spoken. They are either spoken with too much excitement, too little, or are odd and misplaced. Either way it makes for a funny mix.

There are a few more pluses about the game I couldn't fit. For anyone that cares, the game is a pretty easy 1000 Gamerscore. In addition, the game also provides a good supply of health packs, and a system that allows you to save wherever you want.

Now onto the cons of the title:

Lack of Character Attachment- Not to seem like a Call of Duty fanboy, but the game fails to make you feel any bit of emotion about each character you play as. In Call of Duty 4, I felt a huge attachment to each character, and the cut-scenes were very glorious and interesting. History Channel Presents does nothing to replicate that, each character feels like a stock soldier pulled out of nothing.

Stupid Friendly AI- When I say your allies are bad, I MEAN it. These are among the WORST teammates I have ever seen in a videogame. They run out like a bunch of useless dolts and are shot down quickly by the intelligent, swift, and in cover enemies. They are also inconsistent; at times they will all run with you, other times they just stare at you like a bunch of morons and barely do so much as move. Respawning also seems random, which is ridiculous, because at times it feels as if you are taking on the whole enemy without so much as a helping hand.

Replay Value- Definitely an issue here, once you've beaten the game there is almost no incentive to return. No new weapons, no new missions, nothing. There are a few collectibles, but they are worthless and nothing great.

Little or no Music- Through the game, I don't think I recall one point where there was music playing, besides the little scenes between each mission. Music can really make a game more compelling, just look at the music in some of today's titles like (again) Call of Duty, Resident Evil, or Final Fantasy. The music greatly adds to their experience, but you don't get so much as a generic track.

Elite Enemies- This game did get on my nerves a few times simply from cheap deaths. Like I stated, all of your allies are a bunch of idiots, too busy bashing themselves in the face with a hammer to help you. The enemies in this game are disgustingly accurate, even in situations where it would be impossible. Even if hiding in thick foliage, you will still find them shooting you. In addition, some cover doesn't work in the game; some enemies will shoot right through it as if it wasn't even there. Also, enemies seem to kill you from cheap respawns. Here's an example, let's say I clear out a huge field of all of its enemies. While focusing on continuing to the next objective, the enemy might decide to respawn right behind you. Then once that has happened, and you are focusing on shooting them, you will again see the enemy spawn behind you. What are you to do when you are attacked from all sides without cover? This makes for a few frustrating moments.

Inconsistent Explosion Damage- Let me give you an example: one level you will find yourself getting rained down upon by artillery, which will explode RIGHT ON YOU and do almost no damage. Conversely, in the same mission, I planted a barrel and stood behind cover from far away, and it killed me. How does this work? I have no idea but it is cheap, especially when enemies shoot explosive barrels next to you for quick cheap kills. Also, your grenades will sometimes be devastating to the enemy, and other times they seem to just shrug it off as if you had thrown a cotton ball at them.

Some other miscellaneous cons are some clipping issues, which will make it difficult to navigate some spots. Also, I want to talk a bit about the difficulty curve. I will then cover the graphics.

The difficulty curve in this game is pretty difficult. The controls are a bit unorthodox (such as reloading being a right stick click), which will take a while to get used to. You will also have to learn when the right time is to attack the enemies, without planning you will end up dead.

The graphics for this game are OK, nothing spectacular. They seem very under par with other 360 games. Draw distances are very close which doesn't seem to fit. Character models are very un-detailed, and most of the terrain looks grainy. In addition, at times the frame rate will take a noticeable dip, which can interrupt in a high combat situation. Despite those faults, the game is generally very colorful, which is better than the gray scale colors of most war games nowadays.

Overall, I don't think your typical 360 gamer would enjoy this game, at least not to the end. But if you are a lover of history, or a serious FPS fan looking for something new and interesting, try and find this in the bargain bin. Otherwise...It's history!