Good game for history lovers and achievement hunters, but with no replay value or hidden item incentives many will overlook this decent title. 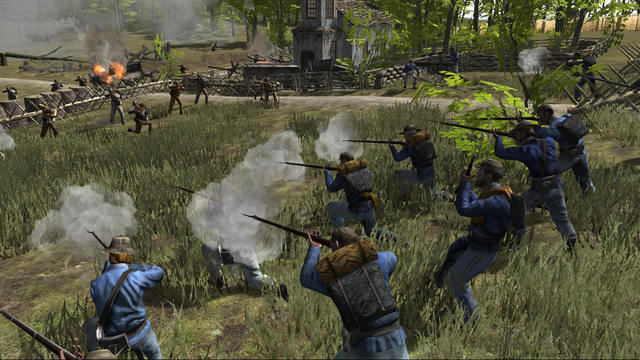 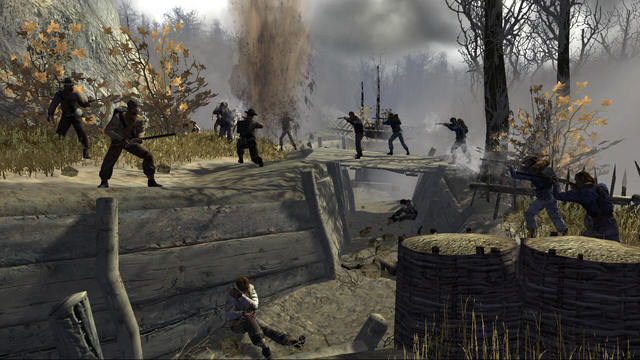 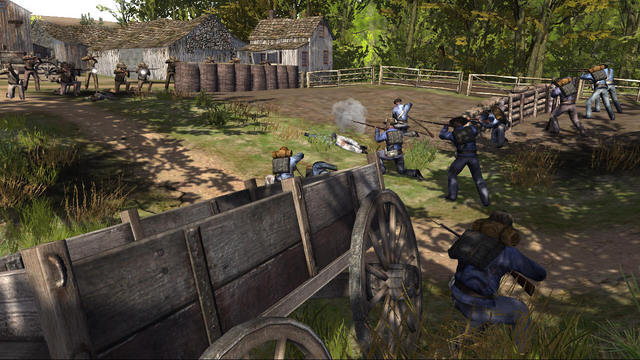 A Nation Divided may be looked upon as a budget game with little or no fun at all for true first-person shooter fans. It will easily be overlooked by the typical gamer and will most likely only satisfy those who are interested in the rich history that the Civil War era produced. This game may lack a lot of things for most gamers, but for those who are true history buffs may definitely want to play this game.

To start off, the game does a great job with the historical accuracy. It gives detailed dates of real battles and gives the motives and outcomes of the Generals who commanded each battle. Each mission even offers hidden photographs and journal entries or letters; however, they are just for your viewing pleasure and don't unlock any special abilities. The great thing about it is that they seem to be real documents and not some fictional, made up crap for the game.

The weapons are also historically accurate, showing rust and dirt and they even take a while to reload them as you try and duck from the enemy fire. The enemy fire, however seems to be very accurate. No matter how far away they are from you, more than likely they will hit you. The voice acting is probably the most horrible aspect of the game; the actors don't even sound anything like the way people would have spoken over 150 years ago. Not to mention when people get shot or are about to die they all make the same remarks throughout the entire game.

The environments are great and well-done for the time period. However, the graphics are a little less than stellar. When viewing things from far away everything has a sense of realism, but up close many things look like it has poor artwork design. The controls take a little bit of getting used to. Throughout the first few missions you may make a few mistakes tossing a grenade when you tried to cycle through your inventory or you might pop out of cover when all you intended to do was crouch. Once you get used to them, though, the gameplay becomes a little better.

The actual gameplay is okay at best. It won't really leave you with a sense of accomplishment once you've completed the game. The game, however, can be pretty difficult, especially because the enemies have deadly accuracy, and there are little or no checkpoints at all, so a quick death will have you starting all the way back at the beginning if you aren't saving often. The good thing about the game is that it does let you save whenever you want, so it's easy to reload and start if you keep dying. The missions aren't awe-inspiring, and once you complete the game you probably won't remember many of the things you just did, and likely won't pick it up again unless you missed some achievements, which are pretty easy to get.

The only positive thing about the game, besides it having above average gameplay, is the narrative you get after each mission. Regardless if you played the Confederate or Union side you will get a brief history lesson about that particular battle and how it really ended.

All-in-all it's a decent game. The weapons and slower gameplay will make a lot of people look the other way, but this game isn't bad, and is worth a play.

The game is available on Xbox 360, Playstation 2 and PC.