Agent 47 returns to deliver one of the most promising and fulfilling experiences in the Hitman series to date. 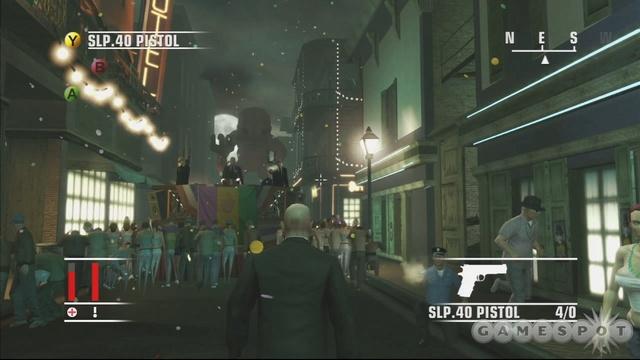 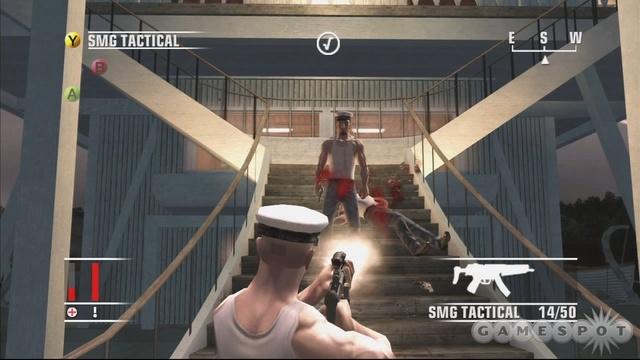 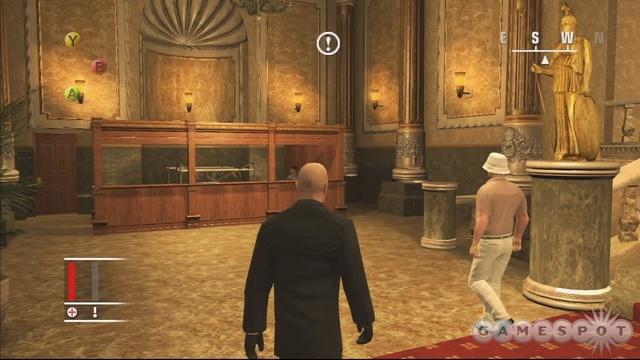 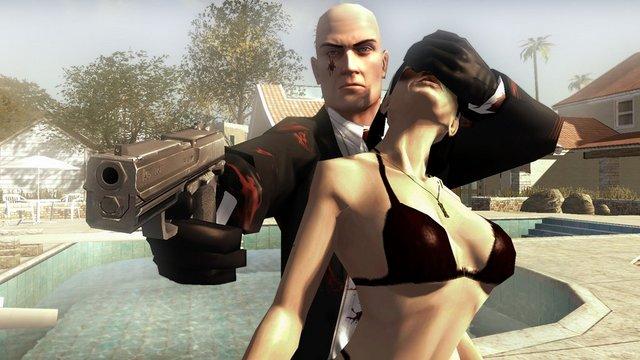 The Hitman series has always garnished a huge fan base for offering a new take on the stealth genre by giving players a chance to change their look in order to infiltrate different locations. While the past Hitman games practically changed nothing throughout its entire span, the latest installment is hands-down the best of the series, giving players much more freedom and customization to handle their objectives.

Hitman Blood Money once again stars Agent 47 as the ruthless contract killer who will go to extreme lengths for a nice hefty sum of cash. Each mission starts out with Agent 47 receiving his objectives (along with this briefcase of cash) and than the rules as to how he must behave, or more importantly how well he can kill effectively and efficiently. Agent 47 soon comes to realize this his own agency is being targeted and destroyed from another secret organization bent on creating the perfect clone army. So while Agent 47 is doing his evil deeds for unknown supporters, he must also try to figure out who this other organization is, all the while remaining totally inconspicuous.

Part of the fun of Blood Money stems from the diverse locations Agent 47 will be traveling to this time around. While the different areas themselves are worth mentioning, it is truly remarkable at how well the different worlds react to Agent 47 and his movements throughout each level. Characters will act differently depending on the situation, running away at the sight of dead bodies or stop by for a quick chat if you happen to blend in quite well. This sense of freedom is what makes the Hitman series different from other stealth games, as players truly feel that they are a part of a living, breathing world rather than just performing objective after objective to reach a certain goal.

Eidos has done a good job of giving each level in Hitman Blood Money its own unique feeling, putting Agent 47 is some of the most bizarre and diverse locations ever. Agent 47 will travel aboard a steamboat on the Mississippi River, attend a Hillbilly Wedding in Alabama, visit an Opera House in Italy, and even sneak into the White House in Washington DC. What makes some of these levels so fun to navigate is the sheer size that most of them exhibit. Each level feels exceptionally large compared to other stealth titles, with some levels having tons of rooms to enter as well as dozens of characters to interact with. One level in particular, Mardi Gras, features nearly 100 people on screen at a time, with Agent 47 doing his best to stay unnoticed while trying to infiltrate a well-guarded building. Scenarios like this help create a sense of tension as there are tons of witnesses to keep you well-behaved, but also plenty of people to steal clothes from to get the upper hand.

With the great assortment of levels expect to be blown away by the immense amount of details and visual sights in the game. One level in particular has you infiltrating an Egyptian-themed Casino, complete with restroom signs, spinning slot machines, and even a worker cleaning up that spill on the floor in the lobby. These minor details help make Blood Money feel like a living breathing world, one in which you will no doubt stop to enjoy once in a while. While these levels feel almost real to a certain point, it's a shame however that when Agent 47 tries on a new pair of clothes they suddenly just appear on his body while the old clothes are perfectly folded at his feet. Every time you try on a new pair of clothes you can't help but feel you are playing a 10-year-old game, that's how bad the animation looks. Other than that minor nuisance, the rest of the game looks almost lifelike and awe-inspiring.


Unlike other stealth games, Blood Money allows you to broaden your horizons and use any means necessary of achieving your goals, whether that means remaining completely quiet and not hurting any innocent bystanders, or running into the foray with guns blazing and killing anything that moves. While you could complete the game by doing any of these scenarios, it will more often than not pay to remain quiet. Throughout the game, Agent 47 will have the ability to don the clothes of anyone he kills or knocks out, making gaining entrance to otherwise "private" areas that much more accessible. Using your wits to achieve the different styles of clothing is essential to being an effective killer. On some levels in particular, there can be over 15 different types of clothing, and only certain types works in specific areas, so be prepared to change your clothes quite often.

But theoretically you could always just kill someone who is standing in your way and do your best to hide the body. While most levels have many spots where you can easily hide bodies, such as dumpsters or storage bins, leaving bodies where people can see them will raise suspicion and ultimately cause you to fail the mission since everyone will know whom you are and what you did.

Remaining unnoticed is not only a key aspect through each individual level, but it also has a much more important role in the overall scheme of things. Added to the Hitman series is a new Notoriety system, which calculates how well you stay hidden in each mission and whether or not your job was clean or a sloppy mess. Essentially, you could complete the entire game without ever having any Notoriety points if you manage to do a good job of completing your tasks in the most effective manner. If you are one of those players however who casually leaves dead bodies lying around, shoots into crowded areas, or gets caught doing some unnatural things on camera, than you will no doubt be penalized for your actions. Your Notoriety will rise depending on how poorly you perform, and the higher it gets the harder missions will become later in the game as almost everyone will start to recognize you right away, making getting into secluded areas that much harder to obtain and manage. While the Notoriety system is a great new function, it really does not play into effect that much as after every mission you can simply bribe your way out of trouble, which can lower your Notoriety.

After every mission players will be rewarded with tons of cash, as well as the ability to upgrade your weapons and gadgets. Being able to add new customizable features allows Agent 47 to become a much more effective killer, with his guns now having laser-sights, less recoil, and even silencers. Despite this new feature, the only weapons you will really ever use throughout the game are your Silverballers (handguns), Sniper Rifle, and Fiber Wire, which makes upgrading feel like a bore since it can be so one-sided . It is quite manageable to complete the entire story mode without ever having to whip out an automatic weapon, which deems the upgrading system useless for those specific guns.


If you can look past the new customization and Notoriety features, than you will enjoy Hitman Blood Money a lot more. While some fans may enjoy the sense of being a gun-toting assassin with that "world out to get them" feeling, avoiding detection and remaining inconspicuous will offer more fun in the long run. Using your wide array of disguises to achieve the different outcomes is a fulfilling experience, and watching everyone around you die while you simply walk out the front door unnoticed is always rewarding. Newcomers should not be fazed by the fact that Blood Money is the fourth installment in the Hitman series, as it offers enough diversity and charm to keep you hooked until the climatic ending. Hitman Blood Money is all-around the best game in the series and worth every penny.
Review Page Hits: 0 today (176 total)
mediahook