Pixelated 8-bit nudity for the NES. Collector's item only! 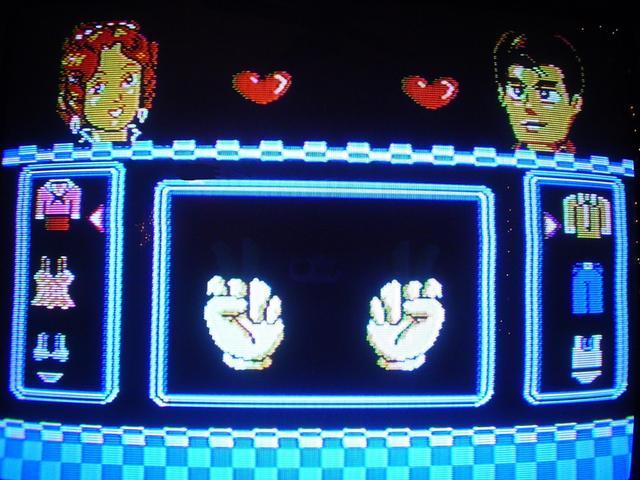 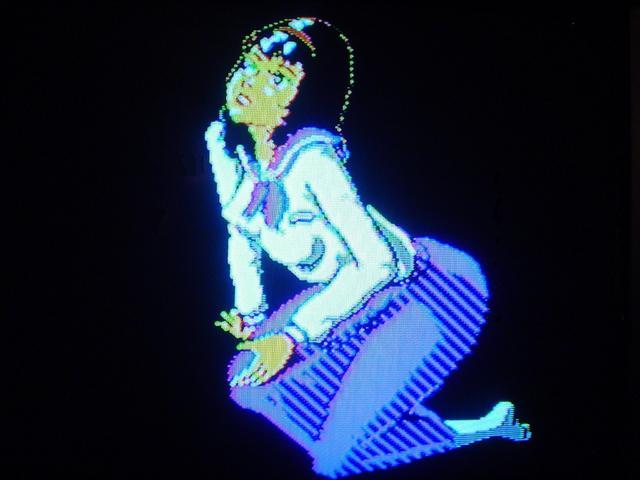 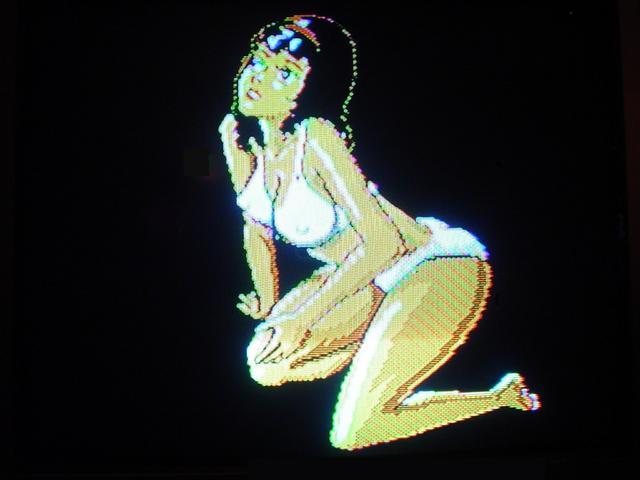 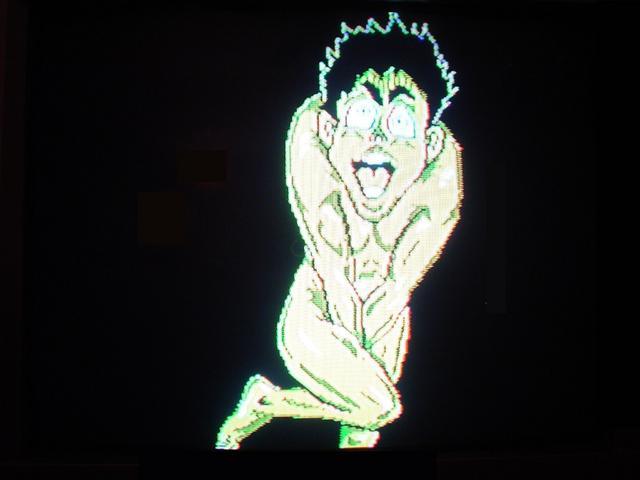 Honey Peach is an unlicensed game released by the Taiwanese company Sachen around 1990. Just like the Panesian counterparts (Hot Slots, Bubble Bath Babes, and Peek a Boo Poker) this game contains 8-bit pornography and is basically a collector's item only. Unlike the Panesian games, this one is not as highly sought after.

There is nothing on the back of the game's box to give you a hint as to the game's contents. It only has a website address, http://sachen.com.tw, that is no longer functional. The "manual" that comes with the game is only a photocopied piece of paper that says the following (I have not corrected the grammer or spelling errors, this is actually what the manual says):

I. Introduction
Honey Peach is a game of scissors, stone, and cloth which most of us had played it before. You will play against four beauties from different country. Each time you win, the beauty will take off a cloth of hers. If you lose, you will....

II. Game Controls
Left and Right Arrows: 0-9 A-Z [used for the passwords only]
Up Arrows: Scissors
Button B: Stone
Button A: Cloth / take the word.
Start Button: Start the game.

III. Hoe To Play [it actually says hoe]
In the demo screen, you can enter the pass words to choose your opponent. Then in the play mode, show your gesture when you have decided and you will play with next opponent as you conquer this.

There is no strategy involved in the game. Basically, just press a random button till you have beaten the girl twice in a row or lost twice in a row. When you or the girl has lost twice in a row, an article of clothes is lost. This occurs three times till there is a winner and three items of clothes have been lost. You see a picture of the girl after every time she has removed some of her clothes. None of the pictures are actually pornographic. The girls will, at most, be topless. After you beat a girl, you will be given a password (it flashes on the screen too quickly to actually right it down) and then you will advance to the next girl. You will see a picture of the guy (naked, but covering himself) if you loose three articles of clothes. The game ends/resets when you beat all six girls. No ending or message.

Game Overall:
The sound, replay value, and controls are all horrible. I had to give the Gameplay a D+, because there are some unlicensed carts that can not even be played. The graphics are actually pretty good for an unlicensed NES cart. If you are able to copy the passwords, you will be able to "beat" the game in five minutes. If you are not able to finish it in five minutes, you will be so frustrated by the controls that you will stop playing. Only get this game if you are a hardcore collector.

Interestingly, the cart contains a "toggle" switch (similar to some Camerica carts) that bypasses "New" and "Old" NES system lockouts, plus, it has an "Adaptor" option. I played the game with the switch toggled to all three options and I did not notice any differences.
Review Page Hits: 1 today (165 total)
mediahook