In a fairy tale world, a young boy is imprisoned in a dark and ancient castle. Inside, he befriends a young girl who is also held prisoner. Using his wits and cunning, ICO must escape the castle walls and save them both from the evil inside. 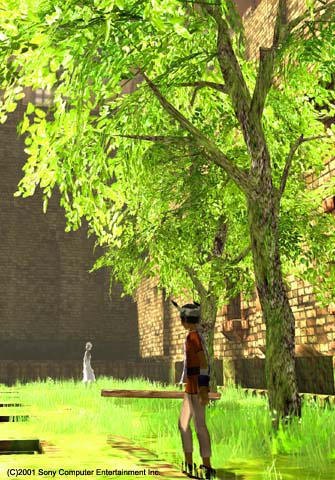 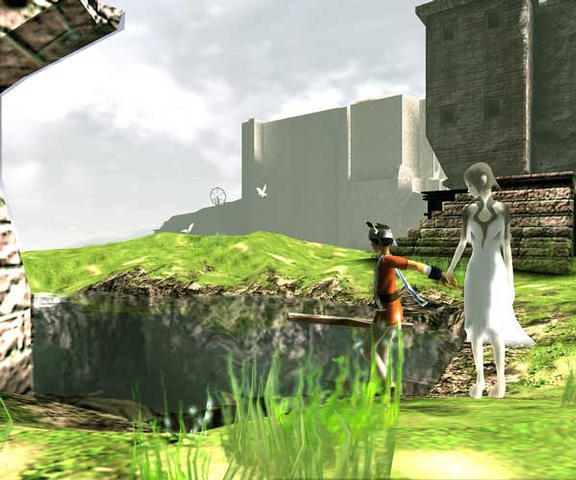 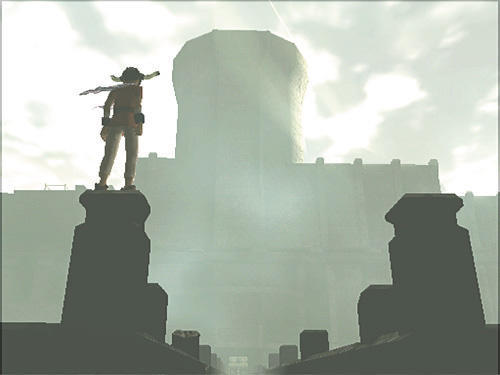 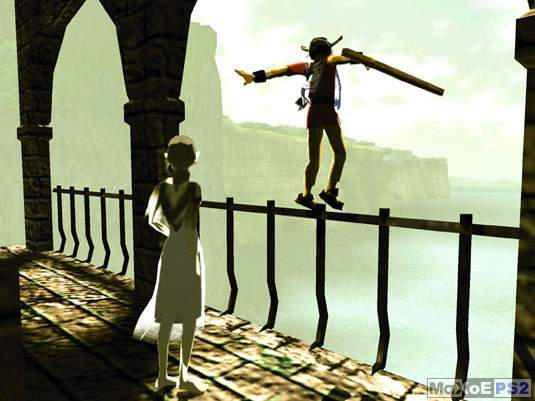 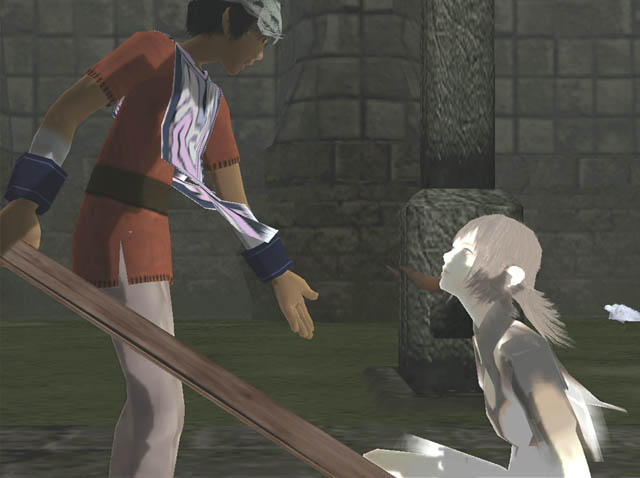 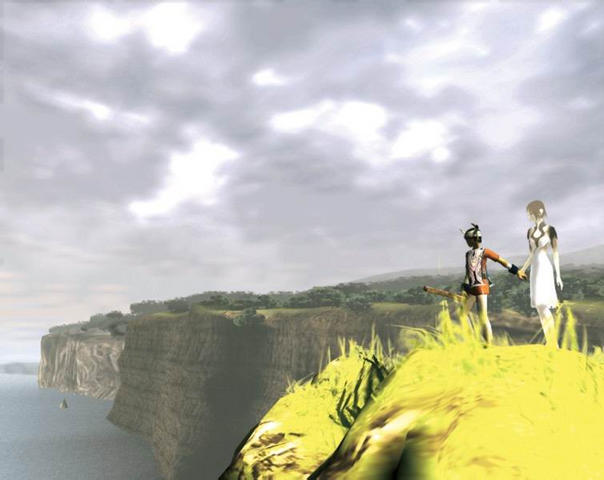 Writing a review for ICO is like trying to describe to someone what being underwater feels like. If you've never been underwater before, you must simply see it and feel it for yourself. Would it make any more sense to you if I described it as a moving painting? Gaming as an art form? What about "Art", in general?

ICO is a game unlike any you've ever played before. It is that consistent refreshing feeling while playing this game that has brought its cult status through the roof. Yes, this game is god. No, I am not some silly fanboy raving on and on like a school girl with her new Mary Kate & Ashley game. There is a reason that everyone who has played this game has come away with the same refreshing feeling. When originally released, back in 2001 for the PS2, this game came out of nowhere, being overshadowed by the release of Capcom's mega-hit, Devil May Cry, on the same day. However, a collective exhale of breaths was heard around the gaming community as one by one, gamers fell in love with the beauty and charm that is known as ICO (pronounced Ee-ko).

The story is quite simple. In a fairy-tale world, a boy is born in a small village with horns on his head. The villagers are terrified and for 12 years they blame all of their misfortunes on the curse of this horned boy. So at age 12, the villagers take our hero, ICO, off to an ancient and magical castle and imprison him there, hoping to eliminate their curse. But ICO escapes his confines and looks to escape the castle walls. Before he leaves, however, he sees a strange young girl named Yorda. She doesn't speak the boy's language but he knows that she is a prisoner, too. He grabs her hand and they make their way out. But an evil and powerful Queen rules the castle and she does not want her daughter set free. And the game starts...

Befriending this girl was ICO's biggest problem. Why? She is a total airhead and must be led around the castle at all times. She has the tendency to wander off, whether she's escaping danger or quietly watching birds peck at the grass or fish swim. Therefore, the game lets you "call" her using a simple button press that will have her scurry back towards your voice and grab your hand, ready for the next adventure. It's real sweet.

The game has you dragging Yorda around confronting the various obstacles in your way. Nowadays, when you hear "obstacles" and "puzzles" you think Tomb Raider or any other tired, old franchise that uses lame ass key-finding and crate pushing to advance the game. Trust me; this is not like that in any way. There are no "I need a key" door puzzles that have you backtracking across the entire map every minute. The puzzles found here are like no other game and I do not wish to spoil them for you in this review. Remember me calling it "indescribable"...? It truly is.

There are other obstacles in the two childrens' way. Vicious demons that take the form of shadows can be very menacing, especially when a pack come flying from the distance or come straight out of the floor and the walls. Unfortunately, ICO was the runt of the litter. He is not your muscle-bound-axe-wielding bad ass, but a young and scrawny kid. The shadow demons have no interest in ICO but are very persistent in the capture of Yorda, the princess. If they drag her through their shadow hole, the game will be over. ICO can use sticks and such to fight off the shadow demons, but combat and killing are not the game's focal point despite the animations looking so cool.

Solving puzzles, fighting shadows, and leading Yorda to safety are all this game is about. It's funny that a game so simple in concept and approach can be so entertaining and satisfying. The atmosphere and setting help define this game. It draws you in with its water-color graphics, swaying blades of grass and clouds, soft music, subtle animation in the backgrounds... ICO is all about mood and tone. And it is done brilliantly.

Up until this point, the game has no flaws. Gameplay, graphics, story, and characters, are all superb. The only major downfall of the game comes when the game is over. You see, there is no alternate ending, like the Japanese and Europeans got. There are no major items to get in the second time around, other than a specific sword. But that's it. The game is over in about 5 hours for the average gamer, which may turn many people off. But if you can pick up this title for less than $15, I would definitely suggest doing so. This game is a classic in the truest sense. Put it on your shelf and revisit gaming history every now and then.

So why didn't ICO sell well in the United States? It could possibly have something to do with the ghastly cover art. Once again, the Europeans and Japanese get a step up in this category, too. ICO has one of the worst covers ever found on a videogame. I'd even say the first MegaMan for the NES looks better. It is funny and ironic, though; that we get bad cover art... it could possibly be even done on purpose. Because while playing ICO, the game shows us that it is only the beauty inside that is real. The characters never speak to each other in a language they both understand, yet their communication is both powerful and understood.

There are a few games that every gamer must play in their lifetime. Some are old, some new. Some begin with "Final", some with "Super", some with "Chrono", and some with "The Legend"... yet ICO deserves the same credit. It is both moving and inspiring. If you feel how most feel today, in that our beloved video game industry is a growing art form, then do yourself a favor and get the epitome of this art form. ICO is a work of art as pure as anything ever hung on a wall. -Lino-
Review Page Hits: 0 today (201 total)
mediahook