Journey to the Center of the Earth (PC)

This is a puzzle-filled adventure that takes Ariane, a photo-journalist, into a wonderful underground world full of amazing people and places. 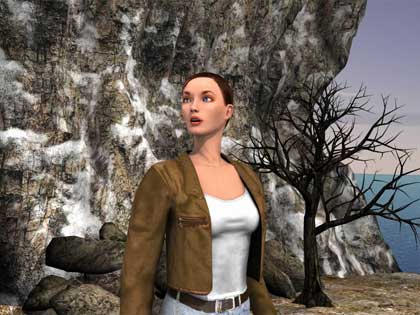 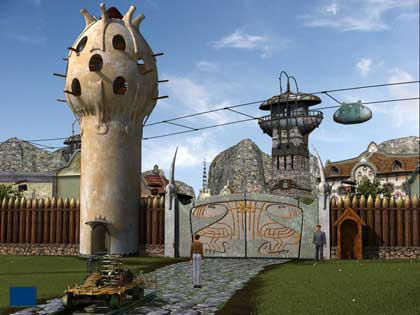 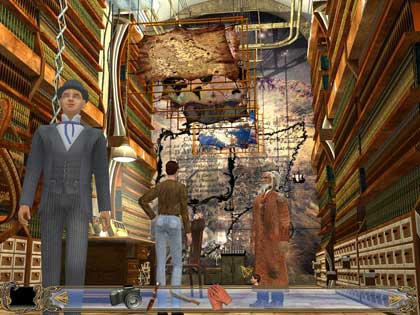 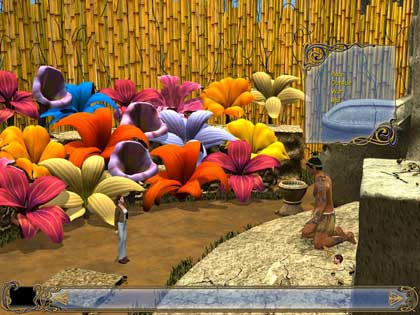 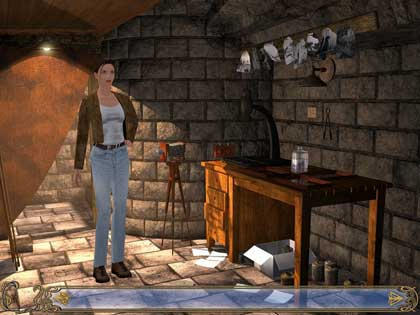 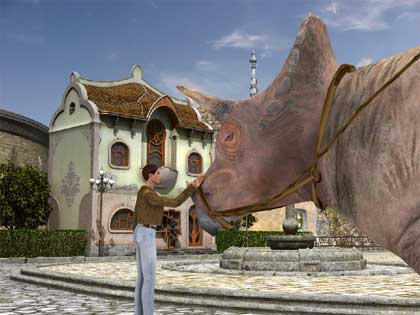 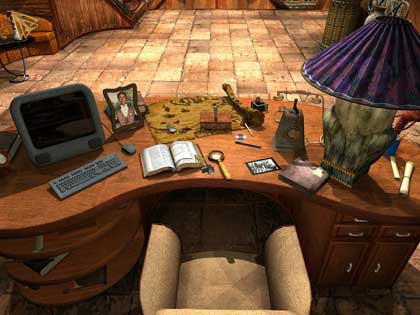 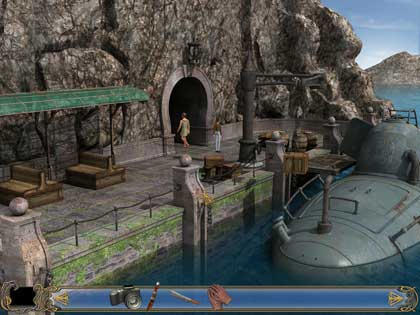 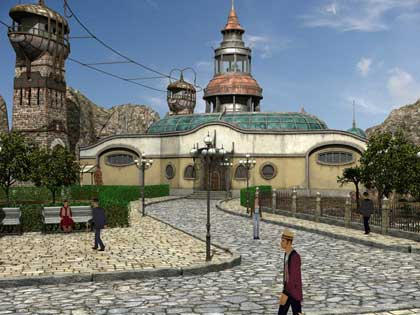 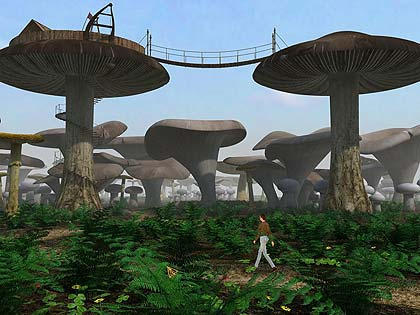 Journey to the Center of the Earth is an adventure game that was inspired by the Jules Verne story. As you would expect from any decent adventure game, this one was full of puzzles and stunning graphics.

The character that you play is a young female photo-journalist by the name of Ariane. She is determined to try to get the story of a lifetime that will greatly advance her career. The game opens with a movie sequence in which Ariane is in a helicopter, and she is taking pictures of the mountainous area around Iceland. They decide to land on a ledge so that Ariane can get better pictures, and within a few seconds of her stepping out of the helicopter, a rock-slide occurs that damages the helicopter. The pilot has disappeared, and now Ariane is stuck on this ledge without any way of escaping. At this point, you are given control of Ariane, and she must find a way out. After gathering everything she needs from the wreckage of the helicopter, she finds a hole in the rock wall, and when she steps through it, the adventure begins.

Most of the game is spent exploring the underground world that Ariane has discovered. During the journey, she will encounter dinosaurs, giant people, and a city that has balloons and trams. Of course, there will also be plenty of mind-boggling puzzles to complete along the way. I found some of them pretty difficult myself, but there was always a walkthrough available if I needed help.

As the game goes on, you begin to uncover a hideous plot by some the town officials to use the local Giant race as cheap labor for mining. This leads you up to a point in the game where you must make a moral decision as to what you are going to do about what you have seen and learned about this underground world. Ariane must decide if she is going to go back to the surface and show them what she has discovered (thus boosting her career), or stay and help the people of this world by exposing the plot that I have mentioned before. I am not going to giveaway what each decision does, but I can say that they each have their own set of consequences. I can also tell you that the second choice (helping uncover the evil plan), will lengthen the game. The first choice (taking evidence to the surface), ends the game immediately , but the second choice, I would say continued the game for probably another four to five hours.

The graphics had to be the best part of this game. Some very colorful areas, and many stunning and visually attractive environments. The sound was very good as well, with plenty of ambient effects, and the voice tracks of the people you will be interacting with are quite distinctive. Background music was pretty much non-existent.

There were some issues with the gameplay. Most of them had to do with moving Ariane, and trying to find needed puzzle items. The movement cursor was a set of footprints, and at times it was hard to see were that cursor was, and sometimes you would be unable to move Ariane where she needed go. But thankfully, that situation did not occur too often, and when it did, it just took a little patience to find the correct spot that would trigger movement. Unfortunately, the problem of trying to find items happened more often. The objects that you could pickup did not have anything that distinguished them from the rest of the game world (like highlighting them). So because of this, you sometimes had to move the cursor over the game screen until the cursor changed to a hand (action cursor). The interface was easy to use, with all the functions you need a mouse click away.

The replay value for this game is not that high. There are two different endings that you can explore in this game, but even this feature does not merit a high replay value because you can easily save before the moment in the game were you decide which path to take. Saving at this point allows you to take a look at each ending, and therefore avoid playing the entire game again just to experience the alternate ending. There would not be much difference with the rest of the game as well if you were to play it again.

The learning curve for this game was not that bad. There is not a tutorial mission, but at the back of the manual, there is a section that goes through the first 10 minutes of the game. As that section explains, most everything you need to know in order to make it through this game can be learned within those first few minutes.

One of the nice features of this game is Ariane's laptop computer. The following functions were present on her computer: My Documents (all books, letters, or any other documents that she finds), Encyclopedia (provides information on anything she examines), Mail (e-mail, either sent or received, but once you go underground, you cannot send any more e-mails), and Photos (a collection of pictures that she has taken with her camera). The computer can be accessed by right-clicking the mouse, which brings up the inventory section on the bottom of the game screen, and from there you just go all the way to the left-hand side were the computer icon is. Click on that icon, and the computer options that I just listed will show up.

As I said before, the right mouse button brings up the inventory section that appears at the bottom of the screen. Any item that you can pick-up, will appear in this section once you take that item, and some items will always be there, like Ariane's camera and her laptop computer. Most of the items you find in this underground world are needed to solve puzzles, so be sure to avoid losing any. There was no need to worry about inventory space, because most items were used fairly quickly after you found them.

This may not have been as much fun as some other games I have played, but I still believe it is a game worth trying. So give it a shot and be prepared to explore an underground world unlike any other that you have encountered before.