Falling into the crypt with Arrested Development, Kidnapped is yet another example of a show that should not have been judged merely for its ratings. 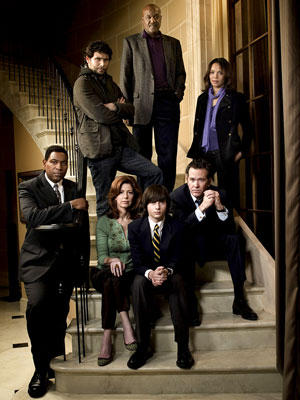 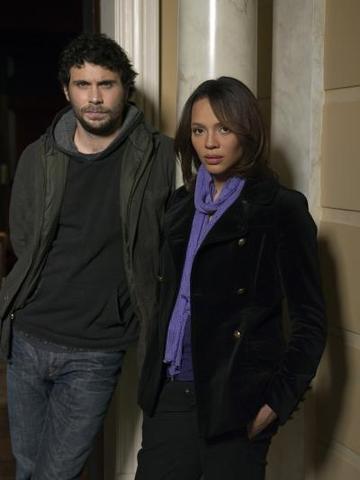 In a TV season that was somewhat unremarkable, there was very little to talk about outside of the Sopranos. Outside of House and Lost, there were no great season finales and on a personal note, I didn't find any new shows of interest. However, after reading a positive review, I Netflix'd the now-canceled NBC series Kidnapped. Expecting yet another poor NYPD Blue clone/offshoot, I found the season's hidden gem. It's interesting for a number of reasons, not the least of which is its cancellation, which shows why NBC continues to be the laughingstock of primetime (c'mon...you tell me they couldn't have tried it a spot other than 10 p.m. on Wednesdays?); the refusal to market the show properly (as a serial drama, rather than a by-the-numbers crime show) and insistence on trigger-happy decisions are just too bad. That said, the unfulfilled fiscal potential does not encumber the fun of the clever, exciting 3-disc DVD set.

The show begins with the kidnapping of Leopold Cain (Will Denton), son of mega-mogul & New York businessman Conrad Cain (Timothy Hutton). Because the family has been instructed not to involve the police, they enlist the help of a private investigator specializing in kidnap & ransom cases: Lucien Knapp, played with poignant effortlessness by Jeremy Sisto. He and his stunningly attractive techie Turner (Carmen Ejogo) immediately size up the situation and set out on a 13-episode quest to unfold all of the kidnaping's various complexities. Along for the ride are the always solid Delroy Lindo, playing the role of soon-to-be-retired FBI Agent Latimer King; Leo's bodyguard Virgil (Latimer's brother-in-law; don't worry, it's not just coincidence), the stoic, burdened Mykelti Williamson; the rest of the Cain entourage; and various different agents & villains one would expect from such a premise.

Shows like the aforementioned Lost have revived the TV cliffhanger, but Kidnapped's unique one-day-per-episode approach utilizes the limited omniscience of the viewer almost to perfection. You will never be subjected to an episode that just mindlessly stalls to hold off the eventual denouement (a perk of the unfortunately-shortened 13-episode season and what has become one of the downfalls of a show like 24). The urgency of every minute, as in a real kidnapping case, derives from precise production and stellar acting. Especially in the first few episodes, the mantra of "every second counts" seems to apply, particularly for Knapp, who is a mix between Jack Bauer, Gregory House, and Firefly's Cpt. Malcom Reynolds (e.g. "You see, here's the thing: I don't have time to play this game, so we're gonna jump straight to the lightning round, which means that every time you say 'I don't know,' I'm going to kill you".)

Admittedly, I was wary of a series headed up by Sisto, who has picked emasculating and/or downright irritating roles in the past. However, I was surprised to be...well...pleasantly surprised at Sisto's perfect transition into the role of a troubled former FBI agent (the connection between he and King is ALSO not a coincidence), haunted by failures past. That sounds cliche, but the divergence from the robotic vigilance of a Gil Grissom and the purely humanist mush of previous Sisto roles gives the show a feel all its own (a very underrated trait for a show that must market itself as a crime drama). Shows like Criminal Minds, CSI, & The Wire have all put their own spin on humanity's own animalistic urges (and those who succumb to those urges) and that's why they're all great shows in their own right; in my mind, Kidnapped fits right into that category of defying categorization, but it will have to be judged on far too few episodes.

With its curt, yet intense, storytelling, Kidnapped brings us into the past, present, and future of the Cain family. It turns out that Leo Cain is not the average prince of New York, nor is his father the consummate and infallibly regal symbol he seems to be. The humanity of the show is ultimately its saving grace because with a few slips of the plot into mere "good vs. bad," the show could have as bad as NBC suggests it was. The penultimate scene is not unfamiliar, but the underlying idea of violence-as-porn is what elevates the scene and reminds us of King's earlier warning: "we're all animals".

The FBI and Knapp start out as opposing forces shoving one another towards the ultimate goal of finding Leopold, but the continuious intermingling between the two becomes important as both sides realize the value of each other. Specifically, Lindo and Sisto make a dynamite pair on the screen. The back-and-forth shows us so many things at once: former friends, possible rivals, two different pictures of justice, etc. For the film student or aficionado, their connection is one to be observed and analyzed; for the average TV watcher, it's just fun to be along for the ride with two great personalities.

Beware of renting the first disc because you will, in all likelihood, be hooked on this vibrant and twisting tale. Much like the Robert Louis Stevenson book of the same name, the show has subtle subplots, running in and around the blunt business affair of kidnap-and-rescue. And know that just when you think you've got the entire matter sorted out, there is certainly one more card up SOMEBODY's sleeve.