The Story is Indeed Not Over... 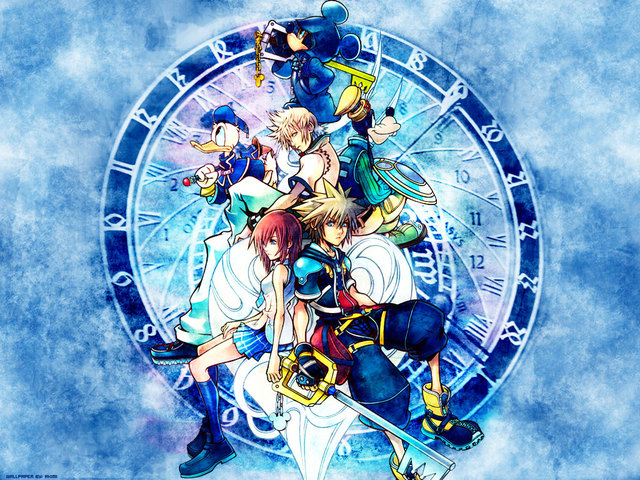 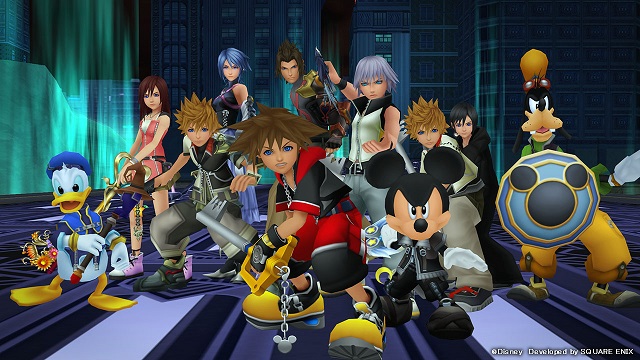 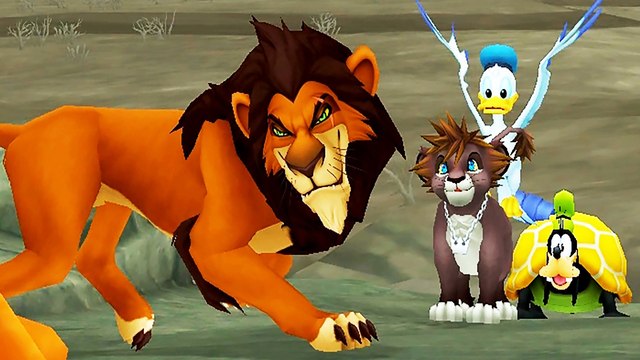 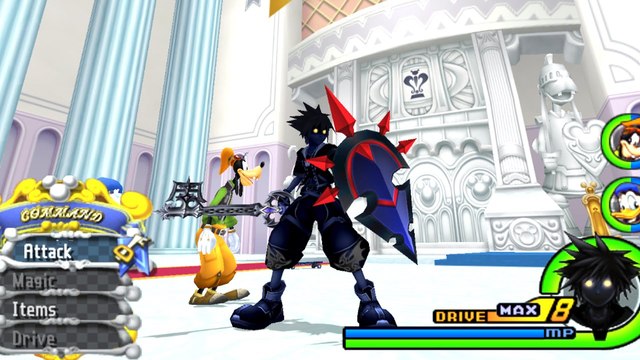 Gameplay/Graphics:
Kingdom Hearts II has evolved and advanced the combat system this time around. Although it relies too much on button mashing, it does satisfy with the God of War contextual button commands, as well as significant drive modes, and limit breaks. Fans of the Final Fantasy franchise will definitely be satisfied to know that this game does deeply focus on drive and limit combos. Speaking of combos, that is what KH2 shines with. Combo after combo, leading up ultimately to the one big question that keeps you wondering, "How many more combos can I land on these bastards??!!" Some people tend to think that the platforming and RPG elements aren't too focused in on this time around and I somewhat agree. There is zero platforming, and the RPG elements are present but limited, but not completely ignored. Magic and powering and leveling up characters is indeed a large consumption of the game, as well as learning new abilities and combos as well. Some of the magic abilities seem limited, and you will be hitting the "X" and Triangle buttons more throughout the game rather than worry about which magic you are going to use next. Another thing I would like to mention is the difficulty this game offers. If you were a master of KH1, please play this game on Proud mode, because the beginner and normal modes are way too watered down. Literally, I beat the final boss and at the end of the game I still had 31 Hi-Potions left, 2 Elixers, 1 Mega Elixer, 20 Potions, 15 Ethers, 10 Mega Etthers, and 10 Tents. The graphical animations are also great once again, and while there are few glitches within the game, the character models and textures and environments stand out and come to life more than ever this time around.

Sound:
As in KH1 the sound is superb. From the opening FMV song to the soundtrack within the game, the musical score is beefed up and enhanced more than ever this time around. The character dialogue is again top notch for all of the Disney characters, including Sora and his friends alike. However, when we come to the Final Fantasy characters, that's when the voice acting takes a dive downward as it did in the first game. Although the physique and quality of the character models are impressive, the dialogue is what brings them to life, and that is one thing that makes characters such as Cloud and Sephiroth (sad to say) sound boring and bland. When I reached the Sephiroth battle I almost puked in my soup at the look of his horrible pixelated lip movements. Let us just hope in KH3 there will be better voice acting for the Square-Enix characters (if it ever gets released that is). Other than that small flaw, the audio and musical score is pure joy.

Control:
The control scheme is more responsive and feels easier to handle this time around thanks to a few new features. The most notable of these is the new camera system. Instead of having to press "R2" and "L2" for camera motion, the movement can be done with the ease of the right analog stick. This makes it easier to move around and explore your environments to see where something is or locate an enemy with ease. Also, the reaction commands are extremely useful. Thanks to these contextual button presses you enable Sora to perform such in game motion sequences similar to those seen in God of War or Shenmue 2.

Replay:
Lots and lots and LOTS of replay value offered in this amazing title. Multiplayer is not even an afterthought once you beat this game. It is a straight up single player Action/RPG with enough replay value to keep you motivated until you finally achieve level 100 and obtain the ULTIMA weapon. Once you beat the game there is a ton to go back for including the Ultima weapon, beating Sephiroth, (which again is NO easy task), unlocking all of the underworld tournaments, and unlocking a "secret" ending after the credits. There's tons of content, for a long epic adventure.

Overall:
Kingdom Hears II can satisfy even the most avid of gamers by offering its unique 30+ hour epic story line, unique and memorable characters from the Disney and Square-Enix universe alike, and the amount of fast paced action that has been added to this sequel. Even though some of the dialogue for the Square characters may seem funky at times, and the feeling that your "X" button will break due to the constant button mashing are minor twitches that can easily be overlooked in this type of game. What a story, what an adventure. What a journey. Kingdom Hearts II delivers everything plus more this time around and should be enjoyed by anyone who owns a PS2/PS3 (or even PS4 come March 2017) and has had a happy and memorable childhood.
Review Page Hits: 0 today (700 total)
mediahook