The Apple iBook is a series of laptops by Apple computer which lasted between 1999 and 2005. This solid laptop has some very good features and, like all Macs, they are very user friendly. Very sturdy when compared to todays laptops. 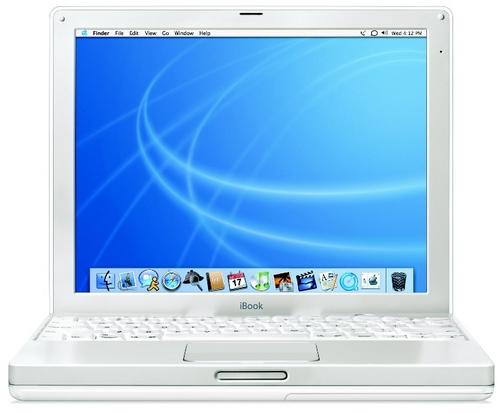 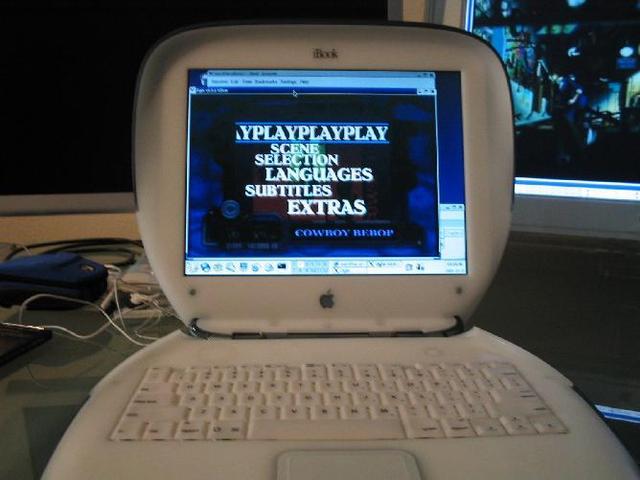 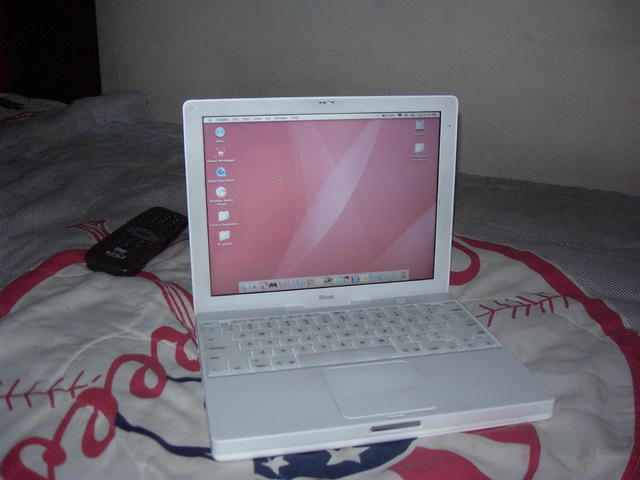 The Apple iBook is the first commercial series of laptops released by Apple computer. Before the iBook was available, you could have bought a Powerbook Pismo which were more reserved for business people.

The iBook came in 3 main models. The iBook G3 Clamshell is, as the name insists, a clamshell style notebook weighing about 6lbs. It featured a G3 processor ranging from 366mhz to 600mhz. The RAM installed ranged from 64mb to 128mb, but it was expandable to 384mb. though there was a second generation that was expandable to a 640mb RAM. It's hard drive size ranged from 6gb to 10gb, though it was expandable to 30gb. This version had a 8mb video card, and was upgradeable to a mere 16mb card. This laptop can be upgraded up to Mac OS X 10.3 Panther, or even Tiger if you have the firewire version.

The iBook G3 Dual USB version, was a square-ish notebook with 12.1-14.1 LCD screen. Its processor ranged from 400mzh to 933mhz, The installed RAM ranged from 64-128mb, it was expandable to 640mb. This iBook came with a 10gb HDD to a 20gb HDD, it was expandable to a 40 gb hdd. This version came with a 16mb video card expandable to a 32mb card. This version is upgradeable to Mac OS X 10.4 Tiger, and even a select few of the more expensive models can be upgraded to Leopard. (Requires 837mhz, built in Firewire port, and 512 RAM)

. The G4 is also upgradeable, with no need for hardware upgrades, to OS X Tiger. It can be easily upgraded to Leopard with enough ram and most G4's have over 837mhz so it should work fine. For the best results however, I would recommend the 1.42ghz version with a 768 RAM, that will leave your installation time at about a half hour.

Though newer Macs have the ability to run more games if they are Intel based, the iBook had even harsher gaming limitations. there were a limited amount of games ported over to Macs. Some new games that run on Intel based Macs can not run on the iBook because they are PowerPC based. The Operating System used with these iBooks range from Mac OS 8.6 to Mac OS X 10.5 Leopard (only on Dual USB g3 with 900mhz and 512 RAM, and up). The Clamshell version supports OS 8.6 to OSX 10.3 "Panther", I ran Puma (OSX 10.1) when I had a clamshell and it was an overall good experience, Puma contained many easy navigation features, a crisp clear display even when i was running on a 16mb vid card. On the Dual USB iBook my brother has, he is running 10.3 Panther (which I installed for him

). It is a very nice OS that has number of cool features such as iMovie for video editing, iPhoto for quick and easy albums, and iChat which is a substitute for AIM Mac. One issue new users may have is the lack of a right click function to copy, paste etc. copying. For example, will require the user to to highlight then click edit, or highlight, then press the apple button + c.
Review Page Hits: 0 today (124 total)
mediahook