A blend of Steamboy & Castle in the Sky, in a futuristic steampunk universe factions vye for the right to Exile. Claus Vlaca and Lavi Head are courier pilots who accept a mission that not only changes their lives, but perhaps something more-Their destiny. 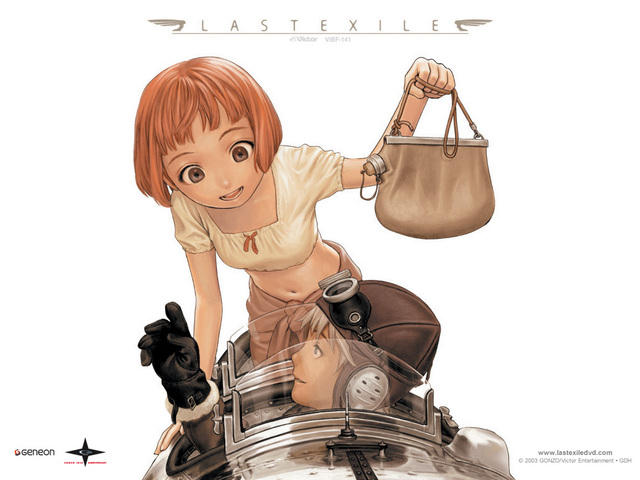 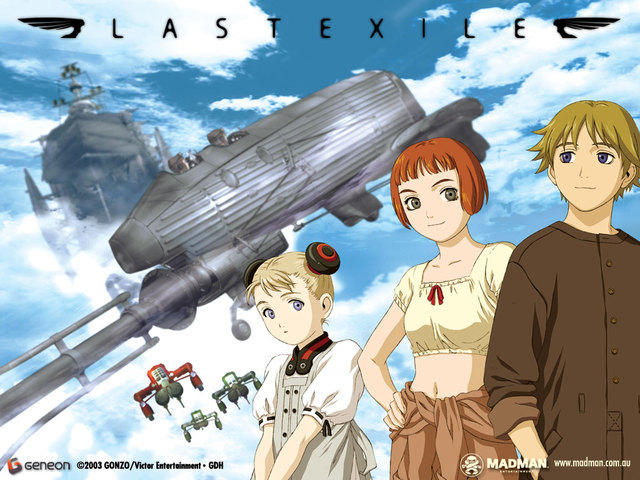 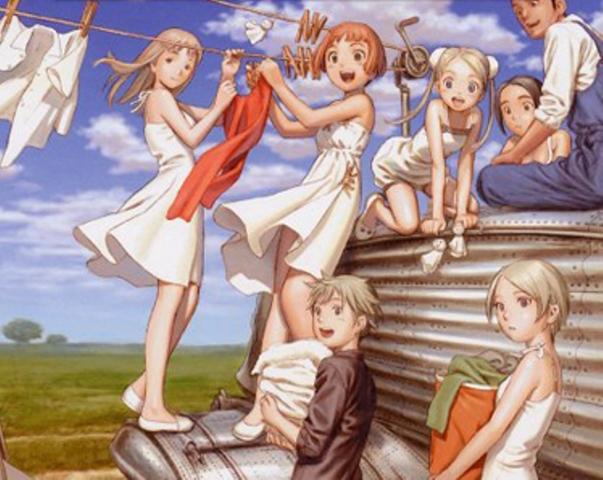 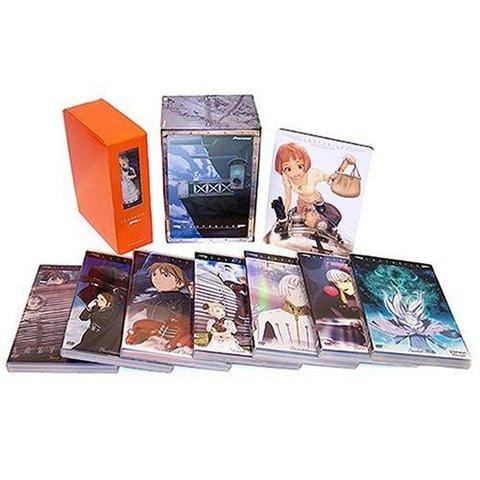 The early focus of this story is on two young vanship pilots Claus Vlaca and Lavi Head, who live in a very Ghibliesqe setting where futuristic technology and arachiac technology meet (steampunk - genre where technology the is obsolete by modern standards meets as yet undeveloped technology). While in the middle of a vanship race, a fateful encounter with a wounded vanship pilot and his cargo drops an unexpected mission in their lap; deliver a young girl named Alviss to the infamous ship the Sylvana headed by the enigmatic captain Alex Rowe. The mission leads to an extended stay on the Sylvana for Claus and Lavi, and as the show progress the bigger mystery of Exile and the war between the different factions and the Guild soon takes center stage.

Studio Gonzo has worked on many quality anime series including Kaze no Stigma, Samurai 7, Dessert Punk, and Full Metal Panic. But the Last Exile is by far their masterpiece, placing itself among the ratified air of shows like Gankastuou: The Count of Monte Cristo, Fullmetal Alchemist, and the Ghibli Studio Films, transcending from mere anime to true masterpieces among the media art form. The story has everything: mystery, science fiction, action, drama, and even subtle hints of romance. The story keeps you craving for more even after the show has reached a conclusion, yet perhaps the pinnacle of the show are the diverse an likable characters (don't worry they even have characters that you can love to hate).

The main male protagonist Claus is kind and endearing. He strives to do the best he can to measure up to his father, protecting Lavi and Alviss, and shows strong character improvement all the way through the series. Lavi compliments Claus well, where as he is at times perhaps a little too soft spoken see is not one to back down to anyone and ready to speak here mind at a moments notice. Alviss provides the role of the cute and innocent child unaware of her surroundings. There is the mysterious Alex Rowe and his somewhat demur interest in Claus. And of course mystero. Delphine provides the perfect antagonist, a sadistic and somewhat depraved villain who does not even blink at sacrificing life (on a side note, I found Dio, a scion of the guild, to be an exceptionally interesting character, playing the role of jester, friend, and cunning all in one).

The soundtrack is among the better ones that I have heard in sometime. The opening is a hypnotic melody called the Cloud Symphony, perfect for getting you in the mood to watch the show. The closing theme is likewise enjoyable and the overall background music fits perfectly. Incidentally the Originally Soundtracks are available in the US separately.

The set comes with many additionally goodies including: an Alviss doll that is several inches tall, a mouse pad feature artwork done by Range Murata (series animator), as well as some nice surprises in the DVDs themselves. There are several paper plan models that come with respect volumes, and each volumes includes an insert that has stunning artwork done by Range Murata. The final volume includes a set of 13 postcards that features Range's art. Finally the outer box that holds the volumes is sturdy cardboard, not the flimsy variety that some shows come in. Additionally, each box is numbered to a limited 15,000.