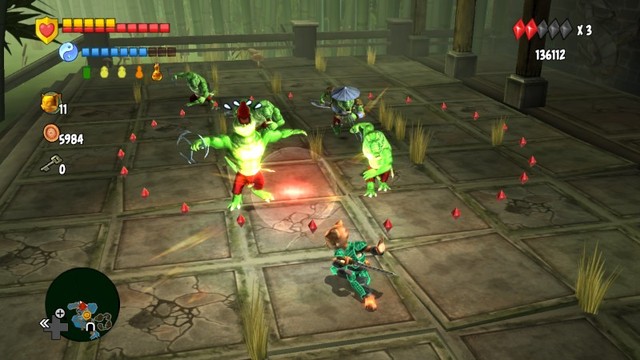 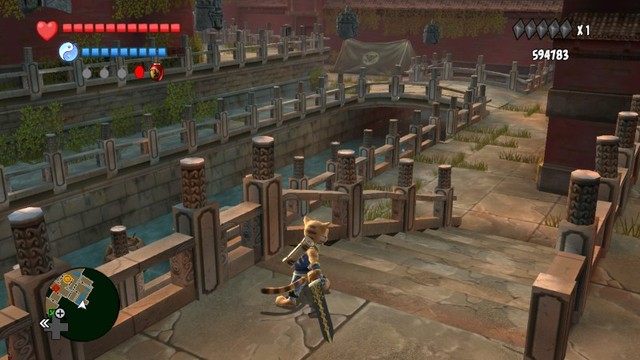 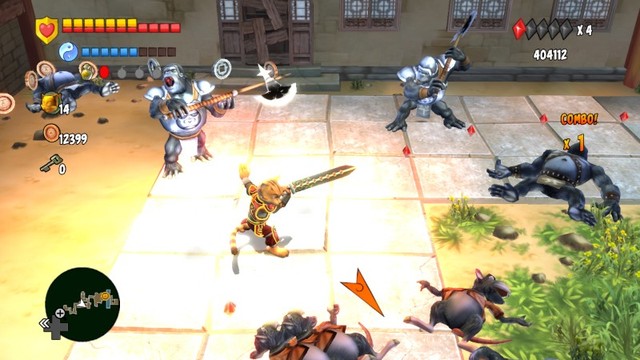 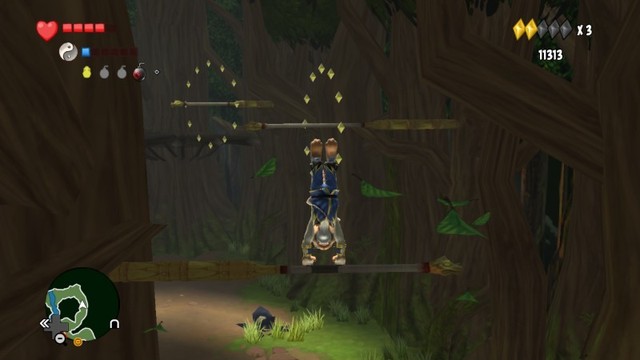 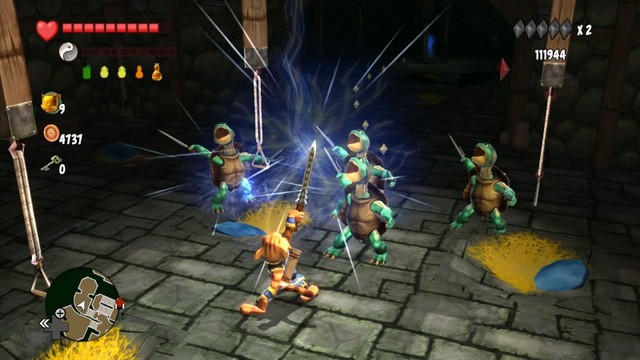 Legend of Kay originally released on the PlayStation 2, published by Capcom. It later saw a re-release on the Nintendo DS. Of course, this writer had to look up those bits of information because when Legend of Kay Anniversary was announced for the Wii U, PlayStation 4, PlayStation 3, and Xbox 360, I had no clue what game it was an actual remaster of. Thus, you can imagine that entering into the game, I had limited expectations of the game. All I knew was that it was of an era when 3D platformers were quite common, a golden age of gaming for me, the PS2 generation of gaming hardware. This made diving into Legend of Kay Anniversary an exciting proposition. Was my excitement rewarded?

The adventure begins with you controlling Kay, a martial arts apprentice to an elder cat who greatly enjoys hitting the bottle. Meanwhile, Kay's village is currently occupied by an army of gorillas and rats working together for some kind of nefarious scheme. An excessive amount of unskippable spoken dialogue delivered through amateurish sounding actors doesn't do much to engage players, but it's passable. Well, except for the incredibly grating rat characters, who speak in broken English and have such a high pitch that it's nothing but an annoyance to hear them. A lot of the character dialogue isn't bad; it's just questionable for having a fair amount of curse words in it. While this doesn't offend me, for a game that is otherwise modeled for everyone, it's so bizarre to hear these saccharine looking characters spouting off foul language.

The additional cutscenes told through still, non-animated comic book panels can be skipped thankfully, but they're pretty well done, unlike so much of the voice work in the game. Also, these aren't anywhere near as long or as prevalent as the seemingly never-ending amount of in-game dialogue exchanges between characters.

The start of Legend of Kay Anniversary is slow going-- full of tutorials, exposition, and learning the ins and outs of the game's combat system. When Kay gets out on his own, things get much more interesting. Kay will collect frog eggs from a burning city that is home to dozens of frogs, enter dank and dangerous dungeons searching for stone cat statues to activate, turn on cat statues to build a bridge to an ancient temple of dragons, and activate cat statues to raise water in a channel for Kay and his friends to travel aboard a boat to reach the penultimate level of the game.

If you haven't come to the conclusion already, there's a lot of activating cat statues in Legend of Kay Anniversary as part of Kay's various quests. The game would be a lot more interesting if the quest types were more varied in the game. You start to go through the motions, turning on statues, only this time it's in a different area of the game to achieve a different goal. Thankfully, even if you forget that you probably need to activate some cat statues, you can always hit the select button to view what quests are available to complete and how to go about completing them.

Between all the puzzles, platforming, and exploration in Legend of Kay Anniversary, combat is a huge component of the game. You're usually taking on a sizable number of enemy units at one time. Kay needs to not only use his sword, hammer, or claws to block against attacks, but he also needs to be blocking the same direction of an attack. This is all the while taking moments while the enemies have their guard down to attack them. You can utilize a wide number of moves, such as a roll that moves Kay from the front of a foe to its vulnerable backside, a series of somersaults that make Kay attack like a roaring buzz saw, and a great ground attack for enemies that are lying down on the job.

Combat isn't perfect, however. Being a PS2-era platformer in HD clothing, Legend of Kay Anniversary suffers from an issue that plagued many a PS2 platformer: a poor camera. This is especially troublesome in indoor areas that have a claustrophobic setting to them, particularly noticeable during boss encounters. Additionally, a lack of a lock-on function to enemies makes missing strikes a common occurrence, unfortunately. These issues don't ruin the combat, but they certainly don't make for an overly pleasant experience.

The various weapons that Kay earns during his adventure are very helpful throughout the game. For instance, the sword is the overall best of the bunch, not being too weak or too strong. Meanwhile, the hammer is slow, but it can really do damage to armored enemies, which, as the game progresses, is a much more common sight to see. Finally, the claws are fast attackers, but they do the least amount of overall damage. These weapons can be replaced with upgraded versions which are found during Kay's exploring of levels.

Health and magic can also be upgraded as well with Heart and Magic Containers. These are found in treasure chests around the world of Legend of Kay Anniversary and are able to be purchased from the game's travelling salesman. Along with these are an assortment of items to assist Kay in his adventure, such as health-restoring potions, potions that temporarily make Kay much stronger in battle, bombs to blast weakened walls, armor that gives Kay more hits to work with, extra lives, and other helpful goodies.

Something else that bugged me about Legend of Kay is the linear structure of the game. That is to say that there is no returning to past areas you've previously visited, so if you failed to complete a secondary quest, didn't get a certain new weapon, or whatever else, you are out of luck. It's the same problem that pestered players like myself with Disney Epic Mickey. I would have liked to have a hub that connected the various places and areas of Kay's adventure together so I could return to them if I wanted to. Otherwise when you've reached the final boss on your save data, the only thing you can do is continually face the boss with no means of returning to a past location. That really un-straightens my whiskers, to put it in cat terms.

That said, Legend of Kay Anniversary offers many reasons to return to the game after the first time you beat it. The game offers multiple difficulties, a whole slew of unlockable content in the form of concept art, 3D models, music from Jake "Virt" Kaufman to listen to at any time you like, and much more. The unlockable goodies are attained by reaching certain point plateaus within the game. The harder the difficulty selected, the more points you earn. Thus, trying the hardest difficulties is pretty much a must if you wish to unlock all the content Legend of Kay Anniversary offers.

Legend of Kay Anniversary might not have been the first game that came to a lot of gamers' minds when the topic of "what old game would you like to see remastered" popped up, but ten years after its initial release, the game manages to do a lot of things right. On the other hand, it does a lot of things wrong too, such as a lackluster camera, inability to skip most dialogue sequences, a slow start to the game, and it being impossible to return to past areas unless you start a new save file. Still, with its updated visuals, fun combat, enjoyable exploration, smart level design (for the most part), and engaging gameplay, Legend of Kay Anniversary might not be legendary like the games it was inspired by, but it is definitely A-O-Kay.
Review Page Hits: 2 today (301 total)
mediahook