Lego Star Wars II is a fantastic use of the franchise despite minor gameplay bugs and dull vehicle missions. 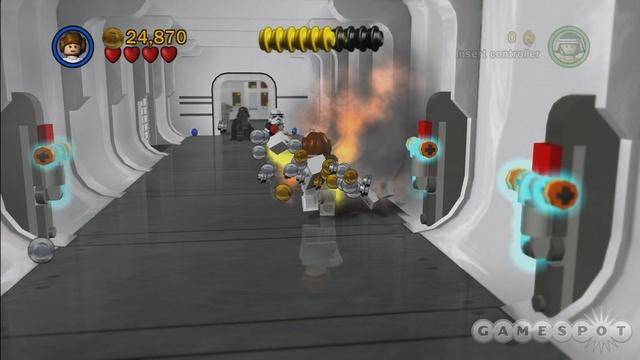 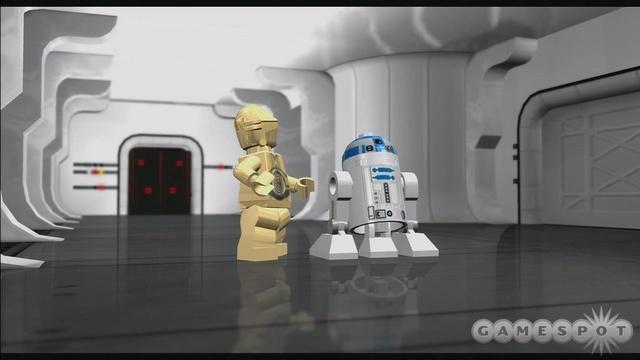 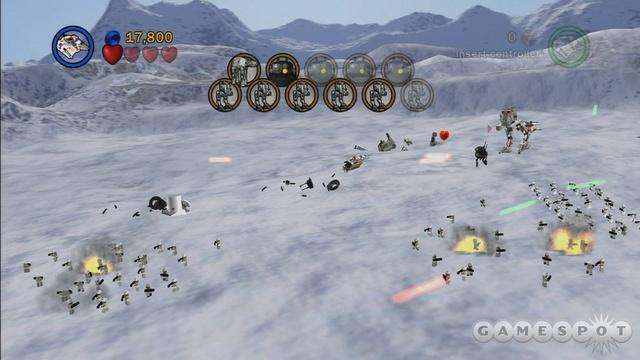 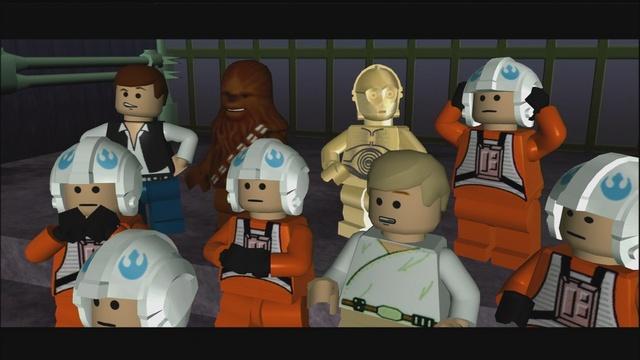 Last year's original Lego Star Wars brought something new to the table. The last three Star Wars episodes were acted out in Lego form, with the blockheaded Anakin Skywalker actually having more acting depth than Hayden Christensen. In any case, it was surprisingly very good, and Star Wars fans no doubt gobbled it up due to its mostly on the spot following of the films' plot. Now the original trilogy is getting the Lego makeover, and things just seem to get better. Lego Star Wars II is not only a wonderfully executed use of a branded license, but it also takes the massive original trilogy and turns it into one of the most delightful, worthwhile gaming experiences in a long time

The first thing you'll notice from the start is that the visuals have gotten a big enhancement over the previous versions. While nearly all of the versions look the same, the Xbox 360 version actually has an incredible amount of detail, such as a glossy coating on all the Lego pieces and minor landscape features like water ripples and blinking lights. The locales look fantastic in respects to their on-screen counterparts. My only complaint would be that some of the levels seem like they were rushed through, and ultimately aren't as fun as they would appear to be. If you are really a big fan of graphics and presentation, than go ahead and spend the ten extra bucks, but you will basically see the same things in all of the versions.

The core gameplay centers around using the main characters in each story section, such as Luke Skywalker and Ben Kenobi in Tatooine and Lando Calrissian in Cloud City, controlling two of that at once. While each character has their own strengths, some characters - such as blasters - can launch up to higher areas using their guns, something melee fighters cannot do - thankfully you can alternate between characters at will. Throughout the levels you will find crumpled Lego pieces waiting to be built, which can turn into launching pads to get to higher areas, steps for easier access, or even vehicles for attacking or faster movement. It brings a new sense of wonder as every pile of Legos can make a different object. Both the swappable characters and Lego piles allow for more exploration and give the levels a broader feeling.

New to Lego Star Wars II is the ability for players to control vehicles. Some of the best parts of the series involve using vehicles (Battle of Hoth, anyone?), but all of the vehicle levels are a pain to play because it is nearly impossible to refrain from dying. Although there are unlimited lives and continues in the game, dying is a real pain in vehicle missions because it ultimately causes your vehicle to warp back to a pre-determined checkpoint, meaning you will probably skip backwards a few feet just so the game can calculate you. To top it off, they are mind-numbingly dull, often requiring players to go from Point A to Point B and shoot such and such targets. They may break up the monotony of the character missions, they offer nothing in terms of uniqueness.

Co-op has been included this time with an instant drop/add feature, meaning players do not have to start at the same time to play together. Part of the fun of playing Lego Star Wars again is completing all of the levels with a friend. But a horrible camera plagues the experience, going haywire in closed spaces. The game hardly offers the controls to fix it either -- all you can do is move the camera an inch or so to the right or left in hopes of getting a better view on the action. This is made worse by limiting the screen to player movement, so if one player runs ahead, the camera will pan out so the other player can "catch up." But this usually only results in cheap deaths by falling in holes and/or random confusion.

After completing the story mode, which will take around 5 hours to finish, there is an assortment of extra features to whet your appetite. Free Play mode opens up after you complete each level, letting you go back into any completed level with any eight of the many selectable characters that can be unlocked or created along the way. Switching between your group members allows you to get hidden items, as well as use characters that are not normally found in certain locales (such as Obi-Wan on Cloud City...isn't he dead?). By collecting hidden blocks scattered throughout the levels, you can ultimately build up hidden levels, which add bonuses to your player's stats, such as super lightsabers and invincibility; you can also collect bolts to purchase things like hidden characters. However, the action wears thin after a while of backtracking and bolt collecting. 360 owners might find rejoice in knowing that levels can be re-played for achievements if you happen not to die.

Overall, Lego Star Wars II is a great, if not short, game that adds a unique blend to the Star Wars franchise. It may suffer from the wonky camera and bad vehicle levels, but the great co-op and replay value make this game a must have for all Star Wars fans.
Review Page Hits: 0 today (42 total)
mediahook