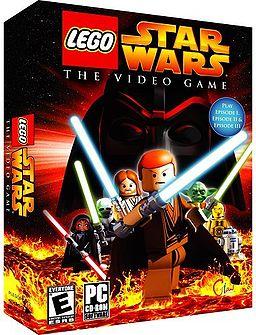 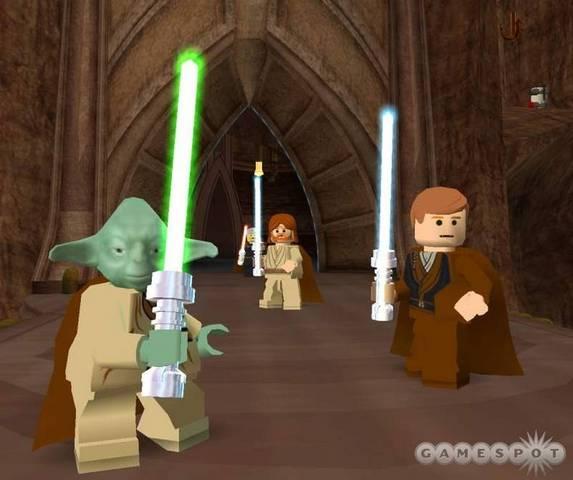 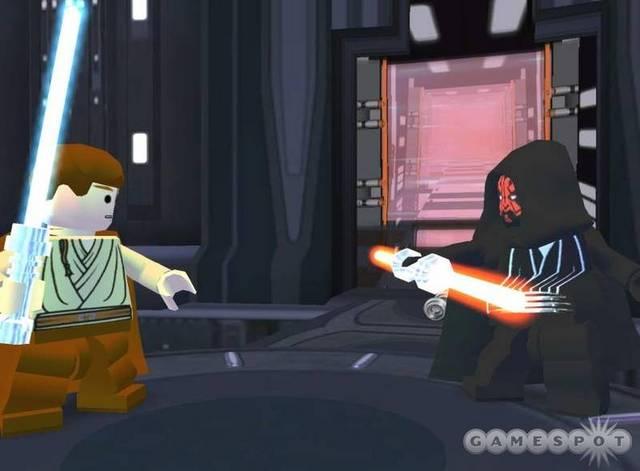 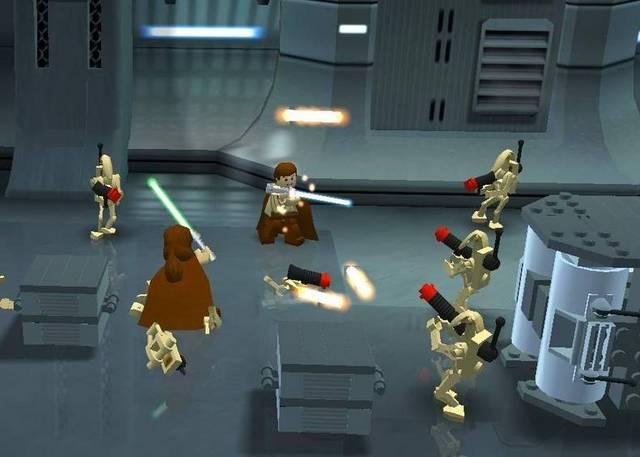 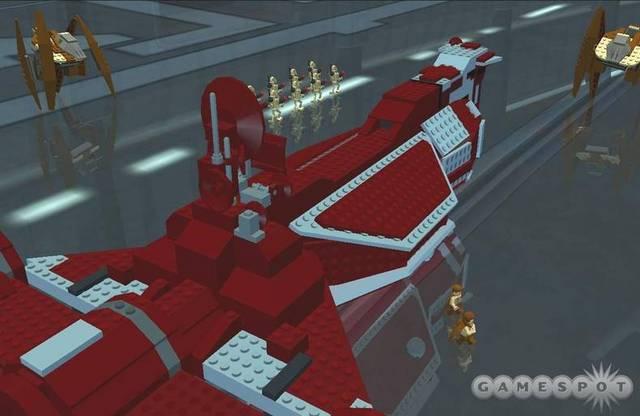 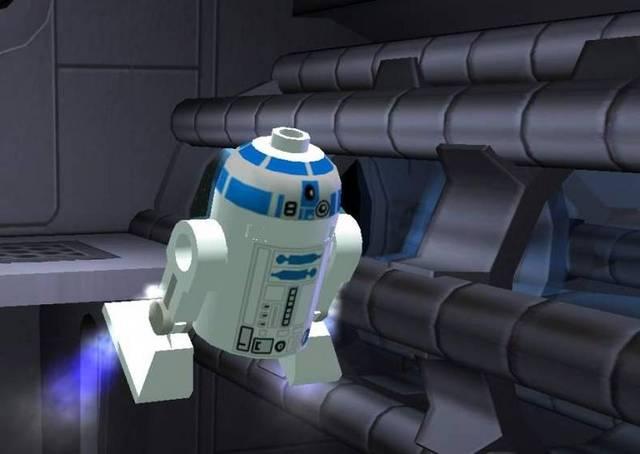 Gameplay
Lego Star Wars is one of the kid friendlier Star Wars games I've seen in the past few years. The gameplay is cool and fun enough to even sucking parents and adults into playing it. In Lego Star Wars you play the first three episodes, The Phantom Menace, Attack Of The Clones, and Revenge Of The Sith in a Lego universe. Everything is made out of Legos and when the characters die their Lego bodies break and fall into little pieces.
The game starts in Dexter's Diner, which acts as a hub. Eventually it'll fill with characters from all over the trilogy. Each of the Jedi and Sith characters can use the force on certain bricks or pile of bricks and use them for their own good. Some things will blow up and generate studs while others like handles and levers can open doors, create and destroy walls, and move platforms. Sith characters also have special access to use the force on dark colored objects that Jedi cannot preform.
The game also adds some Lego humor to it such as
Padme, Panaka, Obi Wan, and Qui-Gon running forward in the hangar then seeing Darth Maul then they all bonk into each other
and
Qui-Gon, Jar Jar, and Obi Wan jumping down of the Naboo walkway to destroy the battle droids but Obi-Wan's saber doesn't ignite until the battle is over
. Each chapter of each episode requires more than one Lego character to work together, and they all have special abilities. R2-D2, C-3PO, and TC-14 can open certain doors and activate platforms, young Anakin Skywalker, and Boba Fett can crawl through tiny vents, and Jar Jar can jump higher than any of the other characters. Other Lego characters can use their blasters to shoot enemies or grappling hooks to swing across gaps or up onto platforms. Now this is the fun part each chapter has a number of challenges that require puzzle solving skills and switching between characters in order to move on. Example, you might need R2-D2 to hover across a lava river to go to a panel and activate a bridge so Anakin and Amidala can go across.ov Solved! The puzzles are simple but extremely clever; kids might get stuck sometimes but they'll figure it out sooner or later.

Multiplayer
During the game another player can join in by plugging in a controller or pressing enter on a keyboard. Then both players can collect more studs and beat certain levels with ease.

Graphics
You don't have to have a fancy-shmancy 256 MB Video Card for this game. The graphics are amazing for this game even if you use it on a low end PC. Very detailed and the animations and cutscenes are astounding.

Sound
The sounds for the game sound just like your playing the movie. Blaster shots, lightsaber swinging, clashings of lightsabers, droids walking, death sounds, and explosions make you fell like your in the game. The soundtrack for the star wars movies are also used in the game for added fun.

Controls
The keyboard controls are kind of lame when your trying to do multiplayer with another person. Both hands hogging up the whole keyboard and making mistakes 'cause you don't have enough room. If you really want to enjoy this game I suggest you buy a joystick or gamepad.

Replay Value
The game somewhat lacks replay value after you unlock everything. Levels get boring after you beat them over and over again. The game also includes a secret bonus level called
A New Hope where you get to play the first chapter of episode 4 and a secret amount of blue studs to collect
.
Review Page Hits: 0 today (106 total)
mediahook