One of my created levels
Check it out on SuperPhillip Central! 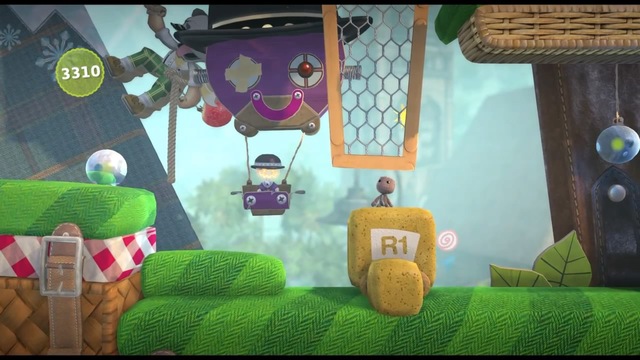 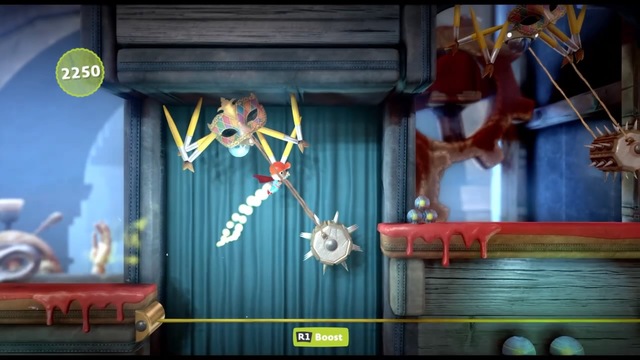 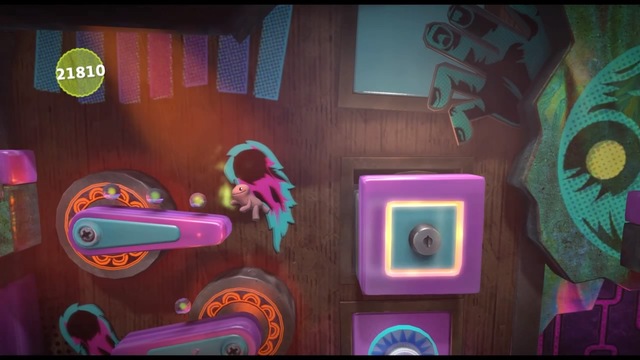 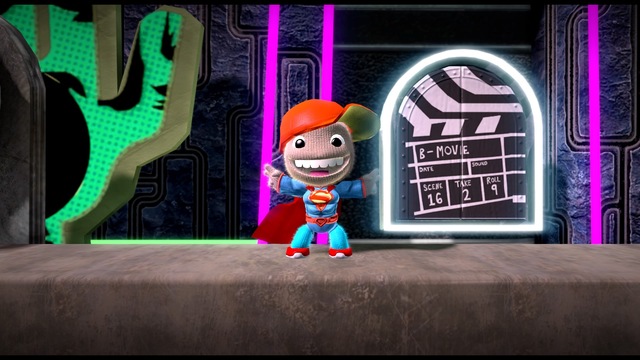 When LittleBigPlanet 3 launched, it was plagued with bugs and glitches that severely dragged the experience down, as well as review scores and fan feedback in the process. Now, several years later, I have returned to the world that Media Molecule gave birth to, and now a cavalcade of new developers to the series such as Sumo Digital and Tansier have taken control of this entry as Media Molecule makes Dreams, an upcoming PS4 release. While a lot of the bugs have been "ironed out", as they say, the experience isn't totally clean, with glitched trophies, falling through floors, and other gripes.

As always with the LittleBigPlanet series, the main attraction outside of playing levels is getting ideas for your own creations. This is where LittleBigPlanet's lovely little adventure mode comes in. The adventure mode of LittleBigPlanet 3 shows off developer Sumo Digital and friends' masterful ability to design spectacular and highly clever levels, each with their own theme and gimmick. Many of these levels utilize one of five new equip-able items that are gained throughout the adventure. One of these sucks and blows air to move certain platforms around, while another shoots out small balls that, when they hit a specific green target, you're transported to it. This makes for some creative puzzles and dangers where you have to shoot a ball through a small tunnel that your Sackperson can't quite fit through. The ball goes down the tunnel, hits the green target, and your Sackboy or girl immediately transports to it.

That isn't the limit of LittleBigPlanet 3's creativity in level design. Adding to the roster of playable characters are three legendary heroes of Bunkum, each with their own special abilities to get through levels. The first is a dog-like creature known as Oddsock. He can run rather fast, jump off walls to gain height, and slowly slide down walls. Good levels featuring Oddsock showcase his extreme mobility and agility and put them to good use. Then there's Toggle, whose name gives away his ability to switch, or toggle, between his normal heavy form that can weigh down switches and a smaller form that can run through tiny tunnels and skim across water. Switching between the two forms at the right moments is the difference between clearing a level and coming close but no cigar. Finally, Swoop, a flying bird, is the last of the three heroes. He can of course fly, but he can also grab onto certain materials and objects to carry them, as well as use his titular swooping ability to perform a downward arc, perfect for slipping by certain hazards in levels.

LittleBigPlanet 3's adventure mode is all about bringing these legendary heroes of Bunkum back into the swing of things. This is done by collecting marbles, which are positioned at most levels' conclusions. Throughout the adventure, you visit three different hubs, another new feature in LittleBigPlanet 3. These hubs are not only home to the various entrances to levels, but they also house optional quests for players to complete. Many of these are completed in special challenge levels.

Despite having three adventure hubs and containing four books (or worlds), LittleBigPlanet 3's adventure mode is by far the shortest in the series's history on any platform. Still, I think the developers went for a more quality over quantity approach with the amount of levels, as most of the levels in LittleBigPlanet 3 are some of the greatest in franchise history. Each are packed with an abundance of Prize Bubbles, a collectible in the series that unlocks new goodies like costumes for Sackboy or Sackgirl and new objects and materials for the Create Mode the LittleBigPlanet series is most known for.

And yes, the Create Mode is the best it has ever been. The amount of options to create levels both small and large can be overwhelming, as you can pretty much create as complex a level as you want (i.e. as big as you want, whether you'd like to use beginner-friendly "programming" to create more complex levels, make levels that aren't even platformers, make movies, and so forth). Fortunately, LittleBigPlanet 3 comes equipped with a much more entertaining tutorial system than past games. Sorry, Stephen Fry, but even your whimsical words grow tiring after having to sit through the umpteenth tutorial like in previous LittleBigPlanet games.

This time around, the tutorials are interactive puzzle levels that teach you how to use LittleBigPlanet 3's tools to get the most out of your budding creations. These 3-5 minute levels have you interacting with pre-made gadgets and objects made to build levels, and then they have you make them yourself by the level's end. These are a great deal of fun, and the more interactive approach is much appreciated and welcomed.

LittleBigPlanet 3 has come a long way since its launch. While the game won't crash on you as much as it did at launch, there are still problems with unlocking some trophies, some progression-based glitches towards quests, and other technical mishaps. The framerate isn't always cooperative in staying solid, sometimes chugging along to ridiculously low levels for brief periods of time, usually at the start of levels and especially when you're logged in online. The visuals themselves are pleasant to look at, but it's obvious that this was a cross-gen release. You won't be dropping your jaw at any graphic-related thing in the game. You'll save your jaw-dropping for some of the cool sections of levels that the developers have crafted instead. The voice acting is animated and energetic-- full of charm as well. The new tunes for LittleBigPlanet 3 aren't the most inspiring (though I love the ones featured in Shake, Rattle, and Roll), but they fit the moods of each level quite well.

Offering some new goodies into the mix like new gadgets, adventure hubs, and three new playable character types, LittleBigPlanet 3 is a game that successfully continues the winning formula that Media Molecule had laid down. It's just that the game doesn't do too much to stray away from that, which might put off some returning players to the series. If the idea of creating levels appeals to you with the easy-to-use Create Mode, then you'll definitely find yourself spending a great deal of time with the game. For everyone else, the pre-made levels from the developers are some of the best in LittleBigPlanet's history, and the online community continues to create some really special stuff. If you are cool with some occasional hiccups, then LittleBigPlanet 3 is a satisfying platforming purchase on a system lacking much in the way of family-focused games.
Review Page Hits: 0 today (607 total)
mediahook