Media Molecule
LittleBigPlanet
Want to buy it?
Want to see some official reviews?

An original, mind-boggling platformer that truly outshines all of its competitors. 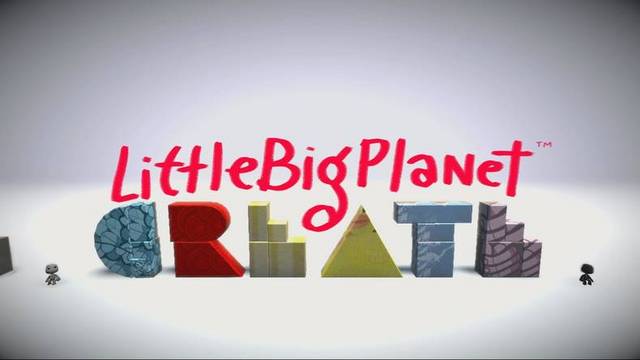 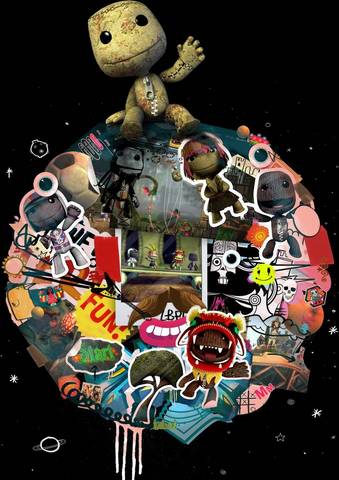 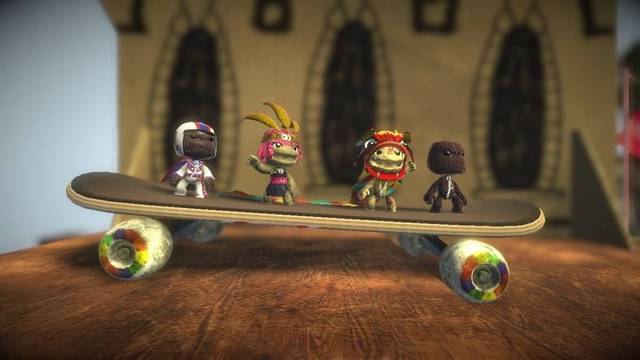 To put things simply, LittleBigPlanet is a side scrolling platform adventure, intended to be played by multiple gamers simultaneously and is highly community focused.

You, a sack person, access the game world via a central hub or "Pod". The game's main story mode, create and online modes are all easily accessible from the pod allowing you to navigate the various levels. The pod also allows you to manage your online activity in the world of LittleBigPlanet allowing you to easily arrange games with friends, which is fairly important as certain areas of the levels can only be accessed with the help of another player, although two players can play together on the same console.

The games story mode is set across various themed levels such as The Savannah, Wedding, Metropolis and Canyons for example. The games story mode is fairly short and most gamers should be able to get through it within a good few hours, however it does allow for a lot of replay value, as you'll be coming back to levels again and again to get those fabled "100% Complete" and "Never Lost a Life" medals at the end of each level. Closer to the end of the story, the levels do become quite challenging to the average gamer and do require some good thought to complete the puzzles and to search out all of the secret areas in each level.

Levels themselves offer a mix of your standard platform action with a bit of puzzle solving thrown into the mix. This sounds like pretty standard stuff, however LittleBigPlanet implements it brilliantly with environment manipulation, allowing you to move objects around, destroy certain blocks with explosives, float away on balloons, travel in vehicles and so on. LittleBigPlanet's levels are also fairly varied. Some levels even feature races that require you to travel between two points within a set time in order to gain big points bonuses. As you progress through the game, the challenge on offer also steps up and new challenges seem to present themselves every time you move onto a new area.

Despite being a side-scrolling platform game, levels on LittleBigPlanet do still have depth and you can move forwards and backwards in the various environments allowing you to access hidden areas and items. However, this depth system can occasionally catch off guard and throw your character somewhere you were not intending, sometimes causing some frustration.

As you play through the games levels you collect little glass orbs, some contain points and others contain character customization objects, stickers and objects to use in the game's "Create" mode. Each level also has an online leader board at the end so you can replay the same level in a bid to see your name at the top.

LittleBigPlanet allows for extensive character customization, everything from the material your sack boy is made from, to its outfit, which can be changed and there's also a range of accessories to make him look ever more stylish, or if you please, odd!

The "Pop-It" is a live-action menu that you can pull up at any time throughout the game. It serves as your tool bag in the games create mode, giving you access to all the objects you have collected whilst playing through the games story mode, lets you retry from your last checkpoint if you hit a rough spot, and customize your character on the fly.

The game's "Create" mode is extremely easy to use and kid-friendly. You can choose to create a level from a template that allows you to customize many aspects such as the lighting, level of fog, and so on. You are free to further customize the template level by adding various objects and obstacles for players to navigate. However, you are also able to create levels from scratch allowing you to create ledges of all kinds of shapes and size with ease. The games create mode is absolutely amazing, and once you have constructed a level you are then able to publish it online for others to play and rate.

LittleBigPlanet also allows you to create custom soundtracks for your levels by allowing you to mix songs from the game. The sound mixer is absolutely astounding for a game of this genre, allowing you to use certain aspects from a song as players enter an area of your level, for instance you can activate the beat at one point, ambient at another and so on.

This is where LittleBigPlanet comes into its own, due to the level of customization that is on offer in the game's "Create" mode it effectively gives players access to a never-ending supply of levels to play through on their own or with friends. This of course gives LittleBigPlanet an unsurpassed amount of replay value as you're sure to find a new level you haven't played before every time you go online. After you play a community level you can rate it out of five stars and choose from a preset list of tag words to describe the level. This is met with a small challenge though, as many levels online, people will just publish because they want the trophies associated with creating levels, and don't actually put any time or thought into them. This makes it difficult to find those "diamond in the rough" level authors that really care about their levels. However, when you do find one you can easily "Heart" or favorite them for future reference.

LittleBigPlanet features support for both six-axis and the trophy system which is a very welcome addition. However, the game's six-axis support seems to be nothing more then an afterthought as it is only used to make your sack boy character pose in different stances.

Visually, LittleBigPlanet is absolutely superb. You almost feel like you could reach in and pick up many of the toy like objects, it's a very quirky look and it works brilliantly with the theme of the game.

LittleBigPlanet also features an excellent soundtrack with songs unique to each themed level in the game. The tracks featured fit perfectly and are quirky and very catchy. The games sound design is absolutely perfect! Everything from the sound effects to the music fits the world of LittleBigPlanet perfectly. I have actually gone back to play levels over and over again because I liked the soundtrack of it that much!

So it seems Media Molecule have pulled it off, LittleBigPlanet seems to have lived up to the hype. It's got addictive gameplay, a brilliant "Create" mode, and an extensive community and online play that gives this quirky platform adventure a huge amount of replay value unlike any other game out there.
Review Page Hits: 0 today (257 total)
mediahook