The Longest Journey takes April Rayne, an average art student, and throws her into a battle between two different worlds that are struggling to maintain the "balance" between science and magic. 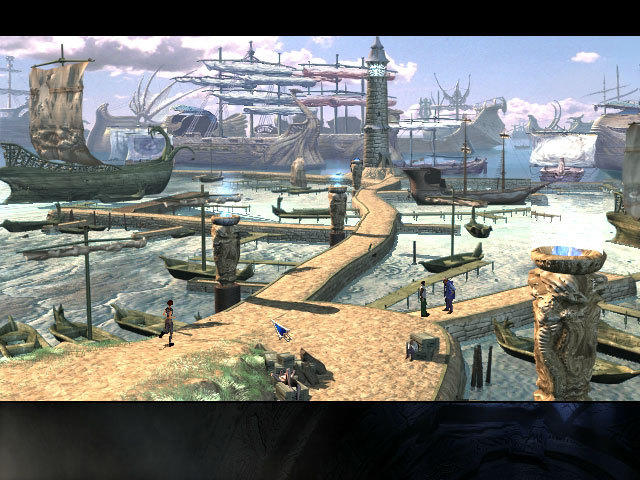 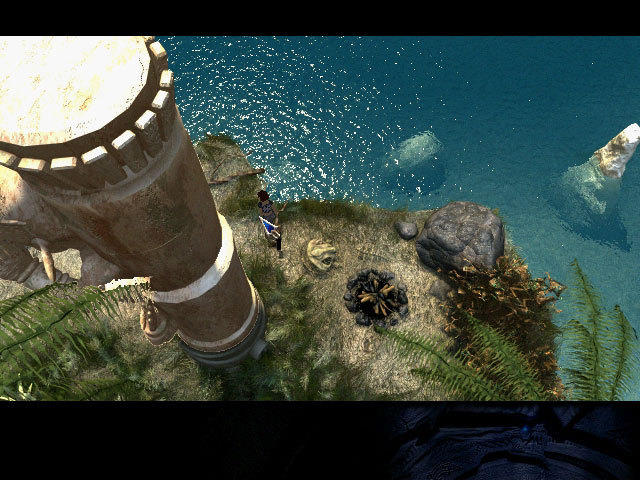 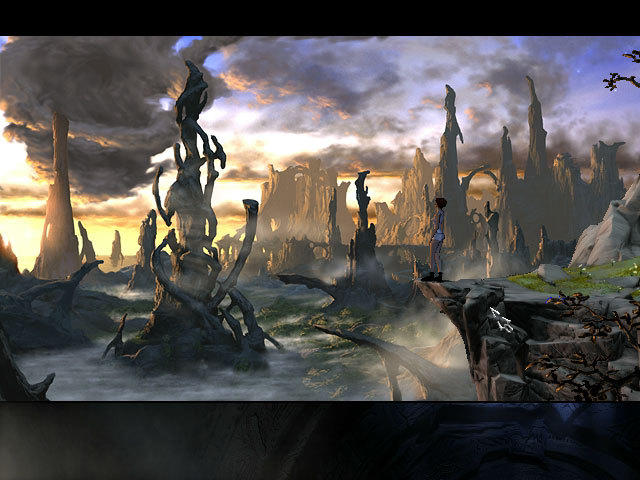 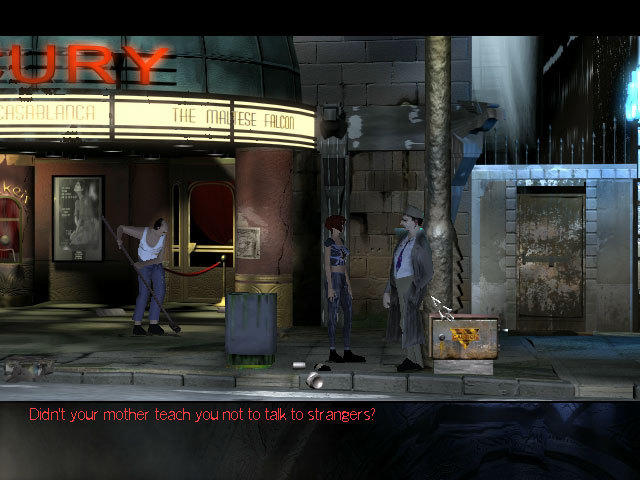 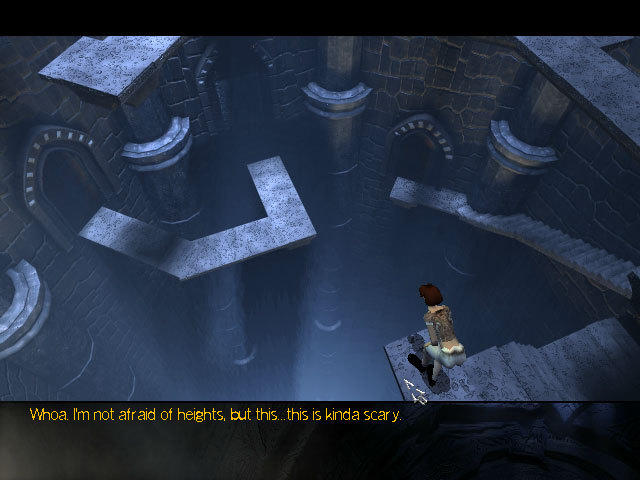 The Longest Journey is a very good adventure game that will have you take the role of an artistic young lady who must solve many challenging puzzles, and bring two worlds back into "balance" before they destroy each other.

The character you play is April Rayne, and she is a student at the Academy of Arts in the bustling community of Newport. She has just arrived, and begun making a few friends, when all of a sudden she is tormented by disturbing dreams. She starts a journey to discover what these dreams mean and what impact they may have on her life, and during that time she is approached by an eccentric man known as Cortez. As the game goes on, April finds out that there are actually two different worlds (two parallel Earth's is the best way I understood it), and they represent the conflict between Science and Magic. She learns much more about these worlds, and that there is a place between the two, in which someone known as the "Guardian" resides. This "Guardian" figure helps keep the balance between the two worlds (Stark and Arcadia), and this precious balance is in jeopardy of collapsing, and there is a possibility that April may be the next Guardian. After Cortez shows April how to travel between Stark and Arcadia, she then begins a long and interesting journey that will allow her to see wonderful places, meet wondrous species, and solve challenging puzzles.

The gameplay was very good in this game. There were 13 chapters to complete as well as a prologue and epilogue. The interface was extremely easy to use as everything was mouse driven. There were plenty of tools to use to keep April informed of her progress throughout the game. These included a Diary, Conversation Log, and Video Log. There was also a convenient inventory section that let her keep track of all the puzzle items she would find along the way, and it seemed to have an endless capacity. Of course, most of the game involved dialogue, but you should expect that with adventure games, and a lot of times the info you got from these conversations was essential to completing the game. But this also brings up probably the one and only gripe that I had with this game, and that was the fact that some of these conversations tended to be very lengthy, and during these dialogue moments, no other action could be done.

The graphics were excellent in this game, by far the game's best aspect. Everything was very richly detailed, and there were many great movie cut-scenes. April's clothes changed throughout the game and that was nice as you did not have to look at her in the same outfit through the entire game.

The learning curve was another excellent part of this game. It took you no time at all to learn all the controls and where the diary and so forth were located. The mouse cursor would change into certain symbols depending on whether you were looking at something, opening objects, or talking to NPC's. After a few minutes of experimentations, you could easily understand what each of these symbols were meant to do.

The replay value had to be the lowest ranking in this game, and that is because there really is not much of an incentive to play it again. There was no difficulty setting, so you had no way of changing the game in that manner. I cannot say that it is totally without a replay value though. I sometimes had to look at a walkthrough in order to figure out some of the puzzles, so I would like to play it again sometime and see if I can play the entire game w/o consulting a walkthrough.

Sound was very good in this game. It had some great ambient sounds, and each character, including April, had a real distinctive voice track. The movie cut-scenes had some cool sounds with them as well. Most of the sounds in this game were either surrounding environmental sounds or character voices. No weapons, per se, were used, so you did not have weapon sounds.

There is one final added feature that this game had, that I want to mention. The best way to describe what I am talking about is to call it the presence of "easter eggs", like what you might find on a DVD movie. You had to perform a certain task within the game before this area was accessible. Once you complete this task, then you can find this area on the main menu. Here is a list of the interesting extra features you get to check out: Vocal out-takes (these are recorded "screw-ups" that the actors/actresses had when recording the vocal tracks), Art gallery (a slide show of stills and drawings from the game), and music scores that had been created but ended up not being used in the game. I thought this was a very cool "bonus" and I believe other games should include this as well.