This is the first chapter in the GREAT movie adaptation of J.R.R. Tolkien's masterpiece work, "The Lord of the Rings"! 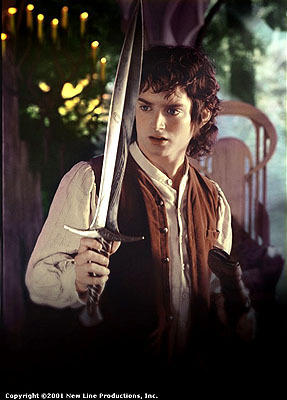 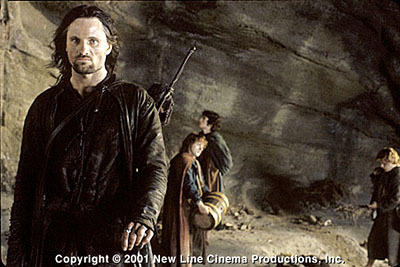 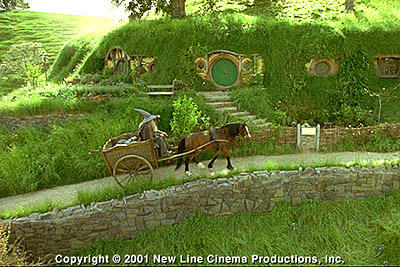 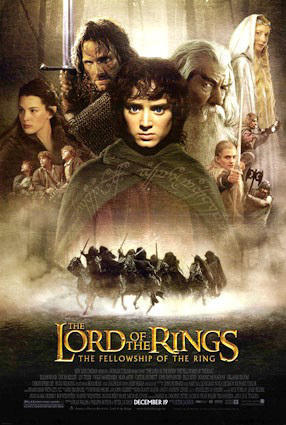 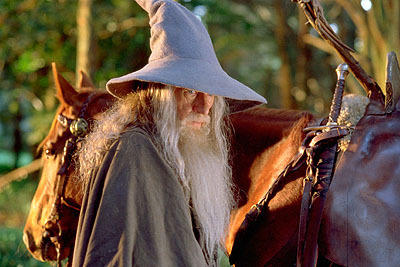 The Fellowship of the Ring --- This is the first chapter in the Lord of the Rings trilogy.

In this first movie, we are introduced to the main characters and are given the background of the all-powerful ring. In ancient times there were many of these Rings of Power created, and given to the Peoples of Middle Earth, but there was also one Ring created and given to the Dark Lord Sauron! This one ring can control the others, and gives the bearer ultimate power!

The ring has been in the possession of Bilbo Baggins, a Hobbit who lived in the Shire for many years. He decides to take off on a journey and leaves the ring to his nephew Frodo Baggins. The wizard Gandalf has found out that this ring is in fact the long lost ring that the Dark Lord has been in search of. He instructs Frodo that the only place this ring can be forever destroyed, is the same place that it was made, in the depths of Mount Doom. Gandalf decides that Frodo must make this epic journey to Mount Doom and destroy the ring!
At first Frodo is joined by his Hobbit friends, Samwise, Merry and Pippin, but as the movie progresses, he is also joined by four other characters. They are Gandalf (A powerful wizard), Legolas (a bow wielding elf), Gimli (a dwarf who is dangerous with an axe), Aragorn (a human rogue and swordsman), and Boromir (a human noble from Gondor). Thus, the Fellowship of the Ring is formed, and this first movie is the tale of their adventures and challenges.

This movie is amazing and damn near movie perfection. There is romance, there is action, and there are your heroes and bad guys. The special effects are extraordinary, and many details were given to armor, costumes, and CG effects. In fact, if you get the 2 disc DVD , it has bonus features that goes into how many of these effects were created, and how there was a whole shop created to just make authentic weapons and armor.

The region that these movies take place in is known as Middle Earth, and it is a wonderful fantasy world to get wrapped up in. When I first saw the movie and started reading the books, the first thing that came to my mind was how many aspects of RPG games was present in this trilogy. Think about it, you got goblins, you have elves, sword wielding rogues, and a world full of magic and intrigue. I am not sure if any of you other gamers have made this connection, but the similarities are definitely there.

Peter Jackson directed and produced ALL three films, and he did a great job!
Some of the great acting talent that made up the cast of this movie included: Elijah Wood (Frodo Baggins), Liv Tyler (Arwen), Viggo Mortensen (Aragorn), and Ian McKellen (Gandalf).

The main problem with this film that I hear most of the time is that it was not exactly like the book, and that many things that were in the book were omitted in the movie. Also, as you might guess, there were certain things that the producers of the movie added to it that were not mentioned in the book, or in the case of Saruman's and Arwen's characters, were given bigger roles. I have read the book, and to some extent I can understand how this can be a problem with some viewers. One of the characters in the book that was absolutely omitted ALL together, is Tom Bombadil, and he was a very colorful guy in the book. But unlike these fans, I tend to see how these changes were necessary in order to make a film out of this great work of literature. Rarely is a movie adaptation of a book exactly the same as the book, but I would say that in this case, they have come much closer than others before have.

This is my first movie review and I hope I have served the GTZ community well.