A beautiful game that beats its previous installment in virtually every way. 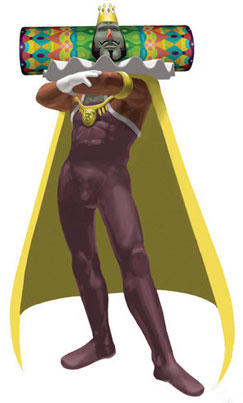 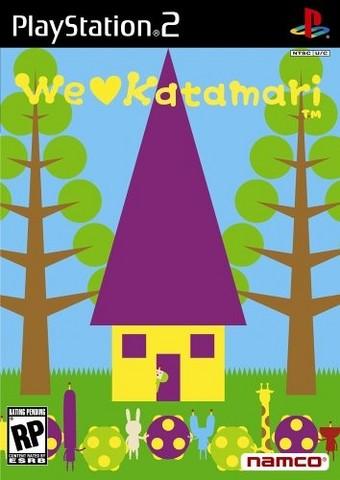 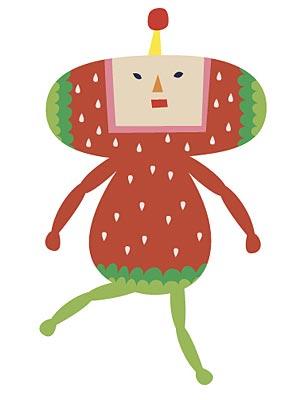 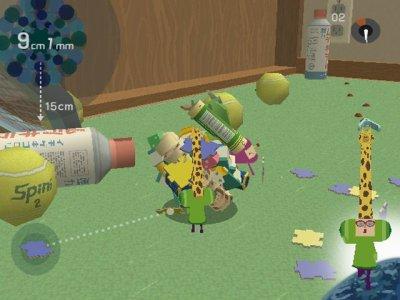 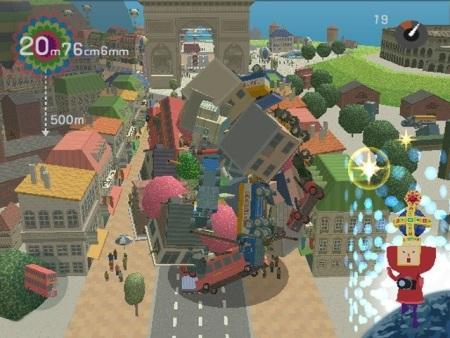 If you are new to the Katamari universe, the game is quite simple. You normally play as The Prince, using your Katamari (a ball shaped object) you roll up objects to create new stars. You start off small, but then it grows as you keep rolling up new things. Now that's out of the way, I will talk more in detail about We love Katamari. For more information on the original game, click here.

Story/Great cutscenes- For this sequel, the King of all Cosmos had dedicated his time to pleasing the fans of the original game. Throughout the game, you will go on different missions to roll up whatever each fan requests. It could be building a flaming Katamari to make a bonfire, or collecting fireflies to make a very bright Katamari. The missions are varied and keep things interesting. And remember the cutscenes in the last game, showing the experiences of a Japanese family as you roll things up? In this game, the developers really upped the quality. Through ten small episodes, you will be shown how the King became the King, from boyhood all the way up to the birth of his son, The Prince (you). They are funny and interesting in my opinion, which makes you love the quirkiness of the characters. As you continue, your final mission will need to be completed: rolling up the sun! Also, the King is back full-force with all of his funny comments and oddness.

New playable characters- You can now play as another person besides The Prince. As you roll through levels you may occasionally spot one of your cousins, if rolled up they will become playable. There are quite a few and it is a nice change of pace. Presents are back as well, so you can add accessories to them, like a trumpet or hat, which add a bit of replay value.

Multiplayer- I personally never got to use this feature, but there is a battle mode where you can face a friend in a rolling competition. Sounds fun if you have someone to play with nearby.

Epic ending- This is not really a spoiler, as Katamari games really don't have a story, but at the end you will be rolling up planets and eventually the sun, which is cool on a whole new level. It really showcases the game's creativity, much like the previous missions.

More unlockables- The last game struggled a bit in this department (not to say it was a bad game) but now there are secret movies, costumes, and a bunch more for die-hard Katamari fans.

Balanced difficulty- The last game was great, but very easy for my taste. Now there are a few missions that will really test your rolling skills, and give you a feeling of triumph once you conquer them.

Fast load times- Before each level starts there is a pause of seven or eight seconds. This gets you right into the action.

Amazing soundtrack- Much like the original, We Love Katamari brings another great array of music tracks (which can be listened to once the game is completed). It ranges from slow to rock songs, and they are not what you would normally listen to, which is a nice change of pace.

Navigation- At times when your Katamari gets to big, it will be cumbersome and unresponsive when trying to move it. This also happens when you slide down a hill. This moments aren't often, though, so it isn't a big deal.

Length- When you get down to it, this game could be beaten in one long sitting, which is kind of a letdown. I couldn't have spent more than six hours playing it.

Conclusion: Despite the very brief flaws I have mentioned, this is really an amazing game. Pick it up as fast as possible if you liked the original, or want something new. I can't really think of anyone who would dislike it.