Klax is nice and all, but where's the other half of Marble Madness? 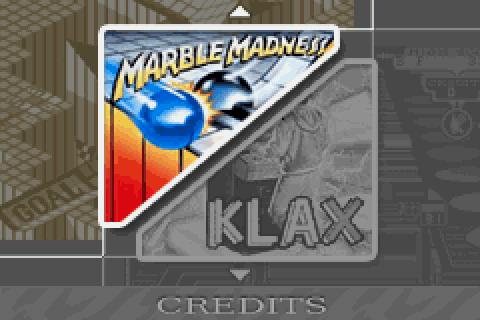 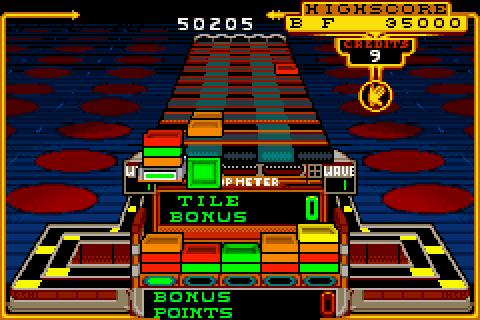 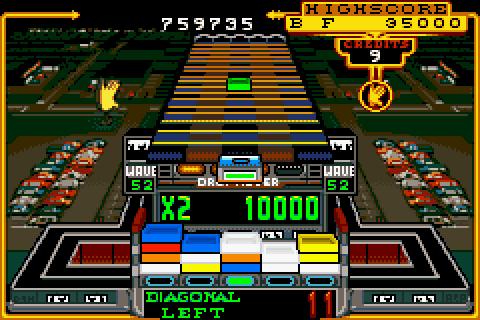 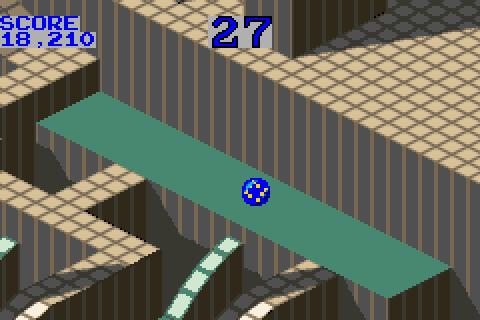 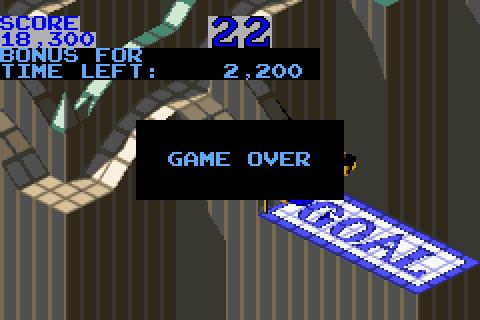 Anyone who played video games regularly throughout the 80's probably had some affinity for a little gem of a game called Marble Madness. Rolling your way through 6 stages of gradually increasing complexity and difficulty required a lot of practice, a lot of patience, and a little bit of luck. If you were good enough to get to the Silly Race (level 5), it was always a pleasure to take revenge on the miniature versions of the creatures that tormented you throughout the previous levels as you squash them flat AND had earned valuable seconds for your timer in the process.

Likewise, people fondly remember Klax, a block dropping puzzle game which contains a similar "3-in-a-row" scoring system to Sega's Columns, but manages to maintain a completely unique system for managing and actually dropping the blocks. Klax won all sorts of awards for its ingenuity and design, and it received official ports to practically every system under the sun - including, believe it or not, the Atari 2600 (which was over 20 years old by the time Klax was released).

In 2005, DSI Games licensed both titles from Midway and enlisted the aid of developer Frame Studios to produce a compilation cartridge featuring both these games for the Game Boy Advance. How did they turn out?

Klax looks pretty good on the small screen, it controls just as good as it ever has, and the sounds are crisp and pleasant. The "clacking" sound (which is the game's namesake) as the endless onslaught of tiles lumber down the treadmill has always been a personal favorite of mine. This port of Klax also retains the chuckle-inducing "It is the nineties and there is time for... KLAX" in the attract mode, which never seems to get old.

One interesting feature that I never knew about the game before I played this port of it is that you have the option to throw tiles back on to the treadmill if you can't use them right away and you don't want to hold them or drop them into the play area. Of course doing this means you have more tiles coming from the treadmill than usual, but it adds a whole new element of depth to the game that I had not previously been aware of.

After playing with this new knowledge, I am finally forced to admit that even though the nineties are over... there is STILL time for Klax.

Marble Madness, on the other hand, is a botched job like no other. It starts out decent enough, with the time being added to the game clock in five second increments before you start out on the Practice Race. Then, all of a sudden, the game begins and it doesn't control nearly as well as it should. You're either moving far too slow to get anywhere, or far too fast to get around corners without falling off, and there isn't really any middle ground. The music and sound effects also sounds significantly downsampled and grainier than any of the other ports I've played of it.

The real kicker is when you finish the Intermediate Race (Level 3). You are treated to a "GAME OVER" message and then immediately kicked out to the title screen.

What happened to the final three stages which REALLY put your skills to the test?

They're simply not there.

Marble Madness had a great NES and Genesis port, as well as a port on each of the previous Game Boy iterations (both the original and the Game Boy Color), and all of these had all six levels included. Why does the Game Boy Advance, which is technically superior to any of these systems, get stiffed with only half the game? To add insult to injury, the "wave carpet" obstacle at the last part the Intermediate Race is now just a "flat carpet with no waves ever, and we mean EVER." Worse yet, the box art has a screenshot of the Silly Race behind the logo. Yes, the Silly Race that is in every other version of Marble Madness - except this half-baked half-port.

As it stands, this version of Marble Madness can easily be completed in well under two minutes from the time you press start to the time you're back at the title screen, and that's not an exaggeration. I timed myself at in 1 minute 51 seconds, and that includes a lot of falling off the edge.

Sometimes you just have to buy games like these to hear if the terrible things you read in the reviews are true... well, I did (got it off Goozex, actually), and they are true. You can take a look at the screenshots and see for yourself. This "demo sold as an actual game" version of Marble Madness is an embarrassment to everyone involved.

On the other hand, with the broken "wave carpet" on Stage 3, I can only imagine how broken the other obstacles in the game would have been if they had managed to finish porting it. Perhaps they'd put in hammers that don't actually do any hammering, or find a way to work in vacuums that only suck metaphorically because they don't suck literally. Still, if they couldn't be bothered to complete Marble Madness, they should have simply not included it. It's a disservice to gamers everywhere to sell the game as "Marble Madness / Klax" when half of Marble Madness is nowhere to be found. I'm calling this version "Mar Madn" from now on.

I give this game an "F" out of principle, despite the fact that Klax plays well, simply because it's inexcusable for DSI Games to have shipped an incomplete product like this.
Review Page Hits: 0 today (362 total)
mediahook