Mario Party 8 is one of those games where it is so bad it is fun to play. 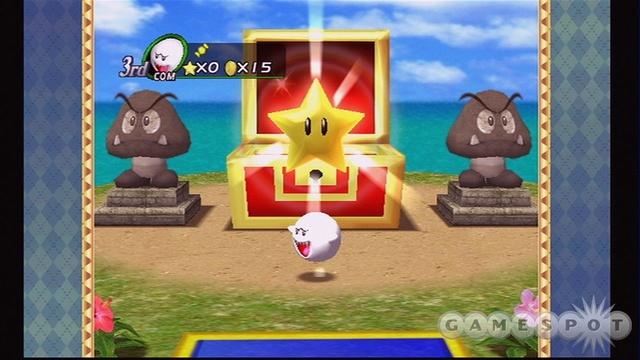 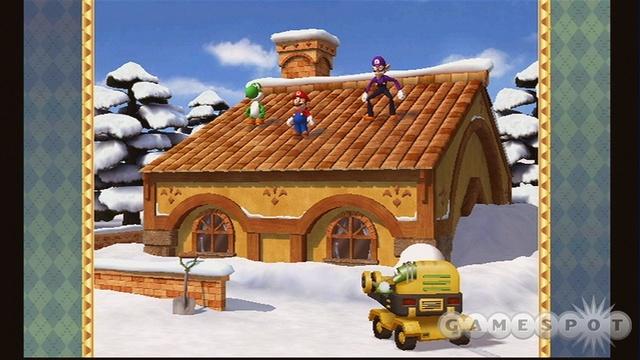 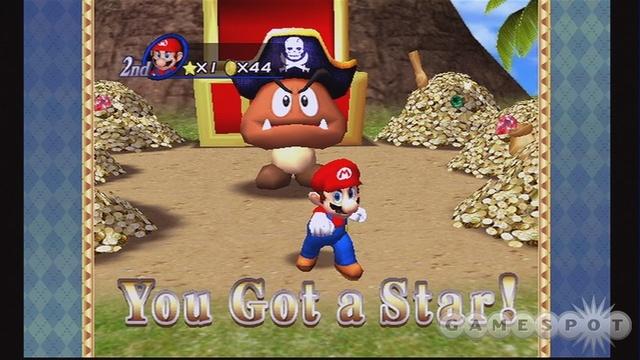 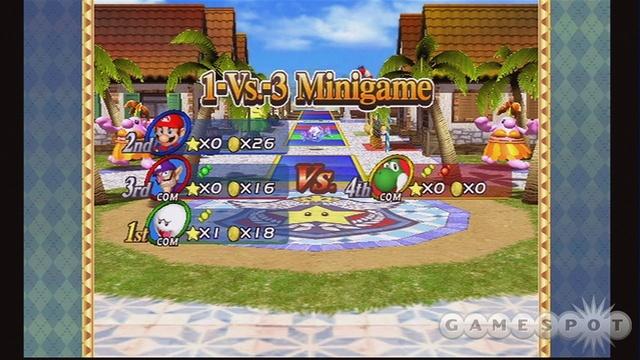 Mario Party 8 is one of those games where it is so bad it is fun to play. While the minigames in themselves are devoid from anything resembling fun, you will find yourself laughing just from how bad the game really is. There is a moment while playing when the announcer says, "I am feeling really lightheaded." Ironically enough, this simple reminder effectively describes the game as a whole. You will constantly find yourself laughing at the terrible dialouge, the corny minigames, and the horrible unbalanced gameplay. Mario Party 8 will make you feel lightheaded from laughing, but for merely at how bad the game really is.

Mario Party 8 is set in a carnival type world, in which there are separate tents for which you can participate. The separate tents let you play the story mode, compete against your friends, or just "have fun" with the minigames you have unlocked. The term "have fun" is used rather loosely considering not one of them will have you laughing with glee. By choosing the story mode you can play against three other characters in up to eight different-themed worlds. Most of them have been recycled from previous Mario Party games (such as the horror, pirate, and space worlds) yet none of the new ones are as fun as the others.

Playing against the computer characters is never a good idea considering they will always win the game. After roughly ten different games scattered across all the boards, the finally tally was 9-1 in favor of the computer. The games never rely on any skill whatsoever, and it literally comes down to how well you can hit the dice block. Unlike previous Mario Party titles however, the stars are located in one spot on the board for everyone to earn once they reach the designated area. The spot will never move and there are no coins needed to purchase a star neither. This makes strategy hardly essential to achieving victory, as everyone will ultimately be tied throughout the game. To make things even more unbalanced, the computer characters will always gain high numbers when they hit the dice block, meaning they can move nearly twice as many spots as you would.

Scattered around the boards are green tiles, which make navigating to the star faster to manage. If you wish to give up your coins you can jump on a dolphin, hop on a train, or fly through the air for a shortcut that usually bypasses around twenty spaces. The computer will never hesitate to use these spaces, and it always takes an exorbitant amount of time to complete this little shortcut. Since your coins basically have no use anymore in the game (unless you wish to buy useless items), it is always in your best interest to take advantage of these shortcuts in order to stay neck-and-neck with the computer.

There are little kiosks in which you can buy candy as well, items that give you a slight advantage at the start of your turn. Some of them are creative, such as a tornado that gobbles up coins from anyone you pass on your turn, or a spring that lets you change positions with any player, yet none of them are as effective as described. The computer players will always get secret candies, which let them force other players back to the start or steal any stars they may have as well. You can probably see how annoying this could become when you are several spaces away from the star and the computer unleashes their secret power on you.

If you manage to continue playing even after all of these unfair computer tactics, you will be assorted into various minigames in order to earn more useless coins. All of the games lack any form of originality and many of them have been featured in previous Mario Party games, just with some minor change to the look and controls. Since the need to use coins has become irrelevant, it feels more or less like a chore to play through all of the games since they are all so much alike. Mario Party also does a very poor job of trying to make the titles of the games clever and funny, with such ridiculous names like "Crops and Robbers" (which has nothing to do with crops and/or robbing) and other pun-related nonsense.

The controls never respond as well as they should either, making navigating around the boards and playing in games an ever-bigger hassle to manage. Hitting the dice block at the start of every turn requires you to swing the controller in an upward motion, however it usually takes three or four thrusts before you actually manage to jump. The games in themselves are irritating affairs. The menu before every game has clear and simple instructions on who controls what object and the designated movements for each. Numerous times you will find out that those said movements do not work in the games, and many times it will come down to frantic flailing with the controller. The computer naturally will win more than half of the games, and even on the easiest difficulty they are always so much better than you.

Mario Party 8 sounds similar to previous titles, so expect plenty of recycled voices and noises. The constant bombardment of similar noises and over-the-top circus tracks really make Mario Party 8 an annoying amusement. Nintendo has also managed to create an equally annoying new host, who screams in weird sounds and always seems way too excited at all the wrong moments.

Like a good song that got overplayed on the radio, Mario Party 8 is simply too much of a good thing. The series is in desperate need of a revival and one can only hope that Nintendo looks at this title as reference of what not to do in the future. The new motion-sensing controls do nothing to make the games or overall presentation any better and the unbalanced computer characters make playing more frustrating than fun. Fans might enjoy playing the game and having a few laughs, but those laughs are for all the wrong reasons.
Review Page Hits: 0 today (635 total)
mediahook