A fantastic game to play with your friends, but is that enough to justify the 10-year wait? 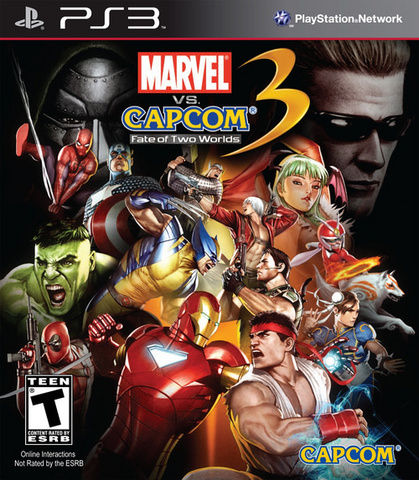 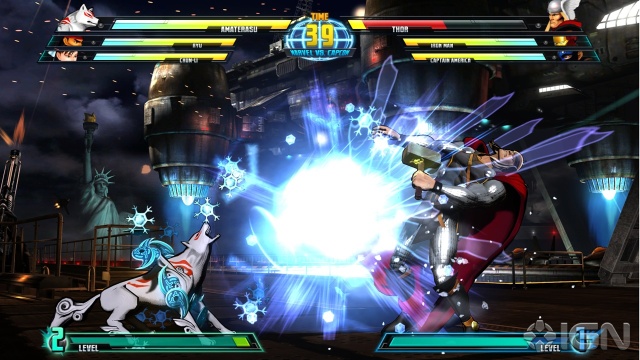 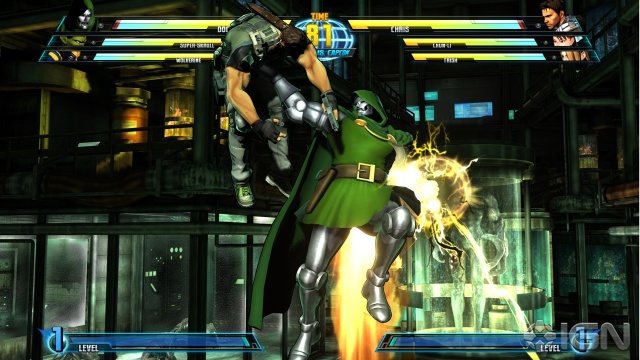 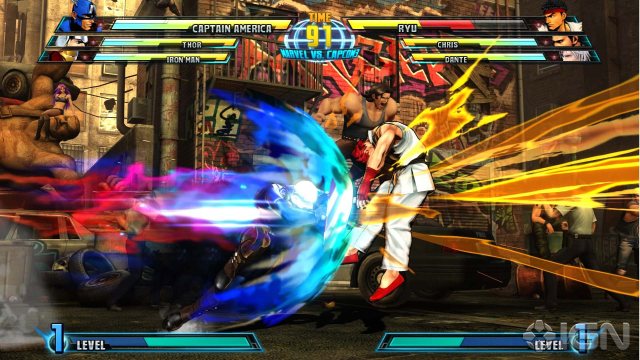 With the level of success that Marvel vs. Capcom 2 has enjoyed since it was launched over a decade ago, it's safe to say that fighting game fans had high expectations for Marvel vs. Capcom 3. The third installment in the series is a game that continues to appeal to hardcore gamers, while also bringing casual fighting game fans into the mix with more accessible control options and modes.

The gameplay in Marvel vs. Capcom 3 is definitely different from its predecessor. For starters, there is a "simple" control scheme that will allow beginners to enjoy the satisfaction of pulling off some of the series' trademark combos without having to memorize long move sets for each character. It's a welcome option for those that just want to enjoy the carnage on-screen, but serious players won't find any use for the new method of playing. The regular control scheme is very similar to that of the excellent and overlooked Tatsunoko vs. Capcom. The right trigger allows your character to dash (some characters can even air dash). The left trigger calls in all of your characters for a triple hyper combo. Tapping L1 or R1 will bring a teammate in for an assist, but holding R1 or L1 will "tag" out one character for another. The controls will take a little bit of getting used to for MvC veterans, but experienced players should be pounding opponents in no time with just a little practice.

The character list in Marvel vs. Capcom 3 has been the subject of much controversy. First, the good: the game has many newcomers, including Chris Redfield and Albert Wesker of Resident Evil fame, Dante from Devil May Cry, Arthur from Ghosts 'n Goblins, and comic book mainstays Deadpool and She-Hulk. For the most part, I love these new additions. They control well, and their move sets are fun and varied. The downside, though, is that it seems that these characters made an appearance at the expense of others that MvC fans were looking forward to using once again. On one hand, I can understand the pressure that Capcom was under to add all the new characters, but it's hard to sympathize with the company when they are now charging $5 to download each new character, especially when some of these characters were already on the disc! Capcom isn't alone in exploiting gamers with microtransactions, but surely it will turn off many of its longtime supporters with such a blatant money-grab. This could still be forgiven if Capcom gave us the characters we really want, but in some regards, it dropped the ball here, too. For instance, where is Mega Man?! One of the most iconic characters in video game history was left out in favor of Zero. I like Zero, but I see no reason why the Mega Man series only gets one character when Resident Evil and the Darkstalkers series get three each.

Let's talk a bit about the story. The title of the game implies that an epic story will be told, but the problem is that the game doesn't do a good job of explaining anything to you. If you want to understand how these two worlds collided into battle, you'll have to do some research, because for some reason, Marvel vs. Capcom 3 doesn't have a story mode. Mortal Kombat vs. DC Universe had a story mode and an arcade mode, and that game launched over two years ago! Players can unlock intro videos that show off some of the characters in battle, and by beating Galactus (the final boss, who is freaking awesome, by the way), a comic-style cutscene specific to your character will be shown. That's about it, though. For that reason, Marvel vs. Capcom 3 shines much more as a multiplayer game, as the single-player experience is lacking in some of the features that we expect modern games to have.

Despite the bare-bones approach to it, I had a lot of fun playing the arcade mode. Part of my enjoyment was because the enemy A.I. is nearly perfect. Unlike most games, the computer opponents aren't overly stupid or cheap. Play on hard difficulty and the computer may even teach you a lesson on the importance of strategy! The arcade may not provide you the lengthy story segments that fans may want, but it's still perfect for those who are in the mood to just beat the crud out of someone.

Okay, so you've just beaten arcade mode on hard difficulty for the first time after many attempts. You think your skills are advanced and you're finally ready to own people online? I hate to break it to you, but you're not ready yet. The game's online mode is very difficult and extremely competitive. People online are very tactical and will even resort to using some cheap tactics to win. To compete, you'll have to master your favorite character, know their moves inside out, and get acquainted with some of the more common strategies that other players will use. Playing with friends is fun, but the lack of a spectator mode keeps it from being perfect, as often you'll be waiting in the lobby to get your crack at the winner. Hardcore players will get the most enjoyment out of online play, but even casual players will find it fun to duke it out with their friends.

Tacked on to the final package is a mission mode, which I found to be pretty boring. You try to pull off special moves and combos in the hopes of unlocking bonus content, but it's a bit tedious at the same time. Overall, mission mode just feels like a reason to sell this game at full retail price. You may get a few minutes of enjoyment from it, but it will quickly be an afterthought.

It may seem like I have found more faults with the game than qualities, but the truth is, the gameplay is all that matters here. The game is so fun and addicting (especially against friends) that you can overlook the limited character roster, the lack of additional game modes, and the seriously lacking story. The graphics are colorful and fluid, which is all I need from a fighting game that relies on such speed. If you're a fan of fighting games at all, put this bad boy into your console and prepare to have your head explode from sheer awesomeness.
Review Page Hits: 0 today (487 total)
mediahook