Mass Effect 2 builds on the strengths of its predecessor to deliver a fantastically deep story with plenty of user-chosen plot twists. The end result is a game that is story driven and will leave you intrigued and wanting more! 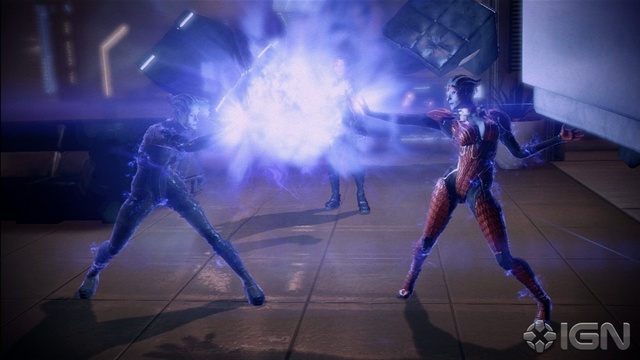 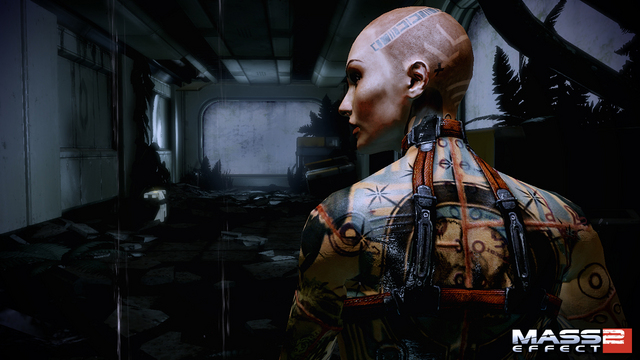 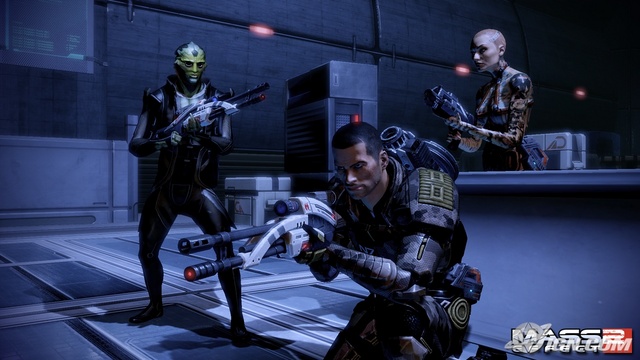 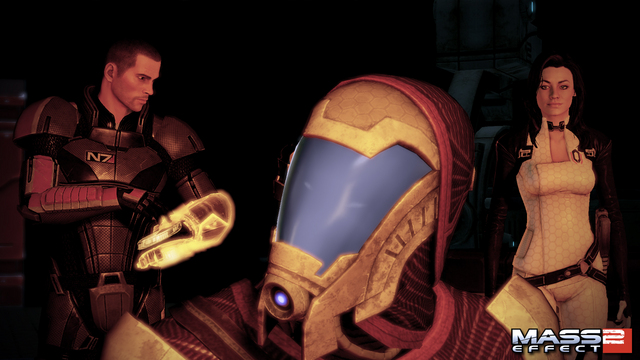 I played the original Mass Effect a few years ago but could never really get into it. I heard great reviews of Mass Effect 2 and decided it was worth a try. While the core gameplay is still the same, the overall experience is much better.

Mass Effect 2 takes place shortly after the original Mass Effect ends. What's great is that you can import your character(s) from the original game straight into ME2 and all the choices you made in the first game have weight with the story of ME2. The character importer works great and I like the fact that you have the option of modifying your character from the first game. Play through as a class you hated? You can change that but still keep all your choices intact. The story of Mass Effect 2 unfolds throughout lots and lots of dialogue, most of which you have a choice in. The game lets you choose responses throughout the entire game to dialogue which helps shape what sort of character you become.

The graphics are definitely sharper than those of ME1 and the sounds are better. Overall though, the full experience is much more grandiose. The music picks up just right to pull you into the action but then gets subtle in the background at other times, helping shape the mood of the game.

The controls have been given a slight tweak for the better, at first you won't notice much difference until you try to go back and play the original game, you'll wonder exactly how you survived without simple things like the ability to set more than one power to a quick use button or the ability to set teammate powers to quick use buttons. Overall the controls work very well.

The load times for the game can be a bit long at times, installing the game to your hard drive will cut them down a good bit but even then they are still quite long. Nothing compared to the elevator load times from ME1, thankfully.

One of the great things about the game is the wide array of characters from varying backgrounds. A lot of games you'll have three characters from identical backgrounds who rarely have to interact with each other, in Mass Effect 2 though each character comes from a different place with a different history. On top of that, the recurring characters from Mass Effect 1 also bring their experience with them from the old game and how they felt about you and add that to the flow. Overall there is a nice balance of characters, everything from the noble to the devious, from the human to the alien and beyond.

Relationships with the characters are also excellently done. Show favor and help out teammates and they will become loyal to you. You can romance your teammates of the opposite sex or offend them so they don't want to talk to you, so choose your words carefully!

Contrary to the other reviewer I'm actually glad that driving the Mako has been removed from the game. In the old game it seems like it was added almost as an afterthought, it had almost a Super Nintendo-esque simplicity to it that did not fit the feel of the game. Personally I wasn't sad to see it go.

The story in this game is nothing short of epic and the developers did a great job of keeping that feeling going throughout the game. Whether you're the honorable savior of the galaxy or the renegade with little care for human life the game suits both play styles well. Pacing for the game is excellent, unlike the first game where there was a quick burst of action followed by an hour of nothing, this game keeps you in the moment and never pulls you too far from the action.

Surprisingly for a game like this the replay value is excellent. This is mostly in part to the huge number of plot choices that you have. You can play again as a different class with a different set of morals and the game feels completely different. I have friends who have played through the entire game 5 or 6 times and still enjoy it. And this is no short story; if you do everything it will take you quite a while to complete the game.

There are a few weak points I do have to address though. First, let's start off with mining for resources. In Mass Effect 2 there are four resources that you need for various upgrades to your weapons, armor, technology, and ship. While running through the game you will stumble upon caches of various resources but it is nothing compared to the amount you'll received by mining. And how is this done? You fly from planet to planet scanning them and firing probes to mine for resources. At first it's actually pretty fun, but after your 80th planet you'll be tired of doing it. Methinks they shouldn't require you to do it so often for your resources.

Next, I really like games where there's a large supply of weapons and armor that you can customize and such. You find newer, better weapons as you progress through the game; it sort of lets you know how you're developing. In Mass Effect 1 there were TONS of weapons and armor for you to collect, maybe even too much. But they swung too far in the other direction for my taste with ME2. There are only few weapons and no sets of armor, just a few upgrades here and there that make minor changes (unless you get DLC armor packs and even then they offer no benefit). The way you get stronger throughout the game is with upgrades to your weapon damage and your health. I'd have liked them to have found a happy medium between the extremes in the two games.

Finally, and this is by far my biggest gripe (although I think it was made so intentionally), there comes a mission late in the game where if you complete it (unbeknownst to you) you will be forced to play the final mission or there are negative impacts. I am a completionist, I like having everything finished before I end the game, with ME2 though you may not have a choice.

Still, in the end the minor quips I have with it cannot tarnish the fantastic lasting appeal of the game. Bioware has made a spectacular single player experience that you can play multiple times and never get bored of with all that you could hope for in a game: well developed characters, good graphics, fun gameplay, intriguing story, and lasting appeal.
Review Page Hits: 0 today (117 total)
mediahook