It's always the simple thing that spoils something truly great! Mass Effect suffers from a few minor spoils, but don't be sceptical, as there are many truly lifetime-endearing moments! 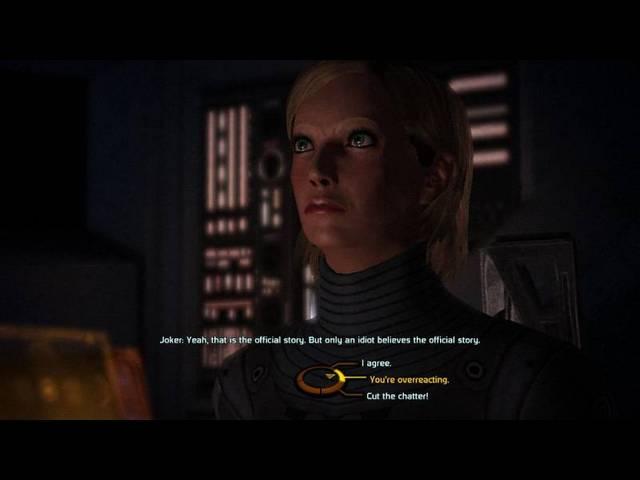 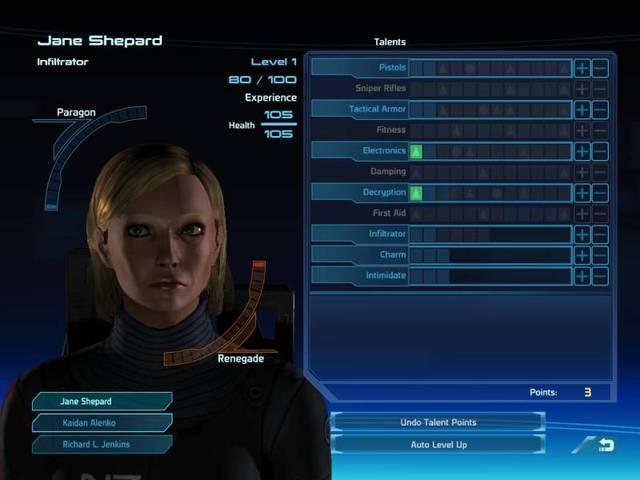 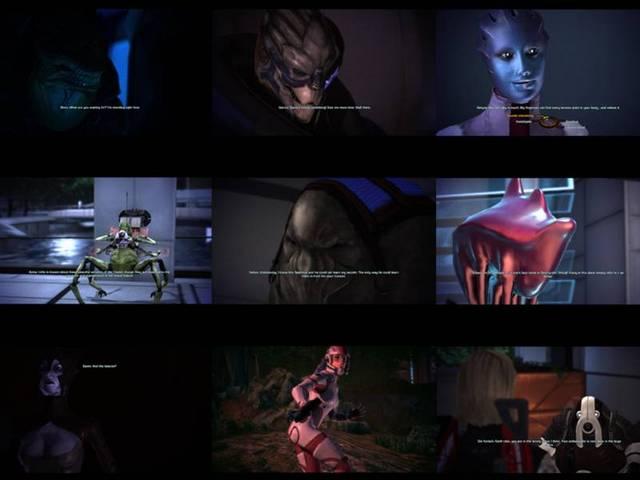 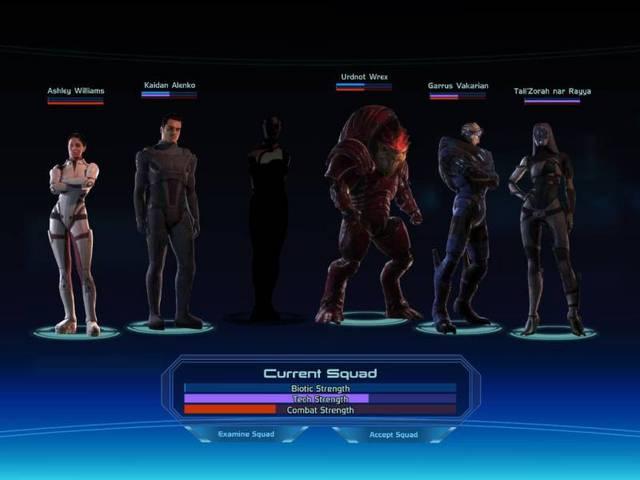 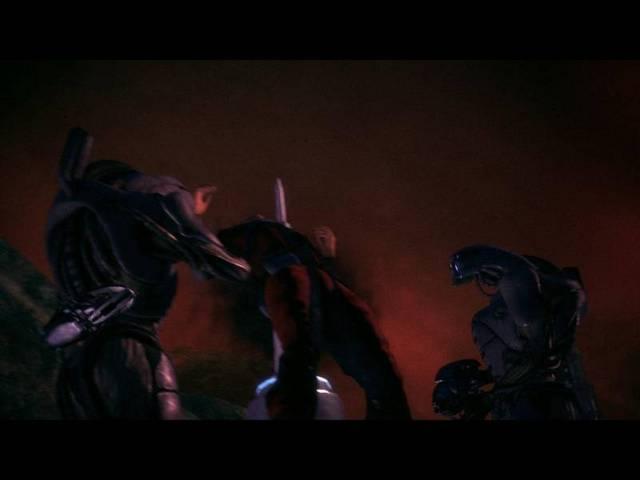 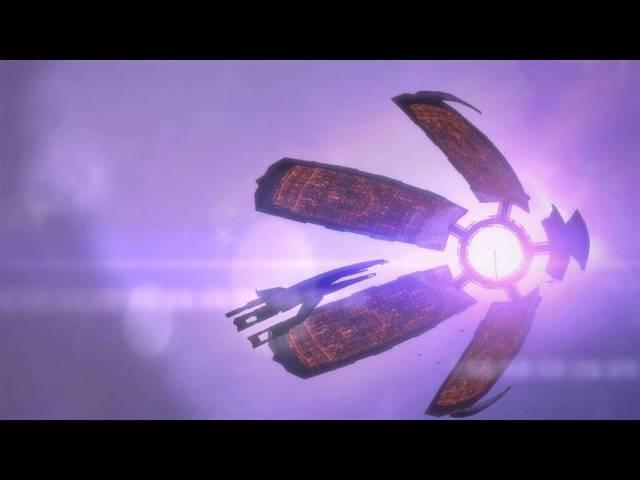 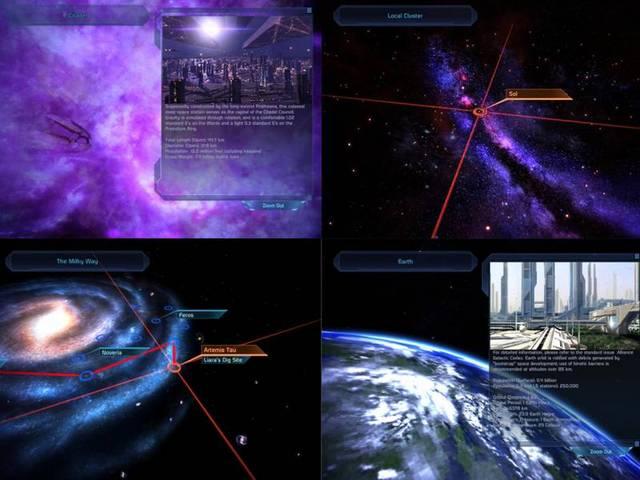 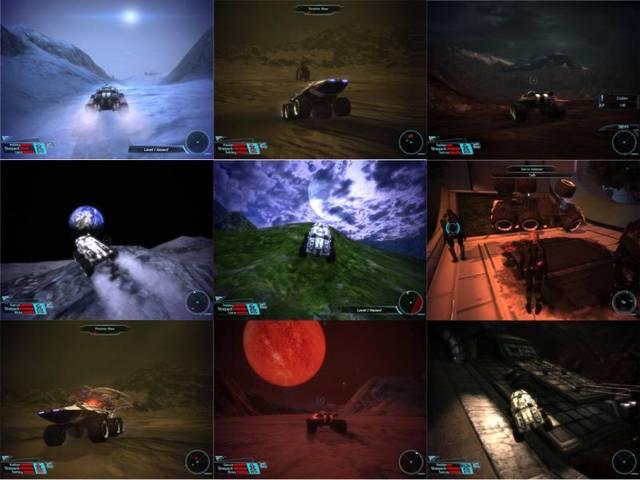 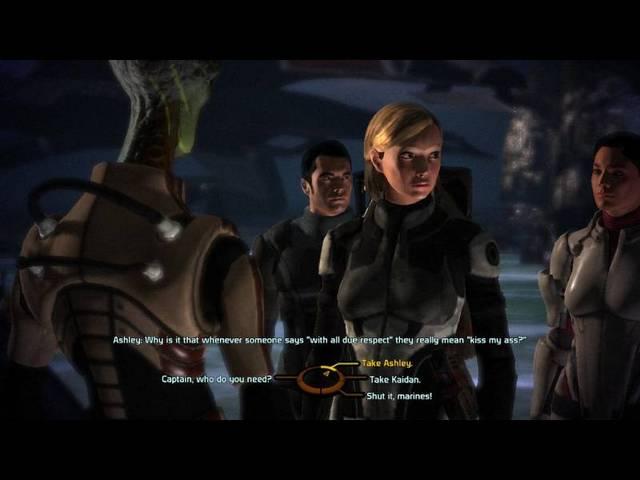 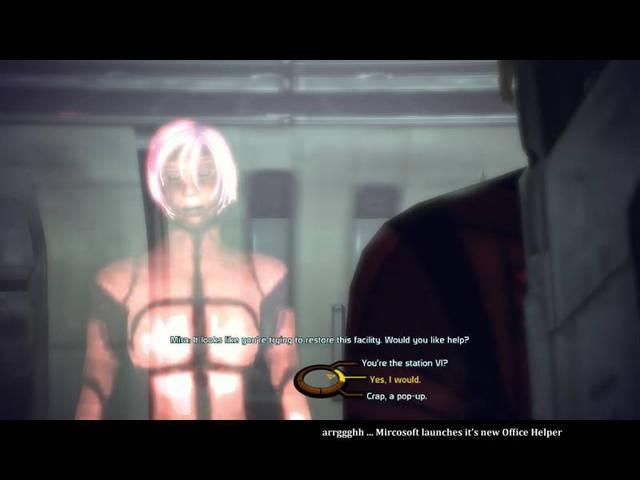 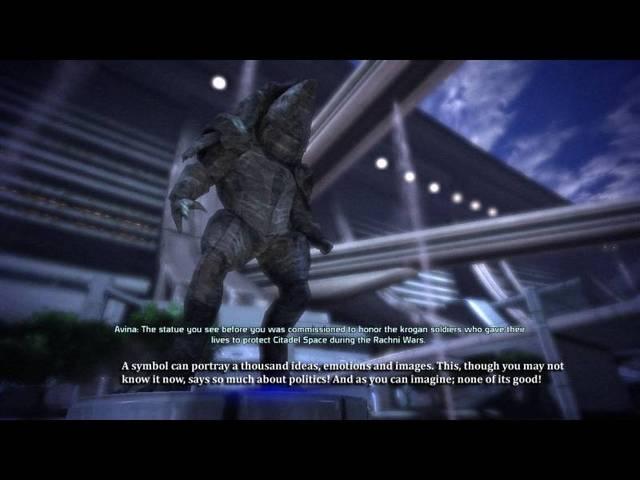 This is an odd feeling; a really strange sensation. The most morally interesting game I have ever played, since, well... since I can't remember. And yet, half of me is so thankful that I've finished. The funny thing was that I really enjoyed the storyline experience. I just hated the combat, and unfortunately the game has a fair amount of violent tendencies.

The story starts with you being able to create your character. This game is all about creation. The human race is new in space and new to the intergalactic council, hoping to create new friends, and prove your species worthy. You also mold and create your character through the choices you make, leading to the use of Paragon and Renegade actions. Paragon, being good, and Renegade is bad, but what is clever is that one doesn't subtract from the other. So just like in life, you can be an arsehole one minute, and two-faced the next. This is what saves the game, the fact that the storyline can be handled in such a diverse range.

Also, there are some really captivating subplots. These moments had me on the edge of my chair, my head spinning with moral choices. Like the time I could have my friend shot for not obeying orders. Or when I had to choose between my two squad mates, I chose, and one died. I still don't know if it was the right choice. Or when I had to talk down a suicide case from jumping. These gripped me, and at a time I was least expecting it. However, similar subplots would appear again and again, which began to feel a little like a rip off. But on the whole I was impressed, in fact the only thing that did make it annoying, was the ambiguity of the wording.

But then again... the story also shows you the universal ability of solving problems. I am reminded of Chris Rock's famous joke, no, the other one, "There ain't no money in the cure!" There is only money in relieving the symptoms. This also rings true for every major decisions in politics I have ever seen. During your story, you come across a species called the Krogans, a story that ties heavily with the main plot. You can plainly see the stupidity, atrocity, and the repetitive loop. Leading you to wonder how the council, the people in charge, can be so illogical. And yet ... we see it all around us in real life, say it loud, "There ain't no money in the cure!"

The story works on a dial system, where you select your reply to the dialogue given. But there are choices I wouldn't have made, if I had known what I was going to say. Confused? Sometimes, when you make a dialogue selection, it often feels different than what you thought it was going to say. So it is a representation of "gut feelings," and the dialogue comes out with an interpretation, which at times feels definitely like someone else's interpretation!
I found this which has nothing to do with the point, but will show how the dialogue system works. Try this for fun, you need to download the file called "dialoguesystemsample.zip", it's about half way down the page.
Dialogue System Sample

The tactic screen allows you to pause and issue orders to your squad members. The combat system was supposed to be clever, but never lives up to its promise. Eventually, you abandon what could have been very helpful. Because at times it is a stroke of genius, however the other 90%, it comes off as awkward, clumsy, and totally unnecessary. The slightest bit of cover and you stick, almost jump at it, But directing your squad member is unbelievably painful. From this moment, it became more of an FPS, with the help of AI's that did better off when you didn't order them around.

Weapons are appalling! There are stupid control keys, awkward targeting, and the several thousand moments I didn't want to stick to cover. I suppose the real thing was that I played the whole game using just a sniper rifle. This often means a game has no adaptation, not particularly difficult, and linear. While it is my choice to stick with the gun I like most, I feel this game's AI fell neatly into the above three modes.

What I hate most about the variety of weapons, is that there is no variety. There are modifications for weapons, various different bullet types, and the usual futuristic gun statistics, all in the hope that it will fool you into thinking there is a choice. On the whole, it is clever, and I did appreciate the fact that you could have rounds that poison you, or bullets that would pierce armor. Only, the developers forgot one small detail: the story revolves around you defeating a robot army. This means that you stick to bullets that do damage to synthetic beings. The odd times you meet an organic being and shoot at it, are so few, that you really don't care if it's the wrong type of bullet!

The Mako vehicle is a little run around for traversing foreign planets. This vehicle is so awkward. Harder to steer while drunk, and receiving pleasure from a rather buxom woman, and yet some of the best fun I've had. That's not an omission; I would never drink and drive. But the fact is, you can't flip this thing over and can drive at near 90 degree angles. I've Jet packed this thing off mountains, crashed into buildings ... and not a single scratch, not even a chip in the paint. Even though there isn't a chance in hell you could drive between the white lines of a road, all I can say is ... I want one. Unfortunately, I won't spoil the ending, but you will be slightly miffed at the story when it comes to certain points, the ending of Mako is just one.

The internet is abuzz with annoyed Mass Effect Fans. The security protection, this requires you to activate your copy, using the Mass Effect code, then every 10 days to keep reactivating it. This is to make sure your code will always remain unique, and not shared, and that the developers can make more money. This infuriated more than anything else, and to be honest, was a little less effective than any other protection system. This was hit with a range of emotions, all passionate in some way or form.

Emotions, a strange thing, are able to change the context of anything, and why emoticons were invented. If I told you that this document was all written sarcastically, it would change the whole context of this review. Just to clarify, it was pure honesty, and objectivity, something I hope that does come across. The female voice has a lot more emotion and power in her voice, but the face is always void. As for the male characters, I am often told, are devoid of any kind of emotion, in their voice or face. This is a huge shame, as in this kind of game, it would have served well. Why they couldn't use some kind of face mesh, giving your character some basic emotions, was beyond me. What is worse... I think they did, but I am still not sure. In the last scene, or perhaps that was my mind playing tricks, I swear, I thought my character smiled...!

The graphics are good, and require a strong computer to play. However, there are some odd video effects that are present unless you turn them off. Film Grain, this is the adding of static to a lens to produce a motion picture that feels older than it is. I believe there is no need for it, and couldn't understand why, but while I don't love it I suppose it looked cool. To be honest, why would I want to make the futuristic Sci-Fi that is Mass Effect look like it was filmed by an old camera? So I turned it off anyway!

Mass Effect also has some other tricks up its sleeve. Most notably Mass Effect 2, what I hear you say, a sequel, it's been done. But so often in sequels, the story will be predefined, as you play the game how the developers feel it should finish. This, of course, may differ from how you left the story or finished the game. This leap, offers growth and new directions, it's already looking like a fantastic game, if only they'd fix the combat issues ... and the little birdie, he says they have! If so, bonus!

Yep it seems that having the first game will work out in your favor. A better, deeper, and more immersive storyline. Storylines that have hinted towards a tragic ending, yes where Sheppard could actually die...! The only thing to do now is not to uninstall the save games You did remember not too, didn't you...?
James