Mass Effect goes to the far reaches and delivers one of the most satisfying and enjoyable experiences in years. 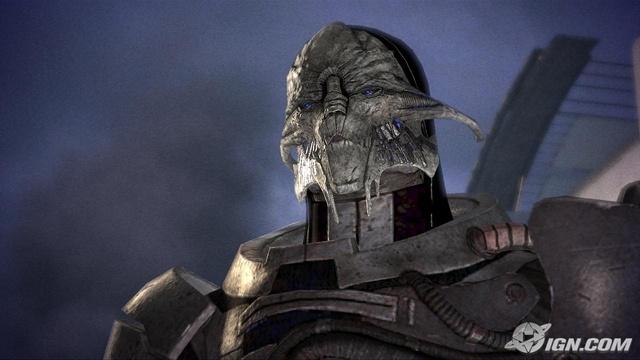 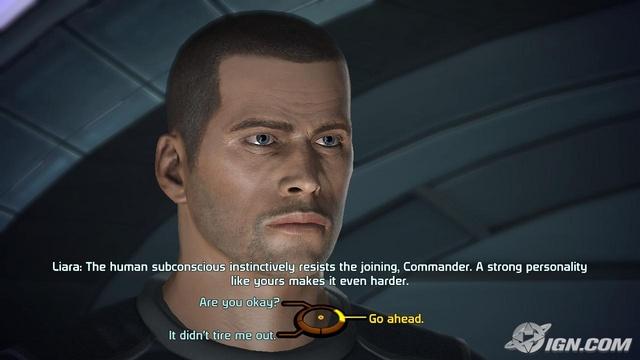 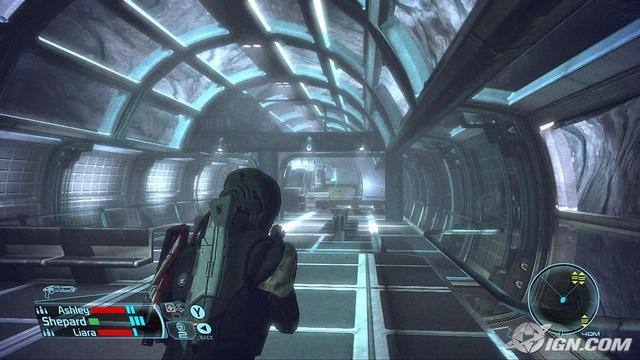 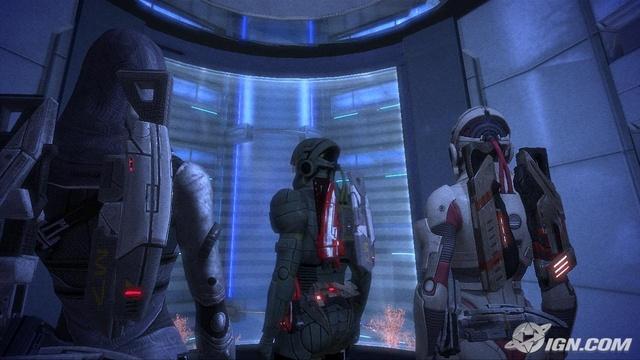 Space truly is a marvelous and wondrous frontier. It is no surprise than that BioWare chose to base their next project in the vastness of the universe, a place so big and enthralling it leaves much to be desired, and so much thrills to be had. Mass Effect is a game with unlimited potential on its hands, and with a pedigree as good as BioWare, there was plenty of hype abound. Thankfully enough Mass Effect more than encompasses the feeling of being lost in a bigger world and gives you the ability to detect your own path in truly magnificent ways.

Mass Effect follows the adventure of one Commander Shepard as he is thrust in the middle of a war for the fate of the universe. A big chore for even the toughest soldier indeed. As you begin your journey you soon hear a distress call on a nearby planet and land to investigate. While there you soon meet an ill-tempered alien named Saren, a rogue Spectre who has evil intentions of ruling (and possibly destroying) the universe. As a fellow Spectre, you are tasked by the Council (a sort of intergalactic UN if you will) to stop Saren by using all means necessary (as a Spectre you are above the law). The story only gets more dramatic and intense as you progress, and for the sake of keeping things in suspense, no more shall be revealed besides some minor plot gaps.

The sanctity of the story is the core of Mass Effect. You will come to enjoy just how human many of the characters in the game are. You will see them traversing with one another as you walk down corridors, some will approach you for conversation, while others will be off doing their own thing, whether it be fighting or resting. What is so amazing about the world of Mass Effect is how truly interactive everything is. All the characters, whether related to the story or not, will have the ability to talk to you. The immense satisfaction of picking a person at random and engaging in a stimulating chat could have you hooked for hours trying to learn everything about anything.

What makes the conversations so thrilling is how personal you make Shepard. Right from the start you can customize Shepard in any way you see fit. The limits are endless and the templates in Mass Effect are some of the broadest and most diverse selections available- with anything from skin color and tone to the size of your eyebrows. After choosing your basic look, you will than be tasked with choosing your professions to help suit your preferences in battle. There are numerous classes that are suited based on your preferential tactics. Soldier for heavy gunfire and support, Technicians which can help hack computers and lower enemy's defenses, and Biotics who use "force-like" powers to help sway the flow of battle. All of these classes can be blended with one another to offer truly unique and interesting forms of combat.

The beauty of Mass Effect relies heavily on the story, and it is a great story to be told. The dialogue options get much more advanced than anything you encountered in KOTOR or Jade Empire. Instead of just picking simple lines of text depending on your preferential style of play, you now create a series of branching arches based on your words. For example, if you choose to be nice to a person, all the lines of text reflect that voice of reasoning. Same goes for the opposite end of the spectrum as well. You will even get the option to intimidate or Flirt with characters and time progresses, opening up even more options for the dialogue. There are literally fifty different options available for every conversation, so the limits are endless on how you can achieve certain goals.

The game is laid out in a very linear manner, but it is the choices you make which depend on how fast you accomplish your goals. Saren is going to four separate planets in an effort to put his master plan in order and you must travel to these planets accordingly to find out what he is up to. You could simply do that if you want, but your adventure will round out very short and not well worth the trip. Taking on side quests is where the adventure lies and you will spend most of your time traversing barren terrain lands on inhabited planets. While the concept is interesting, it is a shame to say that most of the planets look the same with the basic distinct signs of a mountain and desert. Plus man of them require you to infiltrate a remote building, wipe out whoever is inside, and reap the benefits. Its fun, but there could have been a bit more diversity.

With Mass Effect relying heavily on the story, it is easy to get lost in the dialogue and forget all about the combat. Thankfully enough the structure itself is not too advanced as the dialogue is, but it still takes some skill to master. At the start of battle the screen will freeze giving you a glimpse of your surroundings and the enemies. At this point you can than issue commands to yourself and fellow squad mates for their next attacks. Similar to KOTOR you can issue each character a separate attack or skill for higher efficiency.

Using the right bumper allows you to switch weapons on the fly. By utilizing each character's strengths you can totally dominate the enemies at will. The left bumper is used for biotic and tech powers, which can send foes flying in the air, caught in a force field, or catch on fire. The way you utilize your skills to their fullest potential is a key component throughout the course of the game.

As you kill enemies and complete missions you will earn experience points which help you upgrade your character's abilities and looks. The more you use a certain skill the more powerful it ultimately becomes, so find something you like and is effective and keep using it a lot. Depending on which road you take in the story also opens up new branches of classes later on, making your choices even reflect how you fight in battle. Your experience also reflects your weapons and armor you can use, as less experience neglects the higher and more powerful weapons and so on.

The visuals in Mass Effect are some of the best on the 360. Almost everything in the world looks real to the touch and the water effects are so lifelike, you have to stop and stare for a good while to enjoy the fascination. In fact, one level in particular, the Citadel, is so magnificent it literally blew me away the first time I saw it that I had to stop playing and catch my breath. It was THAT awe-inspiring. The music too is well-blended, offering a great sense of a futuristic space feel with a military-esque ballad when battles commenced. The voice acting is also top-notch work, almost something you would find in a Hollywood flick.

When all is said and done, Mass Effect goes to the far reaches and delivers the most satisfying and enjoyable experiences in years. The dialogue system leaves options for replay open for years to come and the exciting combat and visuals will give gamers more of what they love on the Xbox 360, quality games. If this is only the first game in a set trilogy, I cannot wait to see what BioWare has in store for the remaining two titles.