MOHA is another WWII shooter with some life in it, but there are better titles out there! 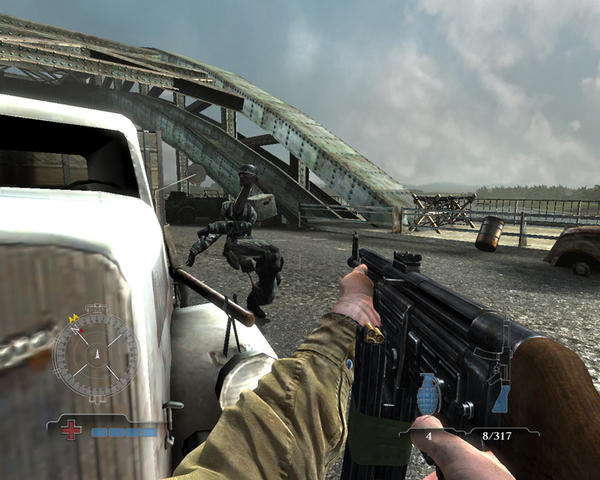 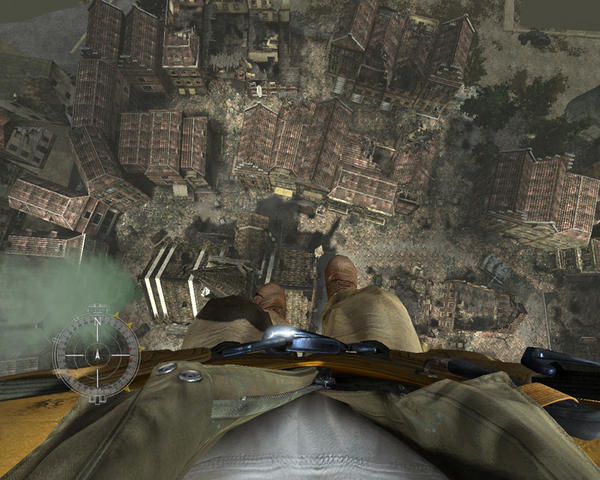 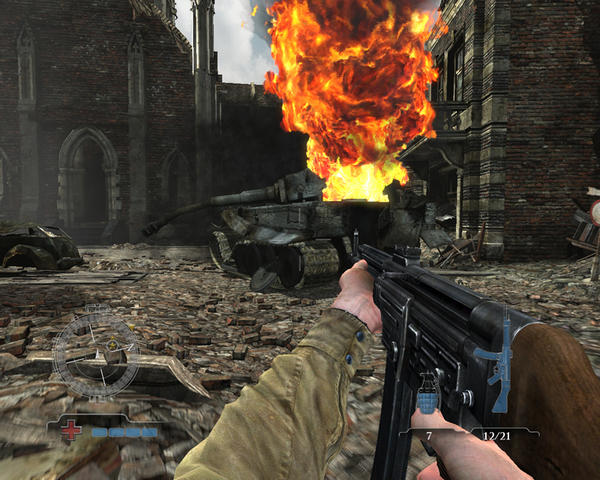 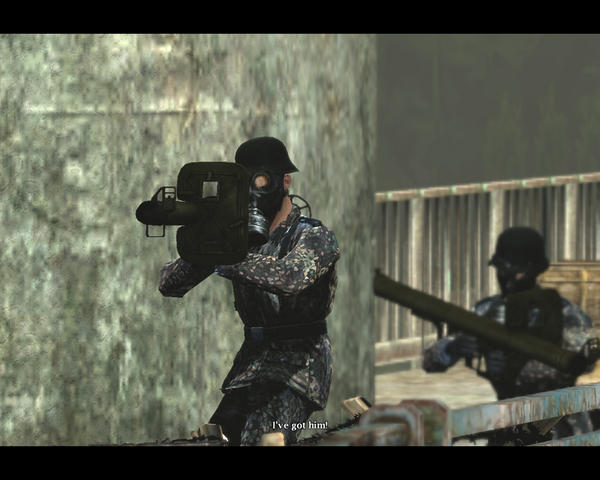 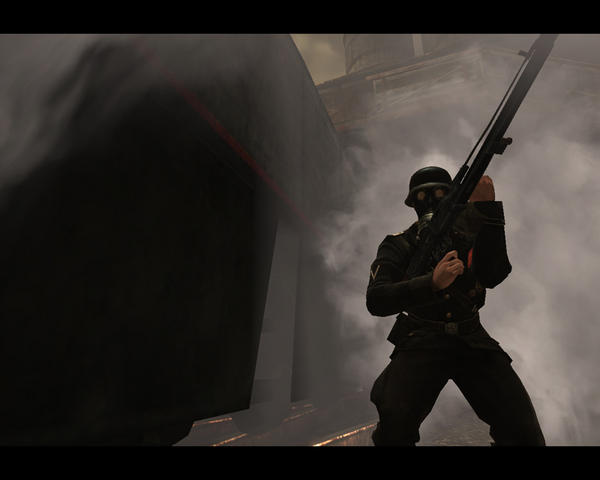 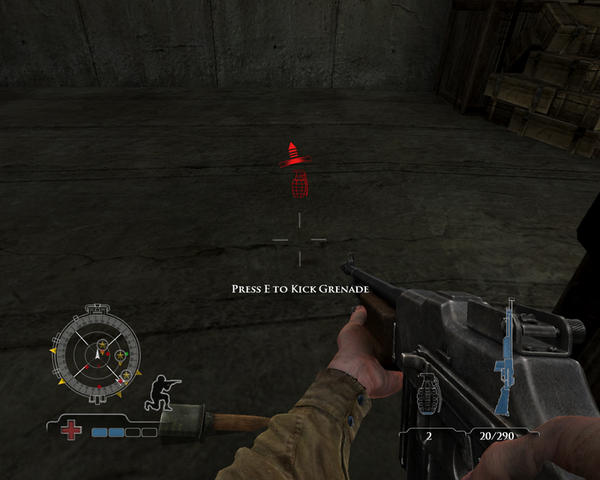 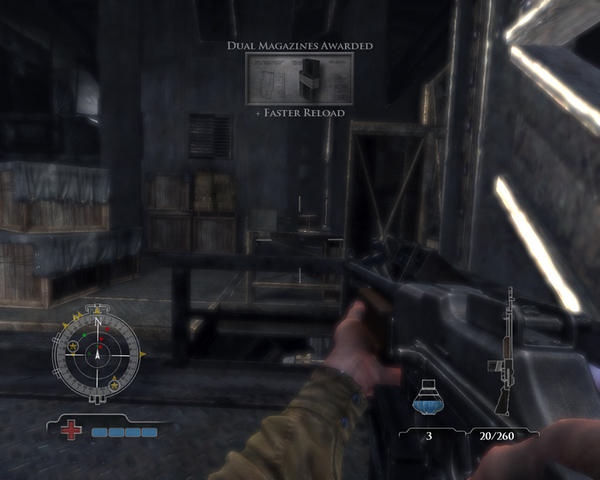 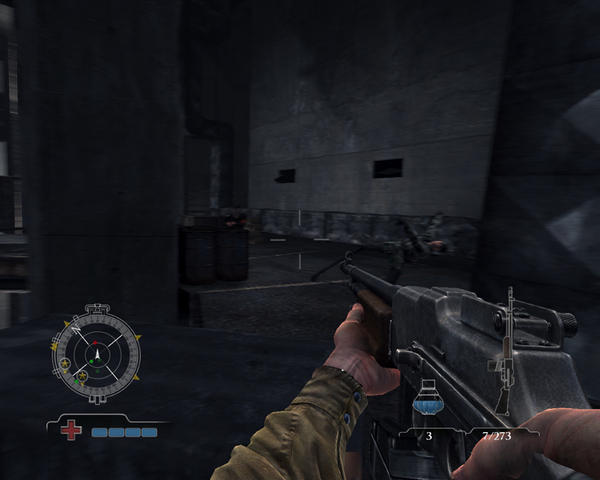 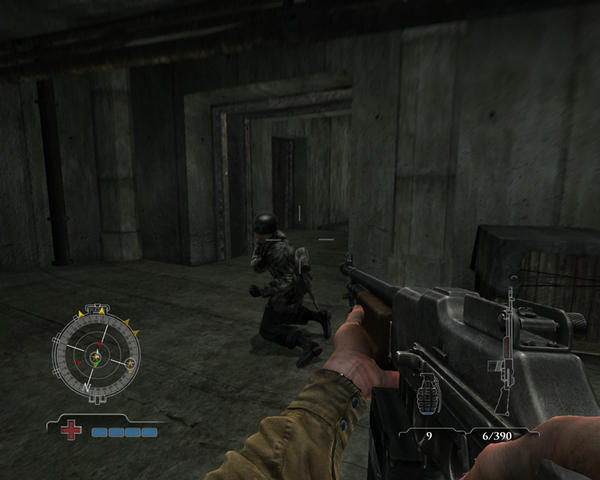 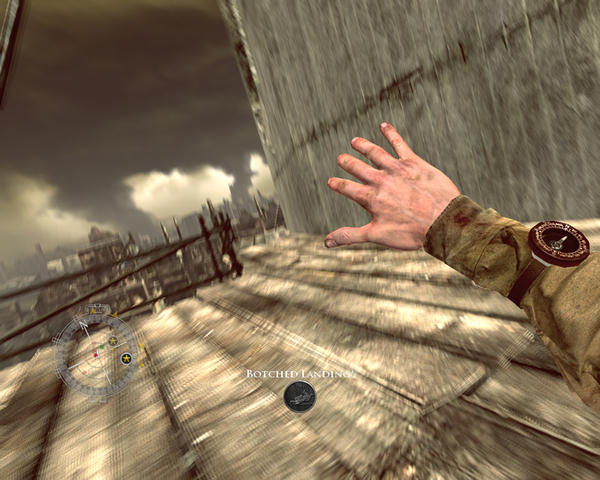 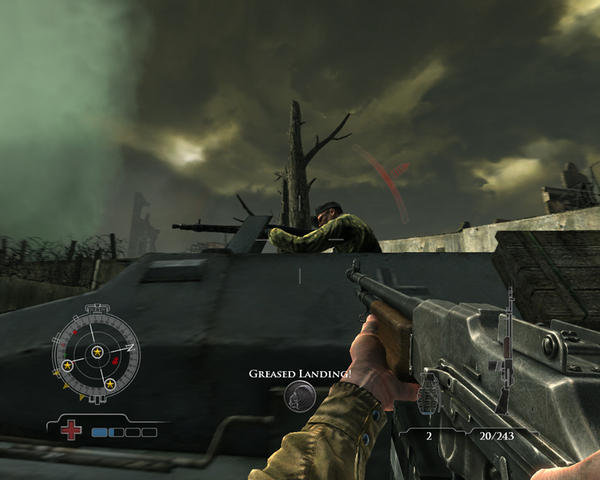 When I first read some other reviews of Medal of Honor: Airborne, the same thing kept coming back. That it was debatable it should actually be called Airborne.

MOHA follows an Airborne Division solider, Travis, parachuting deep into enemy territory. Of course once you hit the ground you follow the same linear game play. Debatable? To be honest, what were people expecting from it? That's what an airborne division does; parachutes into enemy territory and fights them on their terms.

On a side note, each mission starts you off in a plane, ready to be dropped. And every time your plane seems to get shot down; of course you bail out just in time. But, I bet the other soldiers fear Travis as someone who is cursed!

I think the mere fact that the developers of Airborne gave you the freedom to pick your starting points, by directing your parachute, should be credit alone. Granted this plays a very small part of the actual gameplay and once you land, it plays just like any other MOH game.

But, I like this game and the graphics are superb. Dare I say it; the atmosphere has been recaptured since MOH: Allied Assault. You get a real sense of being in battle as the edges of the screen blurs with fast motions and the blinding particles of dirt as they are kicked up by grenades and explosions. If you ever experienced the highs and fears of battle induced adrenaline, I am sure this would be a close second.

You get all the usual WW2 weapons, but now there are weapon bonuses. The more you use a weapon allows you to level it up. This gives you bonuses in the form of extra parts for your weapons, things such as sights for better accuracy, grips to reduce recoil, and larger magazines to hold more bullets.

However, there are some odd flaws with this game. Funnily enough, most of them are installation issues! I had great trouble with my game, and it seems from the internet there are far more serious issues.

Personally I had the green bar scroll back problem. After waiting half an hour for the game to install, the green bar reaches the end. Suddenly "Unidentified Problem" message pops up and it decides to roll back the install. What is worse is there is no explanation at all! And even worse again, is that if you go on the internet, it tells you what the problem is! Why can't the message box say it?

It turns out that you have to have the windows firewall turned on. This is so it can add the exception to the list, for multiplayer purposes! The problem with that is most people use third party software, and turn off the firewall. The other problem is, after a while windows can shut off the firewall completely. Meaning a complex set of tasks to reinstall the firewall, just so you can satisfy the install process.

Though highly annoying, it really has no bearing on the game itself, as long as you can get it working. However, I fear that many people will not have realized this! Only chance they get to play this game, is to take it back to the shop and try and get a refund game!

Other than the Windows Firewall problem, and the one other serious issue (From the Internet, the "Blue Screen" Issue), that thankfully I didn't have. Flaws in this games code, is fairly limited. The system requirements are high, but not too bad compared to the up and coming games. MOHA uses a check point save system, which at times can be very annoying, but is designed to make you more cautious. So that you understand that dying is bad, meaning a lengthy replay of the level.

The game has a new achievement feature called a "skill drop point". There are five on a level and if you can land your parachute on these points, you get a pat on the back. The only problem; the only way to get all five points on a level, is to die each time. As this is the only time you will respawn in the air. On the one hand they are encouraging you to be cautions, on the other, they want you to go for these points.

In the end dying becomes a little blasé, as you will just respawn in the air, choose a different spot and attack the enemy from a different angle. And if you are wondering, no, the Germans do not obey the Geneva Convention (in regards to this game and paratroopers, but you are invincible in the air, naughty EA!)

The gameplay, once on the ground, is the same usual stuff. It is the graphics and camera action that is the cherry and the icing on the delicious cake.

If you ever watched "Saving Private Ryan", MOHA feels a lot like that. With the intense battle scenes, ear deafening explosions, the ping of bullets past your head, and the constant rat-a-tat of your trusted Tommy Gun. But this is where it deviates from Saving Ryan, as it ends up being a game of fun, more than anything serious. Which is a shame, but perfect if you want to let off some steam.

But it is short, there are only five levels. At times it can be too easy to plough through the level. Many a time I have stormed a fortified position and won. This is a fun tactic; but the problem lies in the fact that there is nothing to hold me back! No alarm bells that tell me "actually that is not a good idea!" If I die I just respawn in the air and try again from the other side!

This is a good game, and I suggest you have fun with it, and while it is not fully accurate, it is not half bad. But it is probably not a game that you will pick up again, so trade it and let someone else have a good time! Even if it is only for a short while!

The other thing to mention is the odd physics effects, where objects/humans can be caught in a strange skewed position. Visually it is humorous and can sometimes be very disturbing and weird.

Not one to keep, but one to have some fun with
James

But you should look at the readme file, as there is a whole load of exceptions, and no comment on the Graphics ram, but I would guess 512 MB
Review Page Hits: 0 today (50 total)
mediahook