Faqs and Maps from Gamefaqs
Odin Sphere on IGN

2-D is alive and well, and it's beautiful. 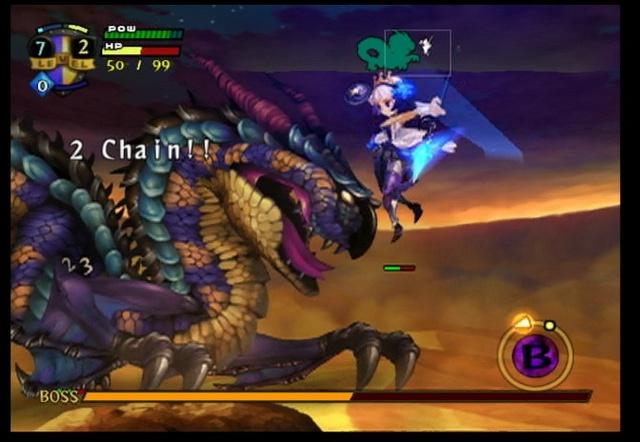 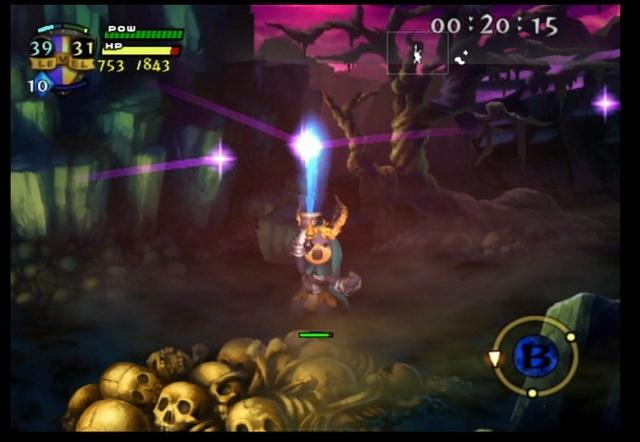 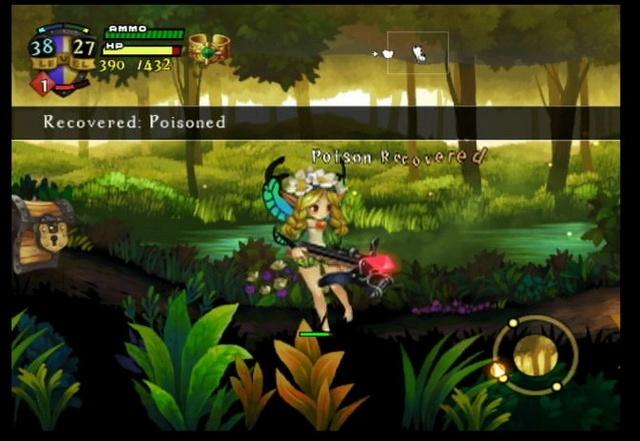 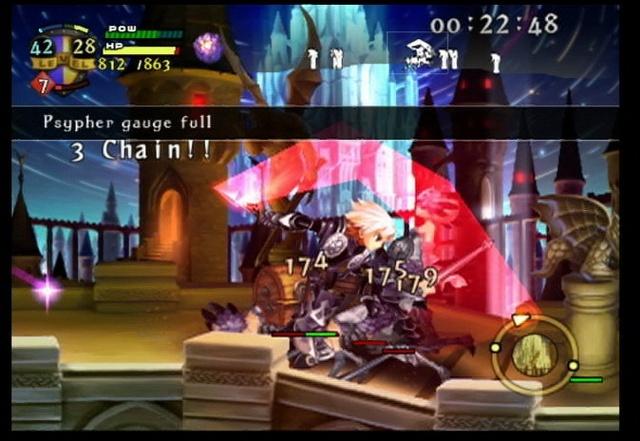 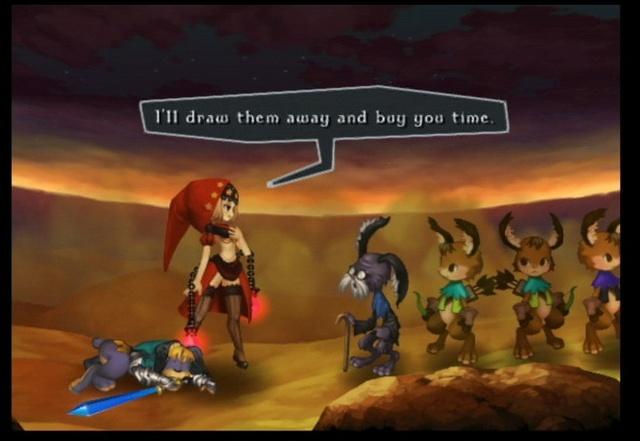 Odin Sphere is a story seen from the perspective of five characters: some of them are enemies, some of them are lovers, some are princes, some are soldiers. Odin sphere takes cues primarily from Norse mythology, with some other fantasy-like elements mixed in. The king for instance, is Odin, whose army consists of Valkyrie warriors, while there are also fairies and dragons as well.

As you start the game off with Gwen, you can tell you are in for a treat. The best part of it is that, at least for me, I enjoyed playing all the other characters a little more than Gwen, but I don't mean that as a negative towards her, it was just my opinion. The story is seen through the eyes of these five protagonists in very different ways. Throughout the early going, some of them are enemies and later become lovers, some of them switch sides, but in the end they all end up working together to try and save their world.

The graphics are visually stunning, featuring 2-D gameplay against backgrounds with striking three dimensional depth due to the animation style of the backgrounds. The characters are colorful and interesting in their design and character. Some of the enemy designs are simply massive with large hulking dragons and bosses the size of the screen. The enemies in the regular stages are the kind of cannon fodder-like enemies you have seen before, ranging from the typical gremlin or troll style enemy, to more interesting designs like warriors composed fire, or ghoulish specters in the netherworld stage.

The game plays in classic 2-D style but with an interesting twist to the level design. Instead of side to side levels, each area of the stage is a ring, and if you go far enough left or right you can end up back where you started. These rings are connected to each other to form the stages that each character must complete. Most stages consist of several such screens with usually two mid-boss areas and one Boss area, but until you obtain the map for that chapter you might not know if you are entering a mid-boss area. This isn't really a big deal as they aren't too difficult to defeat anyway. You can also replay chapters that have already been completed to obtain more levels or get more materials for item creations.

The interesting thing about the level up system in this game is that your character's level and your weapon's level are done independently from each other, and yet they are connected. Phozons, which you get from slaying your enemies, are the key to leveling. You can either allow your weapons to absorb them, or you can plant seeds which absorb the phozons and grow a variety of different foods which restore health and gain experience towards your character's level. This is an interesting dynamic which makes you think about how to use your phozons early on. Later in the game, it's less of an issue since the characters learn an ability to release phozons, making them easier to come by. Also, once you reach the Pooka Village, you will be able to bring ingredients to the chefs there to cook dishes for you to eat, some of which can gain a level right away; they are worth so much experience! Also, the first time you absorb phozons with Cornelius' sword, go ahead and shout "I have the poweerrrrr!" You'll see what I mean.

The characters in this game are as varied as they are detailed. As you play, you are treated to views from both sides of the conflict. For example, you play as Oswald in one chapter, but you may find him to be enemy in another. The game certainly rewards you well for playing them all, which you have to do anyway to reach the final book. Each character carries a weapon made from sacred crystals called psyphers which have the power to absorb phozons, and thus are very powerful. A brief summary of each character follows.

-Gwen as stated is a valkyrie warrior and fights with her spear, she has a limited flight ability and gains some abilities later on that arguably make her the games most powerful fighter.

-Cornelius, the prince who is cursed to become a pooka, an immortal rabbit-like creature, is quick, fast, and super deadly with his sword. He is the only character many players will not need to level up anymore before taking on the final book.

-Mercedes the fairy princess uses a mystical crossbow to devastate her opponents, has an unlimited flight ability and is considered by many to be the most broken character in the game, due to her ability to fly over ground enemies and her powerful weapon abilities that allow her to devastate regular enemies and bosses alike.

- Oswald is a soldier who is given a sword made from one of the crystals, and has the power to turn temporarily into a shadow like creature. He is the game's ultimate boss slayer: very little can withstand his incredible striking power.

-Velvet uses a long chain weapon which gives her incredible range to attack and she can also swing with it Spider-man style to make quick getaways or get in position to attack.

Playing through one side of the conflict through the eyes of one of these characters, and then being flipped to the other side later on really adds perspective to the overall conflict. It's an interesting and very well done idea that is too bad more games don't take advantage of. As you play through all the scenarios, more and more of the whole is revealed, making you say, "Oh, so thats what was happening while I was doing that with Oswald!" Like I said, it's very well done.

The sound of the game is an interesting one, with music that fits well in most of the stages. The netherworld stage has a more ominous and dark sound, while the music in villages or towns is more laid back and easy. The spoken dialogue in the game is done quite well, but for those who like the original Japanese voices better, the option is there to listen to that as well. There is also a lot of spoken dialogue in the game: shopkeepers and restaurant chefs speak to you as well as other characters and enemies.

The controls in the game are well laid out, it is pretty easy to catch on quickly to each character's different skills. They feel pretty tight and you never feel like you are wrestling the characters to get them to do what you want them to do. I found it was as easy to control the slower paced characters, like Mercedes and Gwen, as it was to control the speedy Cornelius with his spinning attacks and quicker jumping ability.

The replay value from Odin Sphere comes from the final book, after you have finished all five of the character's books, you find another book. It is aptly titled also, but I won't spoil that

Overall Odin Sphere is an amazing game that is enjoyable for not only RPG fans, but for anyone who loves action games, or great story driven games. It's classic 2-D with a modern twist, and a game that is deserving of your play time.
Review Page Hits: 0 today (687 total)
mediahook