Don't let the art fool you; this game is a toxic waste. 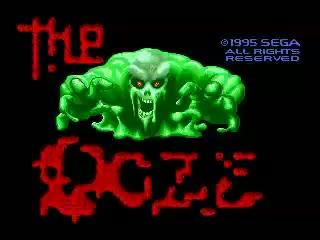 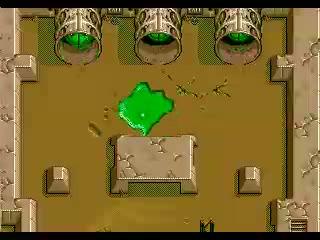 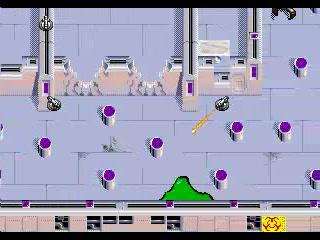 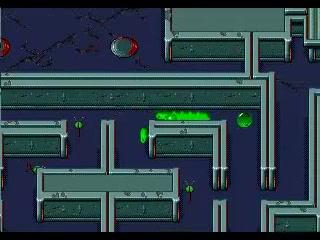 There's always a bad apple in every single video game system known to man. The "apple" always manages to have something that the player may not find amusing. For instance there may be awkward game play, mediocre characters, an illogical story, or sounds that either scare or sicken the player. The Ooze is one of those games that might make you wonder where the creators' brains were when they made this game. At first you might think that this may be a Hulk-esque game according to the box, smashing anyone and anything that moves, but the game itself proves that you can't judge a book by its cover.

You play as a scientist who pokes his nose into a conspiracy regarding a nuclear power plant. The boss of the power plant wasn't very happy about the snooping, so he barged in the scientist's room and basically turned him into slime. The scientist survived the attack, although he is now turned into a moving blob of slime. And to make matters worse, his DNA is scattered all throughout the factory. Now he has two objectives: Get revenge by destroying the factory and those responsible for the conspiracy, and get his DNA back. Only then can he return to normal. The story is full of genetics and mutations that might have been leftovers for a stupid sci-fi paperback novel. Surely the good people at Sega must've been crazy after they made such good hits like Sonic, Shinobi, Ecco, Phantasy Star, etc.

The main killer is the gameplay: You move around the level as a big green blob, and you can either punch an enemy, or spit at it ( which costs a little bit of your slime). You must get from point A to B, without losing all your lives. Sometimes you get to choose which route you want to go. Regardless, you have to get goodies and pieces of your DNA to succeed. You must collect ALL of your DNA and have a decent amount of slime on you if you wish to see the good ending. The Ooze can die really easily too. You lose a life if you lose too much slime from enemy attacks, or if you get one good hit in the head. The dying sequence ain't real pretty, either.

The Ooze itself is, as mentioned, one big blob, with a resemblance to a human skull sticking out to see where he's going. He laughs when he punches something, roars when slime is lost, burps when slime is consumed, and agonizes when he dies. The enemies themselves are mutated creations loitering about the levels, and quite frankly, can be disgusting at times. The funny part is when The Ooze finishes the level: He'll go down the drain (sometimes a toilet!) to the next level. Other than that, the characters makes you want to throw up.

The second killer, although equally as important, is the sound. The music is dark and somewhat decent; it's the sound effects that will make you barf! The thumping of a heart will send the squeamish reeling, and the sounds of draining will probably either make you laugh or moan. One must either have a strong stomach, a mute button, or the volume turned off in order to tolerate this annoyance!

As you can see, the game is not at all what you might expect from what you see on the box. The mutated characters and somewhat odd gameplay is bad enough, and the sounds (save the music) are good enough to stick your head in the toilet. There are other games are out there that have a better appeal than this game. Do your stomach a favor and skip this game.