This game has everything! At $15 bucks, buy it. 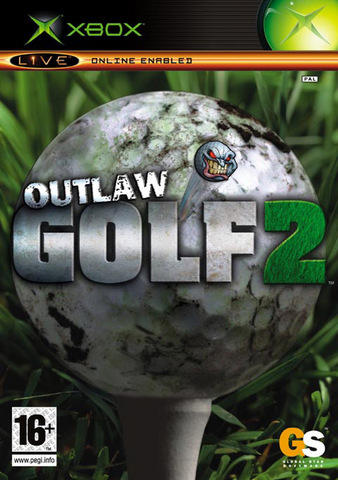 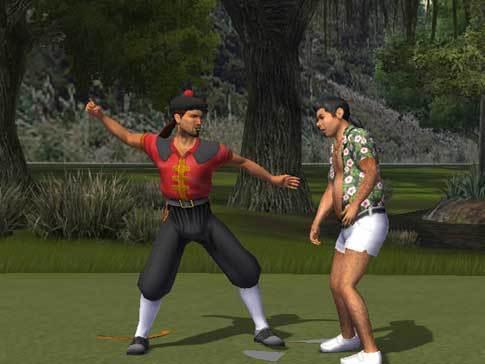 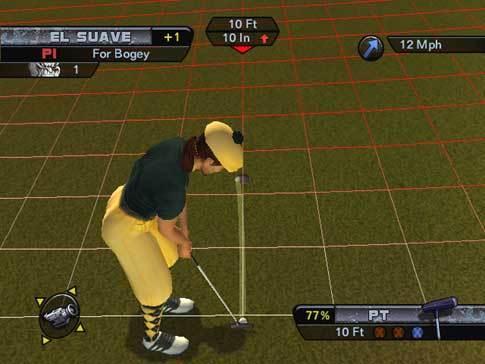 Let me just start by saying that I normally hate sport video games. I'd rather watch grass grow than play football, baseball, or basketball on my Xbox (Now, I'll play a pick-up game in real life anytime). However, Outlaw Golf II is one of the best games for the Xbox system.

I recommend starting the game in Tour mode. In this mode you can choose from four different characters. Each one has a different caddy. The golfers to choose from at first are: Summer (Great control, accuracy, and putting), Ice Trey (worst stats of all the players and annoying), Harley (amazing distance), and El Suave (All of his stats are equal). Each of the characters have seven events that are different from one another. These events combine different opponents with different courses, number of holes (9 or 18), different start positions (normal or reverse) and different styles. These styles are:

Stroke (Normal golf rules)
Match (# of holes won)
Skins ($$ won for each hole won)
Best Ball (Team takes best score from individual teammate)
Scramble (Team chooses which ball to play after every shot)
My One & Only (Play w/ only one club and putter)
Casino (Each stroke costs the player $1 to the pot and winner takes all)
Time Attack (Strokes do not count, but player must sink all holes in set time)
Bingo Bango (One point for first to green, one for closest to pin, and one for least strokes)
High Low (A point to the highest ball)
Vegas (Teams low stoke times ten plus high stoke)
Pick Up Stick (Winner removes opponents club of choice or gets one back)
Baseball (Par = 1 run, Birdie = Double, Eagle or Ace = Home Run)

When you win a character's event, you unlock a various element. Things to unlock include bonus movies, new characters (Beating all of Summer's events unlocks Donna), new clubs, new golf balls, new outfits, or obstacles in the Outlaw Range.

The Outlaw Range has five different categories; Driving, Putting, Golf-cart, Chipping, or Blowing up farm animals (Accuracy). For example: Player gets points for each animal (starts w/ cows) that you kill with an exploding golf ball. For the first challenge, you must get 1000 points. You get ten golf balls and get 100 - 200 points per cow depending on if you get a direct hit. Once you have unlocked an then completed one of these challenges, you may choose to increase the stats of the character by 16 points. This is similar to an RPG game and one of the best features of Outlaw Golf II. Stats that can be increased are control, distance (I highly recommend this stat), accuracy, composure (waste of a stat), putting, and fighting (waste of a stat).

If you are having trouble reaching a certain distance during an event (not during an Outlaw Range challenge), you can select a beat token using the Y button and hit your caddy up to five times. For each successful hit your composure will increase. Composure affects the distance of your hits. For example: Your driver shows that you normally hit at 250 yards. At a composure of 100% you can hit it 275 yards. If your composure is in the red, you will hit less than 250 yards. Composure also increases with successful gameplay. Additionally, beat tokens can be used to start Cart Challenges by using the Y button. If you win a Cart Challenge, you get a "Flaming Good Shot." Basically, the ball will land where you place it, despite what you do.

The best things about the game:
-Dave Attell is the announcer. If you don't know him, he's a comedian on a show called Insomniac. I'd love to get paid to go to bars, drink alcohol, and make fun of people there. He has nothing to do with golf. In fact, he hates the game. However, his comments are funny and entertaining. They get old and repeat after about one week, but you can skip them by pressing the A button.

-The graphics are amazing. The courses look real and the characters are flawless. Just take Dave Attell's words, "I know she's a cartoon, but boy she's hot!" Although, I think they spent a little bit too much time on the Characters' boobies' physics.

-The sound is amazing. Voices are great. Both come in clear and do not require subtitles. All characters have their own voices and scripts. The game Music is good, but becomes old after some time with only 32 songs. I'm trying to figure out if there is a way to import your own music, similar to DOA: Xtreme Beach Volleyball.

-The learning curve is huge. Just getting par is hard, but you will have to learn the courses, clubs, balls, different player stats to try and figure out how to get Eagles and Aces. The ghost ball feature (allows you to see where a ball is going to go before it is hit once per hole) should be used to get your ball in the hole or close to a pin. With numerous combinations of courses, you never see the same thing twice in Tour mode.

-This game is not promoted by some pompous, overpaid golf-pro.

Things that need work:
-The fighting is cute the first time you see it, but is boring afterwards. I'm glad the game allows you to skip them by pressing the B button. I'd like to see them add a different method of fighting when they make number 3.

-They really need a way to design your own character.

1. Enter "I Have No Time" just as it is here w/ caps as a player's name to unlock everything in the game.

2. Look for hollow tree trunks on some of the courses. You can use these to get better scores. Just imagine Putt-Putt Golf or the end scene in the movie Happy Gilmore.