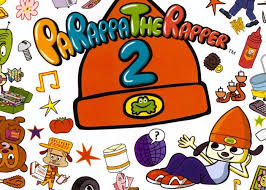 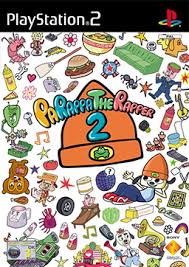 PaRappa the Rapper is a rhythm rap game that is a PlayStation franchise that reached its peak in the first game, but has drifted into obscurity with every title following. PaRappa the Rapper does not seem to be the type of game that truly should have had a sequel, especially one that was uninspired and a literal 45 minute game time. PaRappa the Rapper 2 successfully achieved both of these attributes making it almost a pain to play this game in the mindset of an adult. That being said, it seems as though the target audience is youth, in which case, it capitalized significantly. A few ways were the abundance of colorful characters and environments never before seen and explored in previous installments, and a story that is so over the top and goofy, it's nearly impossible to be taken seriously in any breath of the game. PaRappa the Rapper 2, in a critical eye, is a genuine disappointment, but in the eye of a kid, a fun, cute, and overall great experience not to be missed.

The game play of PaRappa the Rapper 2 is copy and paste that of its predecessor. One small tweak is that the game is ridiculous proportions of decreasing the difficulty. Reducing the difficulty to the point of it being very hard for me to fail levels made the game far less enjoyable than what came before it. This may go back to the target audience being younger children, but it still diminishes many potential audiences. The game in its core is Guitar Hero but with the regular controller as opposed to a guitar. This seems pretty hard to get wrong but is practically butchered in this release. The controls of the game are pretty basic and would have to take a conscious effort to do wrong. Hitting buttons when it the game tells you to is practically the name of the game and the game does not do a poor job with this at all.

The sound in PaRappa the Rapper is all over the place in terms of quality. The voice acting is nothing to complain about but the scripts given to the voice actors gives reasoning for it to also be a negative aspect of the game. The raps are diverse in terms of quality which gives the player a sense of disconnection when playing straight through.

The graphics are actually probably the best part of PaRappa the Rapper 2. The vast array of popping colors and fun two dimensional characters in a three dimensional world add to the charm very much. This game seems to be one that may be hard to age even with much time under its belt, which is a major upside.

PaRappa the Rapper 2 is a sad sequel for those looking to continue the great fun of its predecessor, but an alright game to give to a child to mindlessly occupy their focus.
Review Page Hits: 0 today (591 total)
mediahook