It's an enjoyable 15 hours, but there are enough lingering problems that leave you wondering why you didn't like the game more. 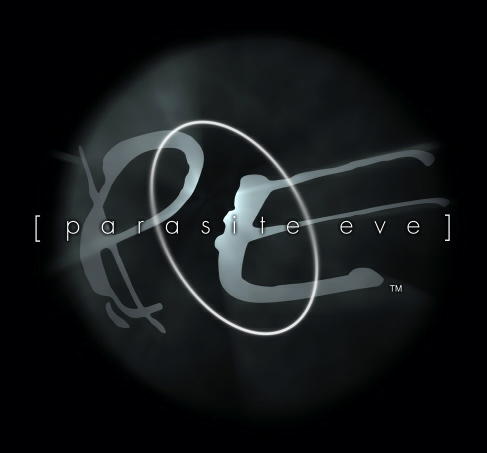 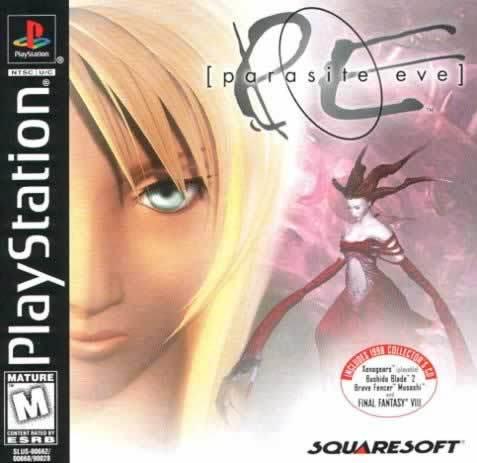 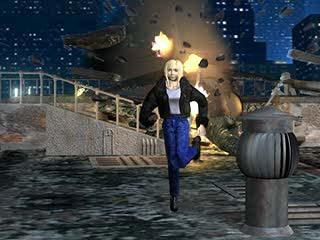 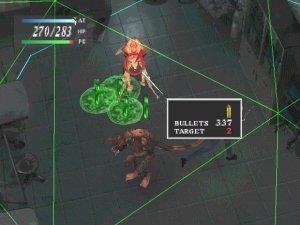 Parasite Eve presents the intertwined stories of Aya Brea, an NYPD detective, and the title character, Eve. A fairly true-to-life New York City serves as the backdrop for the story as things immediately go awry and Aya is thrust into an investigation of truly bizarre events. The game is divided into six days, each of which gets progressively weirder than the one before it. During that time, the game delves into the genres of survival horror and role-playing games, but it never quite decides which one to stick to.

Released in 1998 as Square's answer to its newfound mainstream appeal stemming from Final Fantasy VII, Parasite Eve isn't a bad effort by any means. It's based on a Japanese movie of the same name and the storyline focuses on (rather, obsesses on) the cellular make-up of the human body and how it can be altered, both from the outside and within. It can be read as a fable on the progress of science or destiny itself, but of course, it also can enjoyed simply as a way to shoot really weird looking monsters.

Now, the review of the actual logistics of the game: from weakest to strongest, here's how the game stands up, seven years after its release.

Sound: C+
Honestly, the sound in this game is very lacking. Even the electronic bleeps of FFVII dwarf anything found in Parasite Eve. Eve's theme isn't bad, but the warbled "opera singing" that announces her entrances is almost unbearable, and it happens to be the most frequent music other then the battle theme in the game as well. Voice acting would've helped the game hugely. Since the game is set in a real locale and there are only a handful of characters, it feels wrong that total silence is all we hear during conversations. Even selective voice-acting for certain parts would've given the overall sound a big lift. One goal of sound in a game is so that you barely even realize it's there or that, rarely, you enjoy what you're hearing. The is not the case in Parasite Eve, where you feel like you should be humming to stop the incessant lack of sound.

Replay Value: B
Parasite Eve features the New Game EX feature, which can add a few more hours onto the game and increase its value slightly. First off, you can take a weapon and armor from a complete game into any new game (which also decreases the time you spend in battles throughout). Also, New Game EX is necessary to fight the "real boss". I won't go into detail, but it's probably worth it to go through and fight this boss, just to do everything storyline-wise in the game. The Chrysler Building is the site of the only sidequest in the game and it's a lot of battling, so if you enjoy the game's battle system and want a real challenge, that's the place to go.

Graphics: B+
The graphics in Parasite Eve are very impressive for a 1998 game on the PSX. The cinematic sequences still stand the test of time and they look quite good (although the characters are still suffering from the stiffness in movement that wasn't really conquered until FFVIII). The rendered backgrounds look very good. The only problem is that the humans you encounter all look very blurry. Although the body types have been changed from FFVII, there is no face to speak of besides eyes. Nonetheless, the graphics definitely won't stop you from playing the game, which is good enough for most people who would be picking this game up nowadays.

Gameplay: B+
As stated before, the game feels like the product of survival horror RPG's, but it lacks the best qualities of either. There are no bone-chilling dark corridors, only the meaningless running around to avoid enemies during battle. Also, there isn't the same customization as is available in RPG's, merely a functional magic system that barely alleviates at all the problems with carrying items. It seems like the developers of the game are trying so hard to make a survival horror RPG that they end up just making an action game that steals bits and pieces from both.

That's not to say that the gameplay can't be fun. There is a certain charm to walking through an abandoned New York City and to the game's credit, the navigation has a few twists, but never forces you to do a ton of backtracking. The major problem is that there are a couple of long dungeons that offer no chance to go drop off excess items at the precinct, so more then once I was forced to drop a weapon or piece of armor. Your item capacity goes up the more experience you get, so that encourages you to battle, but there doesn't seem to be any reasoning behind this system.

The controls for Aya are good and the camera is fixed on one spot per screen. Although the advent of camera control has been largely positive, the game does fine with the fixed camera. Be advised though, there are a couple of times you have go through a door and back to find exactly where the door is. The only issue with this is during battle when Aya is running around to fend off attackers. It feels like her legs are made of jelly and the only way to counter this is by casting Haste.

Learning Curve: A-
Parasite Eve is a pretty simple game. The entire first day is easy enough that someone with any experience can probably make it through without dying. In fact, there are only a few foes in the game with enough punch to take you out. Unfortunately, the final boss is one of these and is unkind to everyone except those who have leveled themselves to death. The controls are simple and you only use one button to attack or perform other actions in battle. The puzzles are straightforward and if you look around enough, you'll usually find the solution to Aya's current peril.

Overall: B+
Although I tend to dwell on the negative as a reviewer, this is a fun game to pick up. It lends itself more to a rental for a long weekend, but at its current price, it's not a bad game to own either. It certainly should be tried out at least, by anyone who considers themselves an RPG or sci-fi aficionado, but the average gamer will find lots to like about it as well. Just heed this warning that the game has small issues that will gnaw at you a bit, like the constant feeling that this game could've been really great.
Review Page Hits: 0 today (1,052 total)
mediahook