The three S's! Short, Sweet, and Scary! A good game, but with a puzzling ending, but still worth a play! 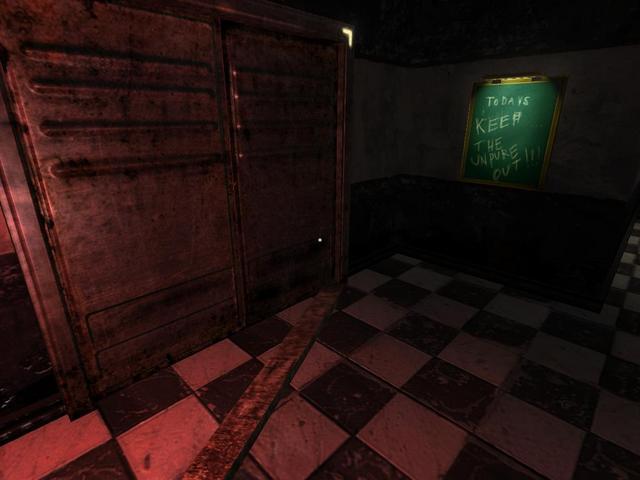 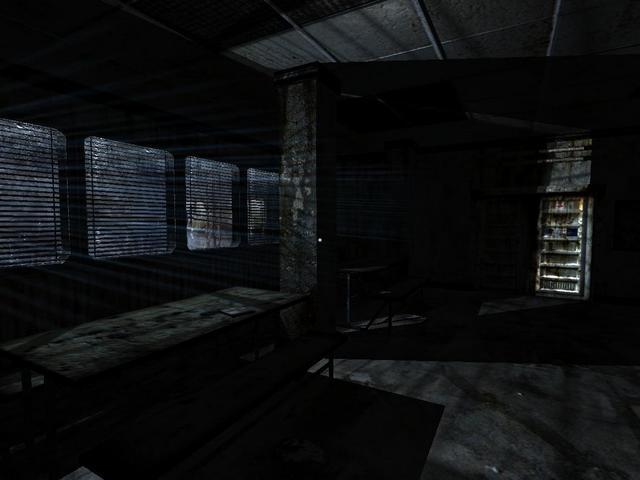 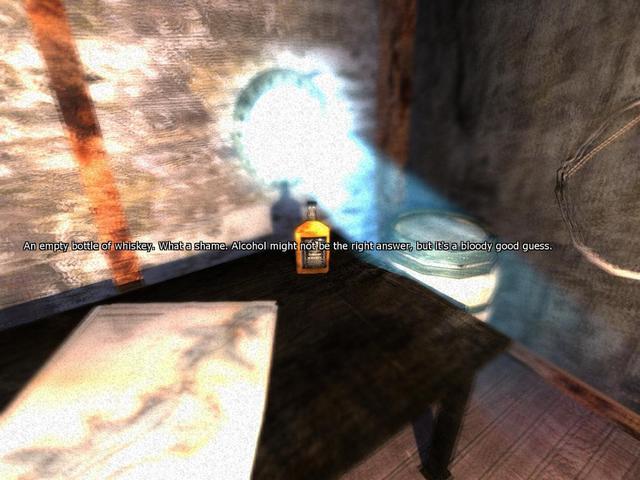 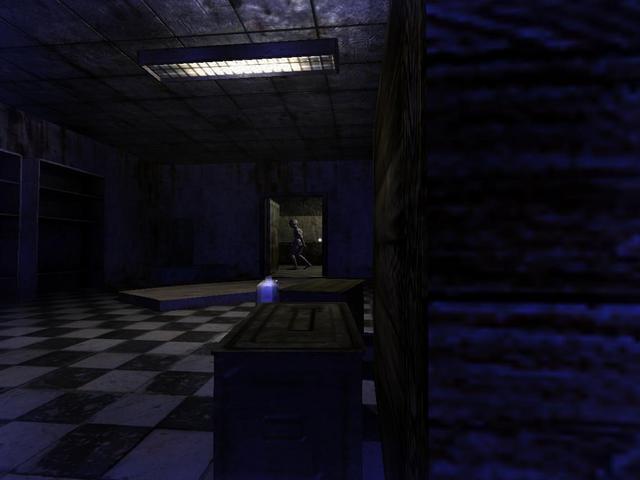 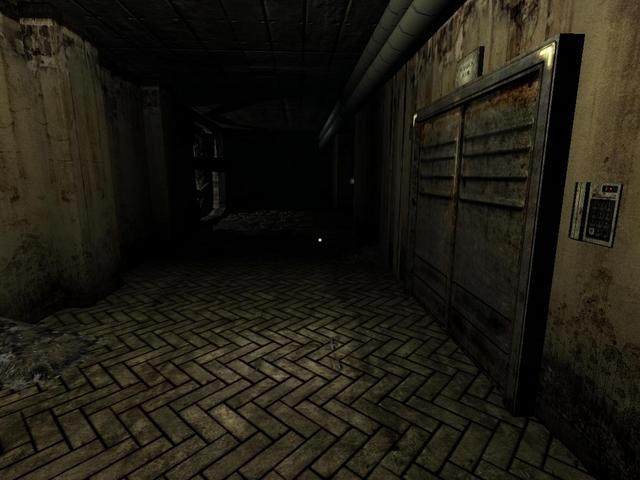 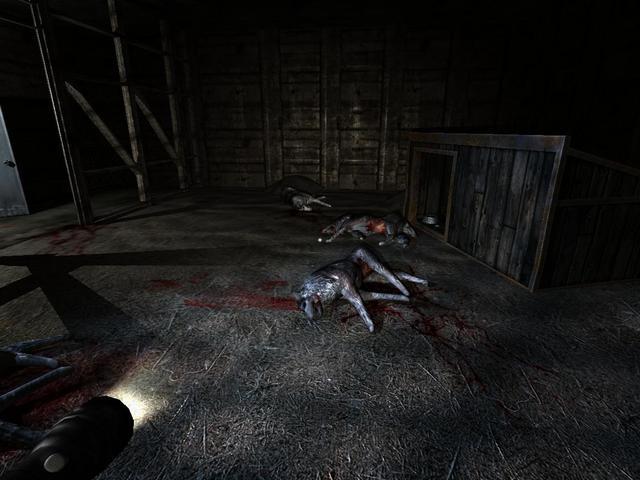 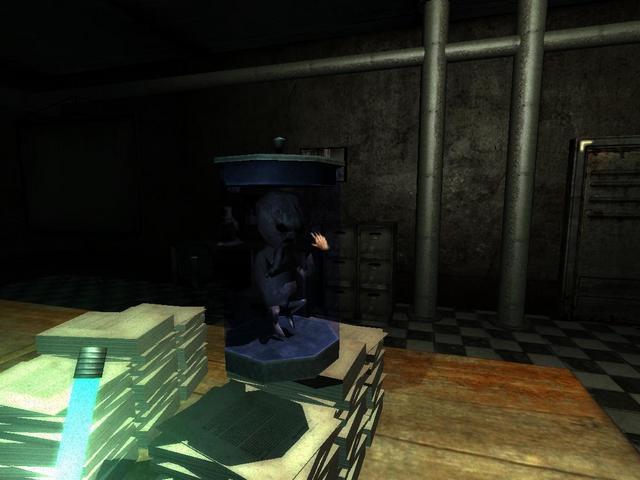 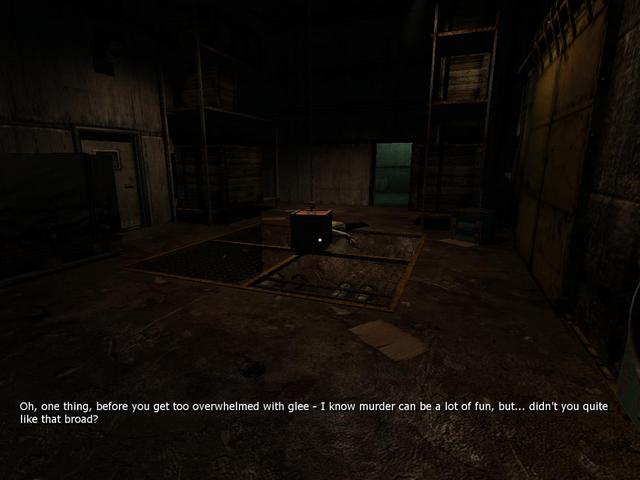 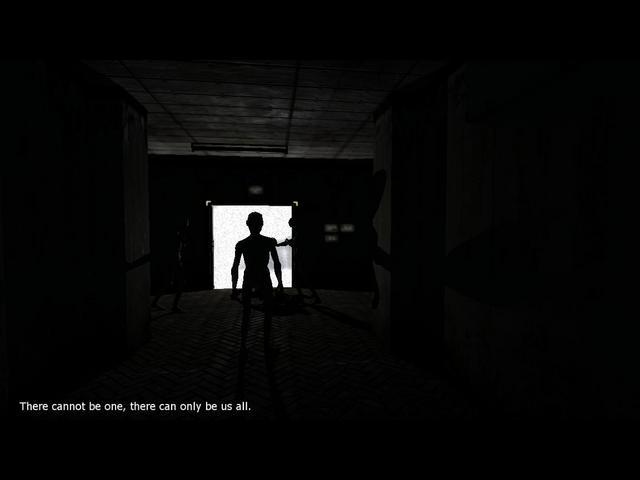 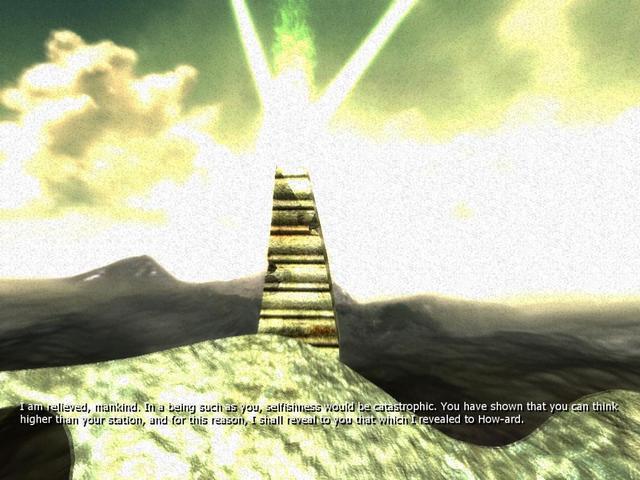 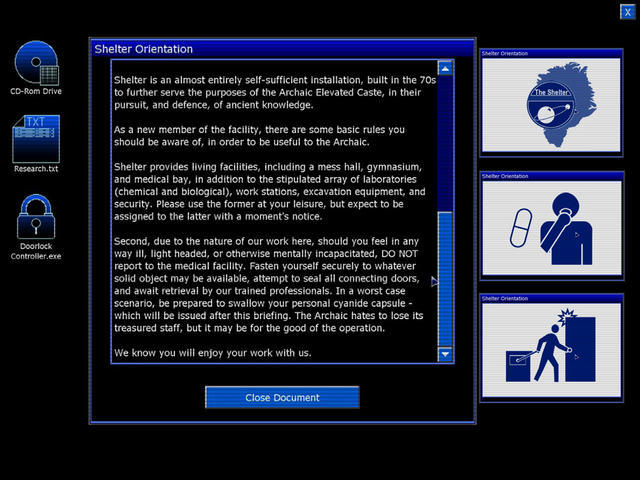 From the start this game suggests turning off the lights, adjusting the gamma and brightness until you can barely see the picture on screen. Sarcastically you think to yourself "Oh yeah, this is going to be another scary game!"

I don't suggest any of these things, as you can take it from me this game is Scary! What I do suggest is that you make sure you play in broad daylight. Plus, make that you check off the items on the list below:

• Your Mother!!
• Security Blanket!
• Holy Water!
• A Side Arm (Silver, Incendiary, and those cool UV bullets from the film Underworld!)
• Flashlight!
• Candles + Wind proof Lighter!
• Oh and a change of clothes, or two, wouldn't go a miss!

I know I said play in broad daylight, so why would you need candles? But trust me; you just don't want to take the chance!

What makes this game so much scarier than other titles, is for the most part, you are totally and utterly defenseless. So often in games, FPS's I am looking at you, we are given the tools to fight back. This takes away some of the fear as we have a means of protecting ourselves, and the monsters cease to be scary. But when you have no means, they become so much more deadly, as your only defense is to run away. The other thing, the monsters are not constantly thrown in your face. Limiting your exposure does two things; it gives you a chance, and makes you very paranoid.

By now you're probably thinking what I use to, either that, or that I am over exaggerating. That the emotionless void between you and the computer screen is rarely crossed. So few mediums, films included, have this ability to reach out and flood us with some emotion. So few, that when such a title does come along, we would be missing out if we didn't experience this.

This game is one of two, the sequel to a game called "Penumbra: Overture". While I know nothing of the previous, what I do know, it has a similar "First Person Adventure Game" style. Also that the introduction tries its best to explain the lead up to "Black Plague". However it doesn't explain a whole lot. This can lead to a slight amount of confusion, and I am sure takes the story in a whole different direction.

The story starts with you, sat in front of a rather poetic introduction. You find yourself in Greenland, searching for your father, who wrote to you a year ago. He works in a, nearly self contained, biological laboratory. But from the letter that is typed up on the screen, while being read to you in a stern desperate voice, you know this is going to mean trouble. You start the game waking up in a locked cell, and you realize that trouble as a word is a real understatement. After reading the rather cryptic letter, you search for your father. And sorry that's really all I can reveal, which isn't a whole lot I know, but anymore, tends to lead to a bit of a spoiler.

The graphics are the best I've seen in a long while; I am not talking about Crysis best, but even better. Normally, the processor has to draw moving characters on screen, draining the computers resources. It means that the focus can be more on the decor, and what a great job the designers have done. The rusty metal, the stained mattresses, the shades of darkness, peeling paint, gloomy decor, and the whole attention to details. The cherry on the cake is that a mid-range PC could run this game without struggling. On my PC, the game ran at a constant 60 fps, which is the highest I've seen on any game. So it's a positive all around!

The puzzles on the whole, are good, backed with good leading clues. Sometimes they can be a little bizarre; one such example is to control a thermostat with a cold soda can! Personally I would have never got that in a million years, and that's when trying everything is helpful. There will be times, when you haven't got a clue, but there is always a really simple answer. However these cases are rare, and there are generally plenty of clues to help you solve these puzzles. Having said all of this, the puzzles will challenge you, and do require some thought. If you don't normally like this genre, then maybe you should avoid it, like the plague.

By this stage this game sounds too good to be true. Well it is and isn't! What really lets this game down is the ending, and I wish I could tell you. I wish I could tell you to play the game up until the last stage and stop there. But I can't, the reason being, that humans are inquisitive by nature; we want to know, even if it means certain death. Not that I'm suggesting that's the ending, or that you will die. But to prove the point, don't read the spoiler below, until you have played the game.

The other bad points are the few bugs that are scattered around. But these are just spacial glitches, things such as being able to look inside a locked box. Or objects can be forced through a wall, and can become trapped. These happen rarely, but if you're not careful can mess up the game. This of course, depending on your determination, means that you may have to restart. For example, I had to move an object, but part of it got trapped in the wall. It took a full 5 minutes, trying to yank it out, but in the end I managed it. These glitches can be annoying, but as I said rarely happen.

One of the worst things of this game is the fact that it is way too short. Or perhaps another way to look at it would be that it is to the point. Whatever the view you have on this game, it still remains that on a good day, with your brain in gear, it can be completed from start to finish in about 4 to 5 hours.

Finally a good and bad point, as I am not sure where this lies? You come across an artefact, which gives you the ability to save your games. But later on you learn something, I can't reveal, about it. Frankly, it's the cleverest use of the saving system I have ever seen. As it encourages you to use it less and less, and you find out that it is in fact damaging to save your game! Bringing you to the conclusion, that you need to save, because you could die, however using the saves is slowly killing you.

Well done for completing the game, otherwise, shame on you for not being able to wait... Though I can't blame you. I would have read this part too!

Well it turns out that mankind is the invader, as you discover an ancient alien being, the Tuurgait, that landed here millions of years before humans. The ending points you out as different from all the other humans, and goes to great lengths to show that you can act differently to your basic human compulsions. But in the very final screen this all crumbles, as you aren't any different at all.

Cryptic, I know, and if you have finished the game you would have understood. But the biggest problem I have with this is that, you are never given the choice. You jump through all the Tuurgaits hoops and prove yourself as a more knowledgeable human being. And ... I understand that the designers wanted you to see their perspective of humans. But not giving you the choice is cruel, just like what I did with the spoiler. Did you really have the choice in the first place?

Lastly, just a personal note, I can't work out who are you? However this is probably due to the fact I haven't played "Overture". What confuses me the most is that Philip the main character, his name only being mentioned once, is the narrator! So from the start, you believe yourself to be playing Philip, the son of Howard. However he constantly says phrases like "I must ask of you, what I could not!" What I realized in the end, is the game was messing with my mind, and I started to question the whole story!

en.wikipedia.org/wiki/Penumbra:_Black_Plague (Seriously; don't read this until you finish, this will spoil everything!). Wiki has a slightly different view, and some parts I agree with. Either way, one thing remains certain! If you're a human with an inquisitive mind, and I think that question has already been answered! This game is for you, and will leave you with some unanswered questions to ponder!

Everything a good Mystery story should have! Doomed Narrator, Surviving Death, Damsel (with wry sense of humor) in distress, Tragedy, Horror, Suspense, Naked enemies, and a puzzling ending! However one small problem, a fresh change of clothes, is not included!


Specifications taken from the Readme File
Minimum Requirements
Please check so that your system meets the following minimum requirements.

Update drivers
To get the best possible experience of your game please make sure that your system has the latest system updates.