A great game with a great atmosphere! 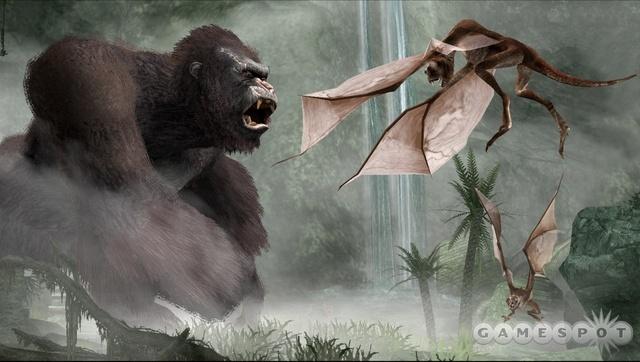 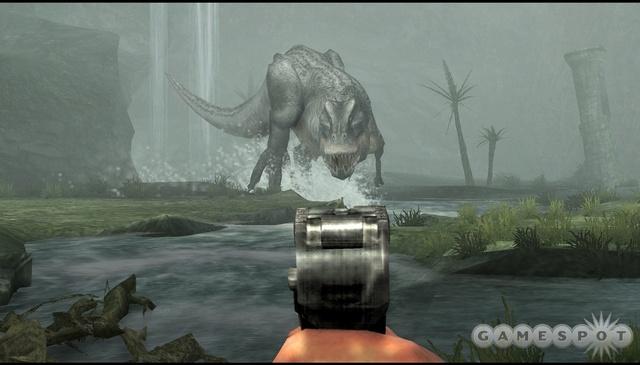 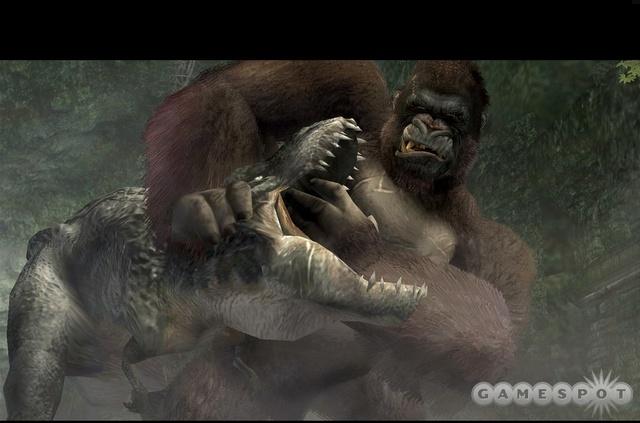 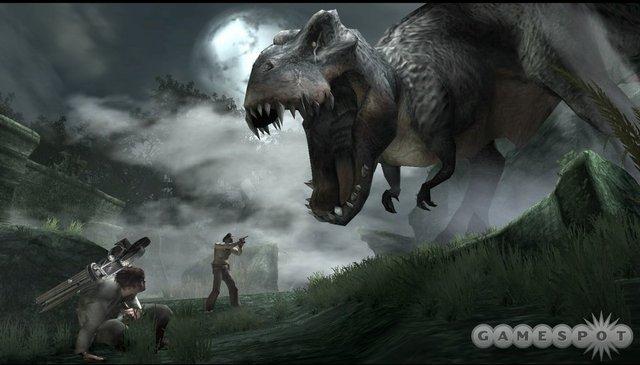 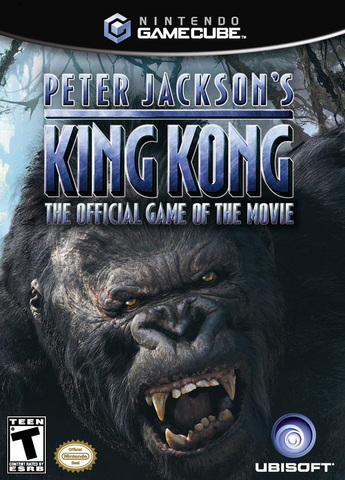 Most of the time, movies do not translate into games very well. This is an exception to that rule. Peter Jackson's remake of King Kong comes to life in spectacular fashion with this game. Beautifully rendered graphics and fun gameplay make for a wonderful gaming experience.

The game takes place almost exclusively on Skull Island. You play as Jack Driscoll, and for those of you that have not seen the new film, he is now an educated and well respected playwright, not the he man hero first mate of the previous film.

As Jack, you are sometimes alone and sometimes with other characters from the film as you make your way through this hellish island to save Anne from Kong. The left and right shoulder buttons control your weaponry and this can take some time getting use to. But after a while, it becomes second nature.

There is no HUD on this game, so you can't tell by looking at the screen how much life you have left or how many bullets you have. The only ways to tell is by your breathing and heartbeat, which gets faster as you become injured. When the screen goes red and silent, you're dead.

There are a host of weapons to use, but it is realistic in the fact that you have a certain number of bullets and once you're out, you're out until you find another box of weapons that has been air dropped at various points around the island. For the most part, you will be using spears and the bones of dead animals as your weapons. It is important to master using these, because if you don't, you don't stand a chance.

Every few levels, you actually get to play as Kong. This is quite jarring (in a good way), as you now have the power that you lack as Jack. You can attack full force and kill your enemies. Repeatedly pressing X revs you up and gives you a temporary power boost. You must battle dinosaurs (lots of them) all while keeping Anne safe. This is the most fun part of the game and these are the levels that you will most likely go back to replay as each level is available to replay after you finish it.

After the island levels, you are Kong in New York. This is particularly fun as you get to rampage through the city on your way to the Empire State Building. Of course you die at the end, but that's really not the end of the game.

After you beat the game, you then go back through levels that have points available to score. You unlock various extras along the way including the "old movie" mode, where your screen resembles the 1933 film. Of particular note is a Peter Jackson interview regarding the making of the new film.

The ultimate unlockable is the alternate ending, which you can unlock after achieving 25000 points. This is fun as you get to save Kong and give him a happy ending.

All in all, this is a great game. I would have liked more levels as Kong, or maybe an option of one or the other, as well as playing as other characters. The game is also rather short for an adventure game. But it has a great replay factor. These are minor quibbles though.
Review Page Hits: 1 today (79 total)
mediahook