Do you miss the good old days of Phantasy Star Online? They're back, only smaller! 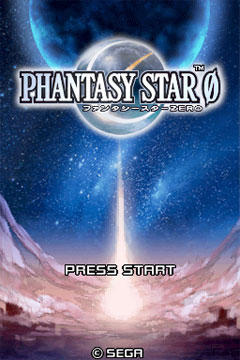 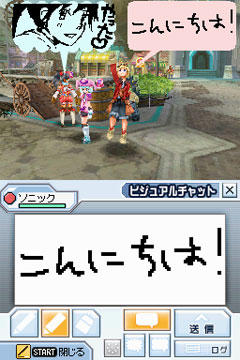 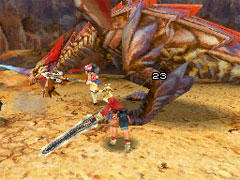 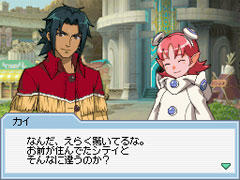 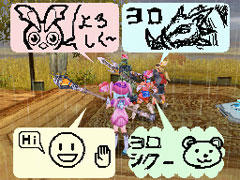 Back in the early 2000's, Sega released Phantasy Star Online for the Dreamcast, and it was met with great critical praise. The concept was relatively simple: kill things, get loot, kill more things, get more loot, etc. Of course, the higher level you got, the bigger the things you could kill, and the better the loot you would receive as a reward. And it was addicting. VERY addicting. And the best part was you could play it online with up to three other people for free.

Several iterations of the game have come and gone on various platforms including the Dreamcast, Xbox, Gamecube, and even the PC. Slowly but surely, Sega started to shut down its servers, with the final servers going offline on April 22, 2008. Unofficial servers are still around, however, and hundreds of people are still playing it online.

Some fans of Phantasy Star Online moved on to Phantasy Star Universe, but it changed a lot of the things that people liked about the original. For example, Phantasy Star Universe had a separate offline story mode with different fixed characters, and you could only use your custom-designed characters online. Also, there were failure rates for improving/synthesizing weapons, which often required ultra rare items found in the game. Lastly, mags were done away with in favor of "partner machinery".

Thankfully, Sega returned to the Phantasy Star Online roots when it unleashed Phantasy Star Zero upon the world. You use the same character online as offline; synthesizing and improving weapons has no failure rate; and best of all, mags are back.

There are some welcome changes from the original, although there are some awkward design decisions made as well.

One change for the better is the ability to lock on to enemies and strafe using the L shoulder button. This handy little button also allows you to shoot gun weapons while moving (though you can't combo moving shots), which makes combat for rangers a little less harrowing.

Another change from the original is a significant increase to the number of rare enemy drops you'll find. You could quest for weeks in the original Phantasy Star Online hunting for a particular item with no luck, but in Phantasy Star Zero, you're far more likely to find the items you're looking for (provided you're playing in the appropriate area and on the appropriate difficulty).

Up next are titles, a far more productive take on the Achievements system popularized by the 360 console. In Phantasy Star Zero, you can complete various objectives ranging from the simplest of things like trading a certain number of photon drops or petting all the cats in town, to more difficult things such as getting a 10 hit chain in battle or defeating a boss in under a minute. Unlike Achievements on the 360, which are usually entirely useless in the context of the games, for every title you earn in Phantasy Star Zero, you are given a reward. The rewards can be rare weapons or armors, materials to boost your stats, or even items which can improve the power of your weapons.

There are also two new weapon types - Shields and Gunblades. Shields allow you to block attacks using the L button, and Gunblades are exactly what you'd think they are - melee swords that can also be used to shoot at medium range by holding the L button. Apart from the new weapons, there are also special attacks on many weapons which can be used by holding the attack button to charge it.

The charging technique also works for all the techniques (a.k.a. spells) in the game. For example, if you use the healing technique Resta, you can choose to heal just yourself or charge for a few moments to heal everyone around you. Likewise if you charge an attack spell, it changes to a more powerful version that can damage multiple enemies.

Unfortunately, with the addition of charging the techniques, Sega also decided to disallow their use directly from the menu - meaning you have to put them in one of your action palette slots in order to use them. This can be a little annoying, particularly when you simply want to cure someone of a status condition, since by the time you've swapped in the Anti technique and gone back out of the menu, most of the status effects will have worn off by that time.

Another unfortunate loss is the ability to bring up a "quick switch" menu. In the original Phantasy Star Online for Dreamcast, you could hold down the R trigger and press the Y button to bring up a quick menu for weapons, armor, items, techniques, etc. and you could easily and quickly use this feature to switch weapons in less than a half a second. (if you use melee weapons, for example, and needed to pull out a gun to destroy a trap at a distance), or quickly cast a technique or use an item not regularly in your action palette. This was an essential tool for higher level play, and it's sad to see that it has disappeared.

Of course, everyone knows that the true fun of Phantasy Star Online was in the multiplayer, and the same is true with Phantasy Star Zero. It is fully compatible with the Nintendo Wi-Fi service, and playing online is once again completely free. You can play with strangers (with appropriate options as to what difficulty or area you want to play in), or you can play with friends (either using Friend Codes on the Wi-Fi Connection, or using the DS system's local wireless if you've got people nearby. If you're playing with friends, you can use the game's built in "picto-chat" to send messages to the team, and even have some "standard" messages saved for quick access (such as "HEAL ME!!!" or "Careful! Traps Ahead!") in situations where you may not have much time to dilly dally.

No matter who you're playing with, the game solves a problem that has persistently plagued multiplayer RPGs for ages - who gets the loot. In Phantasy Star Zero, everyone gets their own set of item drops, so there's no more issues with one obnoxious twit hanging around and grabbing every rare item before you can get to it.

After you've beaten the game, there's still lots to do in the hard and super difficulties, and lots more loot to be collected (and naturally, to show off or trade to your friends). If you were one of the many folks addicted to Phantasy Star Online, chances are you'll get hooked on Phantasy Star Zero as well. It's every bit as good as the original, just in a convenient to-go package.
Review Page Hits: 0 today (381 total)
mediahook