Pinocchio is a fun game - Adults can enjoy the puzzles while kids enjoy the characters. 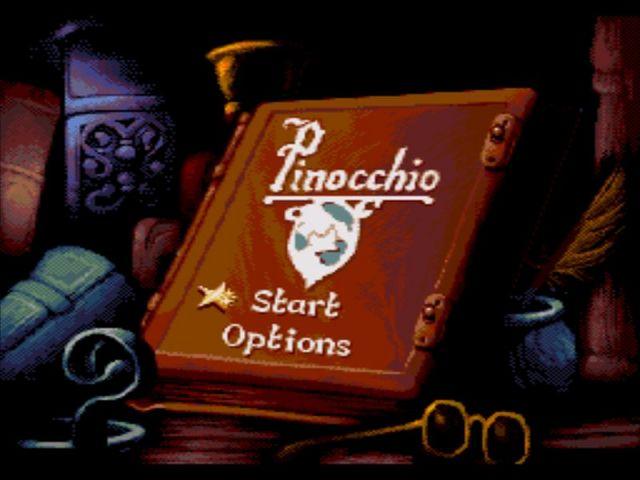 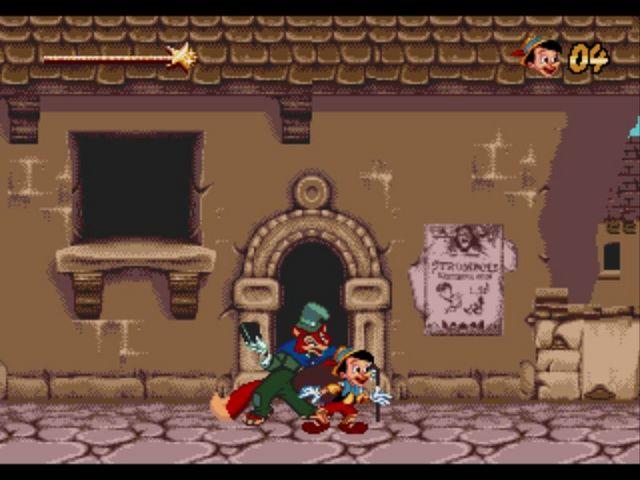 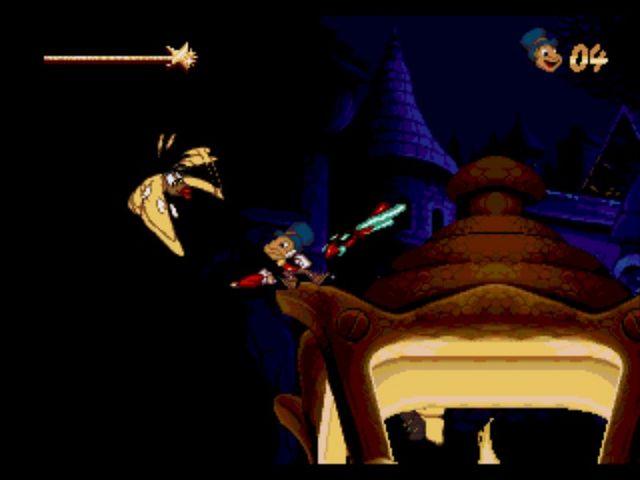 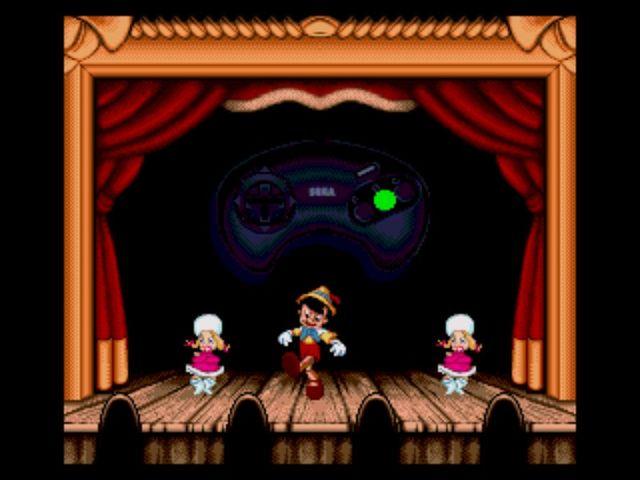 Most everyone remembers the Disney animated classic "Pinocchio", and if you liked the movie you will probably like this game. Geppetto creates a puppet and then wishes upon a star for a real boy and goes to sleep.... he wakes up to find that his puppet has come to life and needs to be treated as a real boy!

The gameplay picks up right about here as Geppetto sends him off to school with books and an apple. Your job is to make little Pinocchio walk happily to school. This may seem like an easy task at first, but it's actually quite difficult.

If you aren't feeling lost in a maze of houses, getting hit by other school children with rotten tomatoes, being attacked by seagulls, falling down broken areas in the road, or getting tripped up by "Honest John" the fox and getting hit over the head with a flower pot from Gideon the dimwitted cat, you may find your self at a dead end and have to start all the way from the beginning! Never fear, for each task you complete will earn you a badge.

It's a shame Pinocchio would not listen to Jiminy Cricket's advice about going to school.
For now we also get to play as poor Jiminy Cricket by helping him battle bunches of bugs and make his way up the lamp post to watch as foolish Pinocchio goes off to join a fly-by-night puppet side show owned by the greedy Stromboli.

We get to see both sides of this sideshow since Pinocchio also needs our help at the stage. We will help him publicly dance before the people to the infamous song "There are no Strings on Me". Gameplay gets a little difficult at this point; numerous buttons have to be pressed in a precise order, much like "Simon Says". Each move the puppets make must be mimicked by Pinocchio with little room for mistake; if he goofs he might get some tomatoes in the face!

Once Pinocchio finishes the required public event, you would think he might get a job at the puppeteers, but Alas! Only to be locked up like the common criminal by Stromboli and have to be rescued out of the birdcage by the blue fairy.

After all this, surely he would have learned his lesson... don't you think?
Sadly, Pinocchio falls for Pleasure Isle and is carried off by the Coachman. Here we help him get through a bunch of bad brick throwing children, fly on balloons, and even get to ride on a dangerous mine cart with ducks and jumps and fireworks at every turn.

Once he realizes it is time to flee the island he must make his way past the Coachman's Minions and free some of the once children "donkeys". We will then guide him up a cliff where he must battle the Coachman himself, and flee to the sea.

There are many exciting things for you to do in the ocean from gravity defying clam shells to secret bonus areas. As you make your way deeper into the ocean you make your first encounter with none other than... MONSTRO THE WHALE!!! You must help poor Pinocchio swim for his life by making fast button movements and a strategic way through a school of fish.

Even with your expertise you find yourself being slowly swallowed by the ever speeding Monstro. Not all is lost once you are swallowed however, since you find that Geppetto, Cleo the fish, and even the Figaro are also in the belly of the whale. You must help gather firewood while Geppetto prepares the raft for an escape plan. If you can start the fire and make it back to the raft in time, you can be prepared for the fastest bumpy "duck and jump" raft race of your life. You get to guide Pinocchio to safety by "jumping" and "ducking" various rocks, all the while avoiding seagulls, and keeping enough distance from Monstro. Can you make it to the shore alive?

Disney games are known to have very good graphics and this is no exception. The cartoony pixel art of the characters and the details are very well done. The SNES version features slightly more dithering in the backgrounds, but other than that both the Genesis and SNES graphics are comparable to each other.

The sound is typical for most cartridge games and consists of midi style tones with low bit-rate. It's not bad and is better than most other games of the era. The music used is also catchy even though not as good as newer games.

To summarize, the game is not as long and intense as some others, but it has great features.

Disney's Pinocchio is clearly a fun and family friendly adventure.

Kids will find the game difficult to beat but enjoy the characters, and Adults will enjoy the puzzling challenges.