Land ho! Sail around the 17th century Spanish Main in search of fame and fortune and create your own legendary tale. 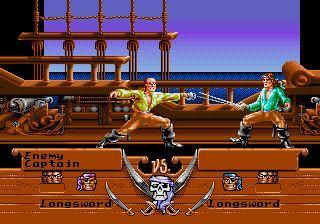 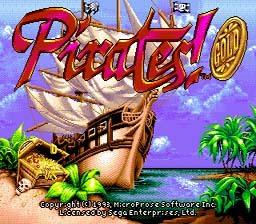 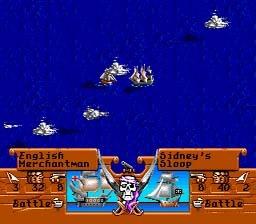 It's the age of the Spanish Main. Discovery of the southern tip of Florida, the Gulf of Mexico, and the northeastern shoulder of South America has led to a plethora of activity from the English, French, Dutch, and Spanish. Pirates! Gold is a legendary adventure brought to you by one of the industry's true legends, Sid Meier.

Choose your name, nationality, and skill: fencing, gunnery, wit, or charm... and then you're thrusted into the open seas! Plunder rival ships, search buried treasure, ship-to-ship battles, swordplay, sack a town, etc. It's all in there. As captain of your ship, you have a lifetime (literally) to do whatever you want to. With your character aging from a youth to old man, there are a multitude of quests to take up your time: find your long-lost sister, get married, plunder the Spanish Silver Train, and a whole number of other cool events. Visiting the local tavern in most towns will leave you with information on the political goings at the moment, who's at war with who, gossip about rival pirates' last-known whereabouts, or even the chance to buy a treasure map. Gathering more crew will build your fleet as long as you've stolen enough ships to support them. But don't keep them out to sea too long or they'll become restless. Keeping greedy pirates happy can be hard work and you must constantly be on your toes to remain captain of the ship. Mutiny will leave you deserted and broke.

That leads to probably the best feature of this game -- the freedom. As a buccaneer, you've sworn allegiance to a particular flag and should be attacking only their enemies, which constantly change as the politics come into play. Notice the emphasis on should. If you don't care, and you see everyone open for plunder, than congratulations, you've just become a pirate! Reputation is everything with pirates, and almost anything you do will affect it. Rescue an English governor's son, and the English might not retaliate for any future attacks. Sack multiple Spanish towns and be sure that they will send an armada of ships looking for you. You can battle a town by both land and sea. If you storm the town on foot, expect an RTS-style battle, positioning your soldiers further and deeper into enemy lines. Eventually you'll have to duel your way to the riches, in which the game turns into a side-scrolling mini-game. Equip a number of different swords for strength, quickness, or a combination of both, and use a parry/block/attack system to be victorious. It's quite fun and breaks the gameplay up.

Pirates! Gold is a true gaming classic that combined elements from RPG's, Strategy, Sim, and Action/Adventure games for an experience few could match at the time. The replayability factor is likely one of the highest of all-time. No two games will ever be the same because the game is so large and constantly evolving. Pirates! Gold is a rarity, a true testament to the power of creativity. I can't recommend it more.
Review Page Hits: 0 today (292 total)
mediahook