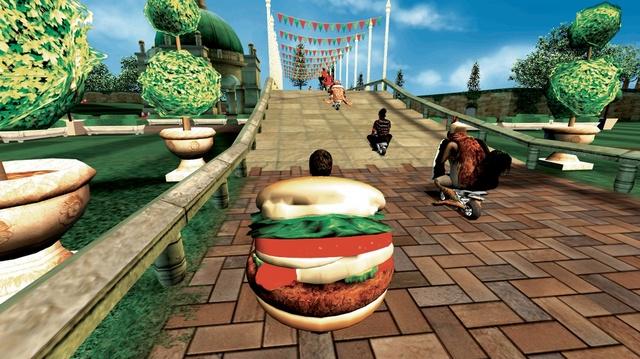 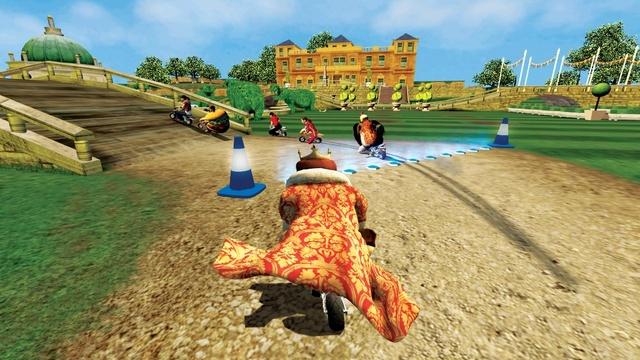 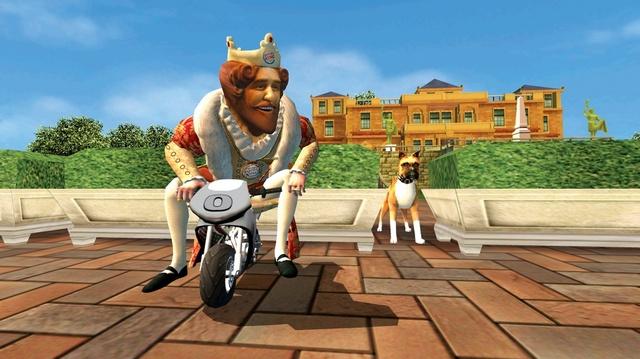 Released by Burger King as a promotional item, PocketBike Racer was one of three games to be produced by the companies in-game developing studio. Released on November 19, 2006, Pocketbike Racer featureda miniature kart based racing, only on two wheels rather than four. With cast of Burger King related characters, such as the King, Whopper Jr., and a behind the counter worker, you get your expected game modes, such as a battle mode, a race mode, a time trial mode, and even surprisingly online abilities, that is if you can find a game.

So how is the game itself? Pretty generic I must say. The physics seems to be very rushed and unforgiving, which is expected in a title that only cost $3.99. The bikes seem to float on the ground rather than actually steer, and I found myself getting hung up on small pieces of the level, which required me to reverse out of the way and go around. You can perform jumps, wheelies, stoppies, but as far as tricks go, it ends right there. Depth-wise, the game goes fairly in deep for a budget title. You have your choice of 8 or so characters, and three different classes of bikes which are customizable paint-wise, or you can create your own racer.

Graphics-wise, the game is surprisingly good for a budget title that works on both the original XBOX and the XBOX 360. The models have fairly good detail and color to them, and the lighting is on par with many of the XBOX titles out there. The levels are nicely detailed, ranging from a Burger King parking lot, all the way to on top of a skyscraper under construction. Now, assuming you have an XBOX 360, there is the added bonus of gaining achievment points. With a total of 200 points and 12 achievements, this games is like an arcade title, only in hardcover form.