Indians and Aliens? Turok with a facelift 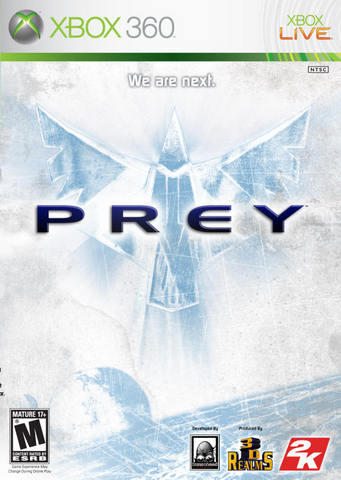 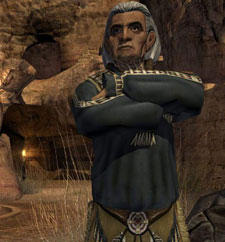 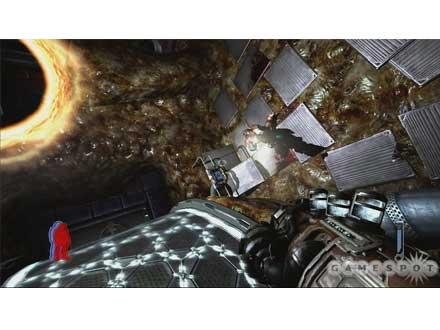 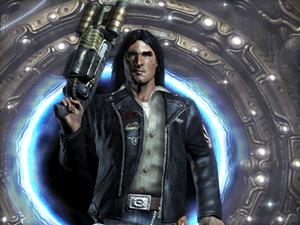 Among the early games in the life of the Xbox 360 lies a diamond in the reservation: Prey. What first comes to mind is the immediate likeness to the Nintendo 64 game, Turok: Dinosaur hunter. Common denominators include lasers, robots, bows, aliens, and of course a main character of the Indian persuasion that's hell-bent on saving the world. Sure, in Prey there's no T-Rex equipped with rocket launchers and flamethrowers, but we gamers can't be too greedy.

Prey's "storyline" starts out right on target-in a filthy men's restroom inside a bar on an Indian reservation. However, this enjoyable beginning soon gives way to a tedious plot that is strung out over the course of several levels. The obvious happens: Tommy is sucked into an alien mothership and witnesses typical forms of alien torture--i.e. forcible removal of bodily fluids--being performed on his brethren. Thus begins the quest for revenge, a quest that will span several levels that all look and play nearly identical.

But all is not lost. A sparse array of mostly mediocre alien weaponry populates the graphically beautiful alien ship, starting out with the typical FPS physical weapon (can we beat a dead horse with this one any more, people), a pipe wrench. This clearly gives some sort of indication that Tommy has at least an apprentice level of plumbing skill, though tragically this skill is not used to thwart any alien plumbing throughout the WHOLE GAME. It seems to be one disappointment after another until...

The oases in the New Mexican desert appear: An unbeatable one-two punch of gambling and Barracuda. Yes, that would be the song as made famous by Heart. These distractions make it quite difficult to advance in the game, as game progression takes a backseat to remaining in the area of the alien ship that continuously plays Barracuda.

After several hours of listening and chasing after that elusive number 21, the game continues...

...into more repetitive areas of the alien ship. One of the biggest problems with Prey is that, though the environments are lush (and often bionic), 95% of the game is held on the same ship. In a game where one travels into space, is it too much to hope that one would travel to, say, another planet? Alien homeworld? Again, Barracuda makes up for this shortcoming, but it is a shortcoming nonetheless.

Another gaping hole in Prey's dreamcatcher is the difficulty level. Although dying is commonplace, especially on the big-chief difficulty of Cherokee, after death occurs there is a short mini-game in which you snipe flying spirits (aka blobs) and then are immediately resurrected in the EXACT same spot you were in, and in the case you die during a boss battle, the boss does NOT get any health regeneration. In summation, the game is essentially impossible to lose, other than getting distracted and substituting the 360 controller for a bottle of firewater. And is that really a loss? Not if it means sweet escape from Prey, if only for those 7 minutes.

So we have a game that looks great, is way too easy because of a loophole, has repetitive, boring levels, puzzles even Brain like Walrus could solve and has incredible music for 5 minutes. It's a tossup. It's an enjoyable game, but really worth continuing only so one can hope for another snippet of Barracuda (will it be on this level...? The next...?) Here's a helpful hint: either play it alone so no one can make fun of you, or play it with friends that know you well so you can all bask in the glory of ridiculousness that comprises Prey's existence.
Review Page Hits: 1 today (845 total)
mediahook