The Princess and the Frog (Blu-ray)

Oh, there's some sweetness goin' round; catch it down in New Orleans. 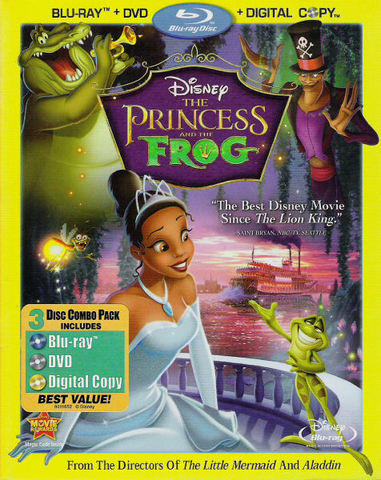 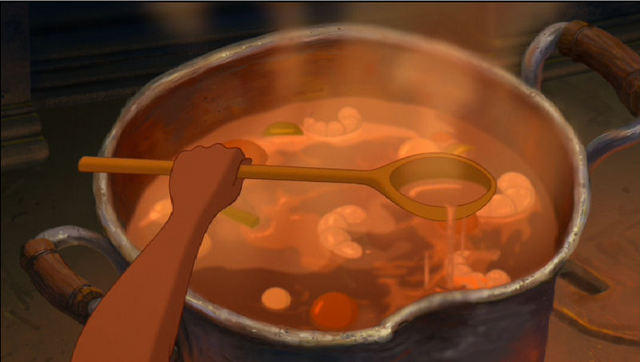 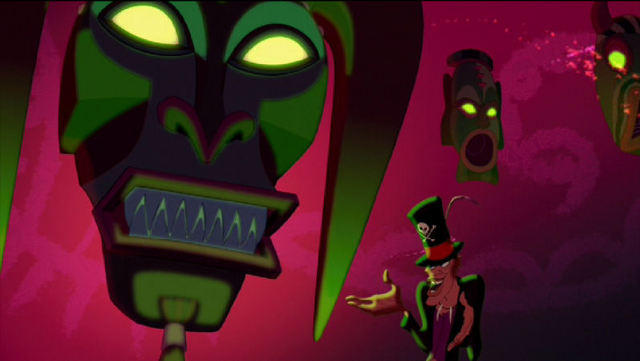 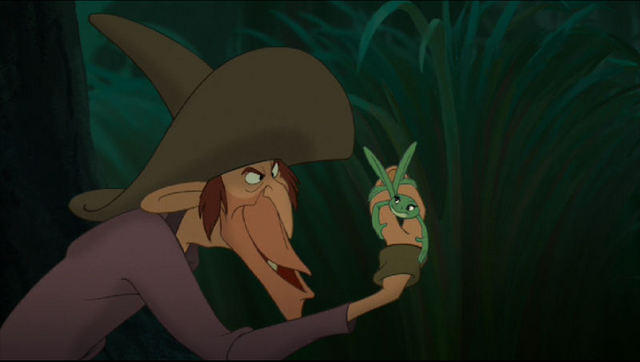 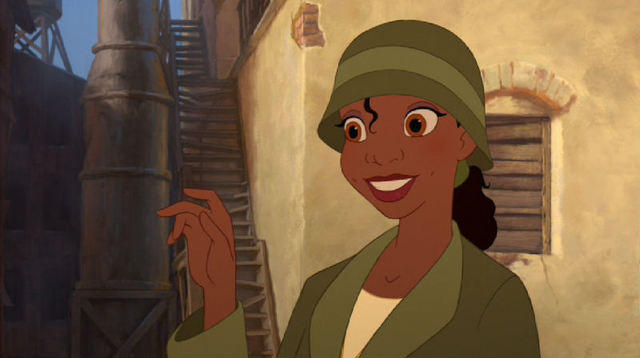 Disney's "The Princess and the Frog" isn't one of the absolute best films in Disney's 70-plus year legacy of animated movie-making, it does stand up as one of the better ones. I wouldn't put it in the same league as Beauty and the Beast, for example... I would probably put it roughly on par with (or just slightly below) Aladdin. But regardless of how good the movie is (and it is good), it is an important film for both Disney and fans of animation alike.

When it was revealed that Home on the Range would be Disney's last hand-drawn flick due to the increasing popularity of CG movies (and thus, the decreasing popularity of 2D), many fans of the Disney classics, including myself, were more than a little disappointed, to say the least. Disney had built their legacy by making fairy tale masterpieces of traditional hand-drawn animation, and Home on the Range hardly qualified as "masterpiece" material. It was quite a downer to see that legacy end on such a decidedly average note - it just felt incomplete.

After five long years and three non-Pixar CG films that failed to set the world ablaze (Chicken Little, Meet the Robinsons, and Bolt), Disney has gone back to their roots and realized what made them great in the first place. And right from the get go, there is an air of distinction about the movie: For starters, it's set in New Orleans in the 1920s, hardly the sort of European setting one would expect from a fairy tale. Oh, and Disney finally has their first black princess. Yes, after decades of Caucasian princesses, then dabbling a bit with other cultures (Native Americans with Pocahontas, Asians in Mulan, and even the Hawaiian culture in Lilo & Stitch), Disney has crafted a hard-working all-American woman for their newest princess - and a woman of color at that. Sometimes culture integration like this can feel forced or pandering (the latter comes to mind in the case of Pocahontas), but the story in The Princess and the Frog is written for the characters rather than the other way around.

The previews for the movie set the stage pretty well - everyone knows how the fairy tale story of The Princess and the Frog ends - she kisses the frog and he becomes human. Disney sets up the premise in this movie so that when our heroine kisses the frog, she turns into a frog herself, and the bulk of the movie features the two of them learning to work together to find their way back to being human.

The villain in the film that sets the whole thing in motion is a voodoo doctor named Facilier, often referred to as "the shadow man" for his association with the dark arts. Of course, the voodoo magic performed in The Princess and the Frog has practically no relation to actual voodoo practices, but it's a novel attempt to try and make a villain with unearthly powers that also fits the New Orleans setting. And when he gets his comeuppance at the end of the film (as pretty much all Disney villains do), it's quite possibly the most satisfying dispatch Disney has come up with to date.

Naturally, there are some elements that have been "Disneyed up" to make the movie more palatable to the family audience - racism is only touched on ever so lightly and only in the briefest of moments, and it would have been VERY prevalent in the 1920's, particularly in the south. There isn't even the slightest bit of outrage by anyone in the movie at the concept of the rich white daughter of the cotton baron potentially marrying a dark-skinned prince. Of course, the movie is a somewhat modernized re-telling of a fairy tale, and thus is not meant to be a wholly accurate portrayal of America's history, so it really doesn't negatively impact the movie. It just takes a wee bit more suspension of disbelief from those of us who are familiar with America's past (and, unfortunately, the present) than it would for a child. At the other end of the spectrum, however, Disney has no problem making jabs at the stupid, bumbling "rednecks" in the film.

Really, if there's anything that disappoints about the movie, it's the pacing. It moves a little too quickly from one perilous situation to the next - our heroes get out of the proverbial frying pan and into the fire in such rapid sequence, there's sometimes too little down time between the action scenes.

In the times Disney does break up the action, it often does so by returning to another hallmark of the great Disney classics - high-energy musical numbers. The music this time around is a eclectic mix of Jazz, Gospel, Cajun and other southern styles. The music and lyrics are written by Randy Newman, and they have his trademark style, for better or worse. I'm not a big fan of his music, but I have to admit his style of composition is a perfect fit for the film, and so I was able to enjoy it (also because although he wrote the music, he doesn't sing it). Some of the songs are much weaker than others and seem more like filler ("When We're Human" comes to mind), but most of them are quite well-written and completely appropriate for the movie.

The Princess and the Frog is a strong addition to the Disney lineup, and whether you're a die-hard Disney collector, a fan of animation in general, or just want to have a good time watching a movie, I would pretty much be able to recommend this movie to just about anybody.

This next bit isn't directly related to this film in particular, but I would like to say a little bit about the contents of the retail package: I purchased the Blu-ray + DVD combo pack of the movie. Disney has been releasing it's Blu-ray movies this way for a while now, and I personally think it's a fantastic idea. People with Blu-ray players may wonder why they would need or even want a DVD included, but there are some valid reasons: First and foremost, portable DVD players are fairly inexpensive nowadays, so having a Blu-ray disc for the home theater and a DVD for the kids to watch in the car might be a pretty solid deal for parents. Likewise, if you have a Blu-ray player, but maybe your friends don't, you'd still be able to loan them the DVD copy if they want to watch the movie. Secondly, if you don't yet HAVE a Blu-ray player, but you are considering getting one, you may want to pick up the combo pack because you'll be able to watch the DVD now, and then when you get the Blu-ray player, you'll already have the disc to watch it in high definition - you won't have to "re-buy" or "double-dip" or whatever the kids are calling it these days. And of course, it is also available as a single-disc Blu-ray as well, if you don't want to spend the extra $5 to get the Blu-ray + DVD bundle.