A highly polished and fun platformer that's easy to have a great time with. 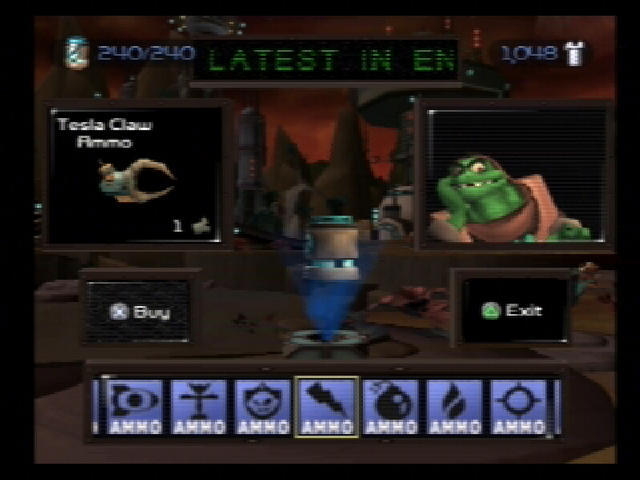 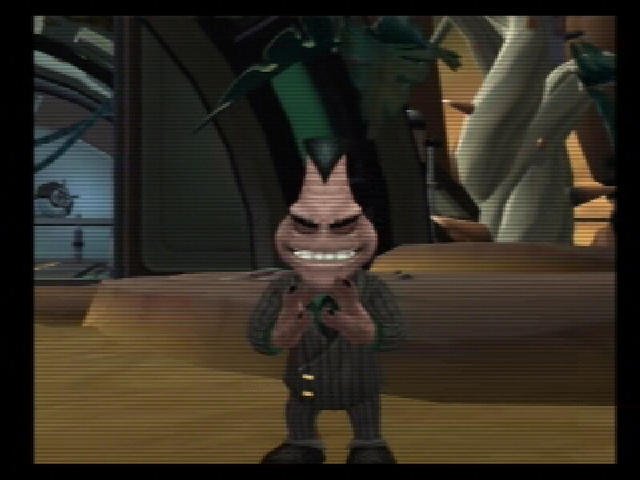 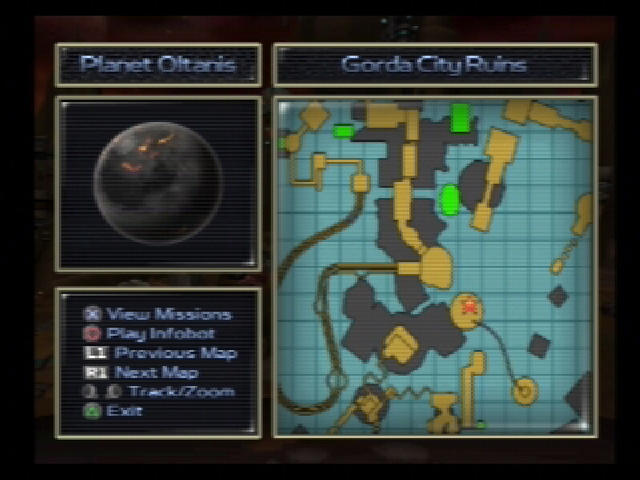 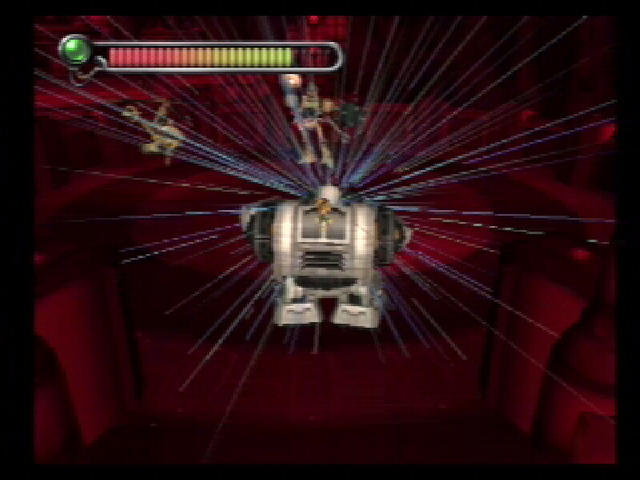 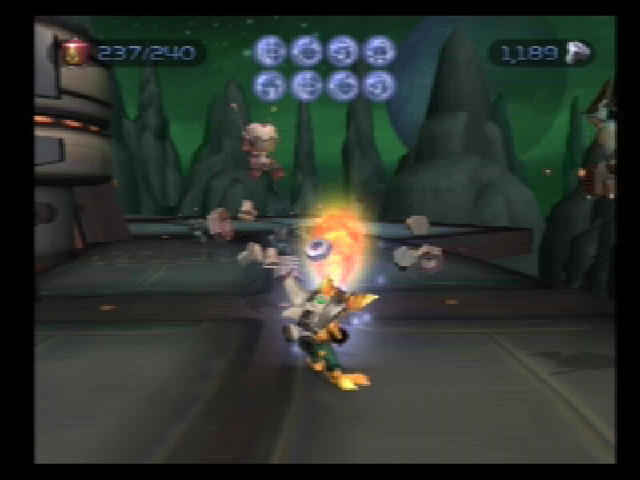 Ratchet and Clank is a game where you go around in a 3D world, jumping, exploring, killing lots of bad guys and accomplishing various goals. You play primarily as Ratchet who is some kind of animal character with big ears. He's a mechanic, so his main weapon is a wrench, while the resource used as a kind of currency in the game is bolts. You get bolts for each bad guy you kill and every crate you smash open. You'll get tens of thousands of bolts along the way.

You can use your bolts to buy new weapons and ammunition from the stores that appear at the start of every level and other locations as well. There are also times when you need to use bolts to buy stuff from characters you meet along the way. The game has a nicely balanced economy of bolts. You need to conserve your bolts to afford new weapons and ammo for the more powerful weapons.

There are a ton of weapons in the game that have a wide variety of effects. You get more and more of them as the game unfolds. Just trying them out is a lot of fun. Some are kind of silly, though all of them are useful in certain situations you'll get yourself into. You also get various gadgets that you'll need to complete the goals in the game. Gadgets and weapons are made by Gadgetron. You will also run into a lot of Gadgetron crates in the game that provide you with ammo.

Each level is a planet or location somewhere in space. Ratchet and Clank use their space ship to move between locations. Game-play in non-linear. It's up to you where and when you want to go somewhere. Once you add a new location, you can go back to it as often as you like. Locations usually have a few goals to accomplish on them. Your map provides you with a list of the goals and checks them off once you have completed them. This helps you stay on track.

There is a lot of great variety in the locations you travel to. You'll need to make some tricky jumps, deal with lots of different kinds of bad guys, swing around on your hook shot, dive underwater, win races, ride grind rails, walk upside-down in magnetic boots, etc. There are some fun surprises. Each major goal will usually combine a variety of things you need to get through in order to complete it. There are bosses in some cases, but not usually. Once you complete a goal you will get some sort of reward like a new weapon, gadget, or infobot.

Infobots play a humorous cut-scene which reveals more information about your evolving goal (essentially, you need to help save the galaxy). They open up new locations that you can fly your space ship to. The creators of this game (Insomniac Games) did a great job with the cut-scenes. All are entertaining with great voice work, a variety of characters, and funny stuff usually going on in the background as well.

The controls are also done very well. I found them intuitive and easy to get the hang off. It's pretty standard stuff, a joystick for moving, another for camera control, then buttons for jumping, two kinds of attack, action, and the buttons on top of the controller are used to modify your actions. The Start and Select buttons will pause your game and allow you to check your map or switch to a new weapon or gadget.