Save the day with Mordecai & Rigby OR YOU'RE FIRED! 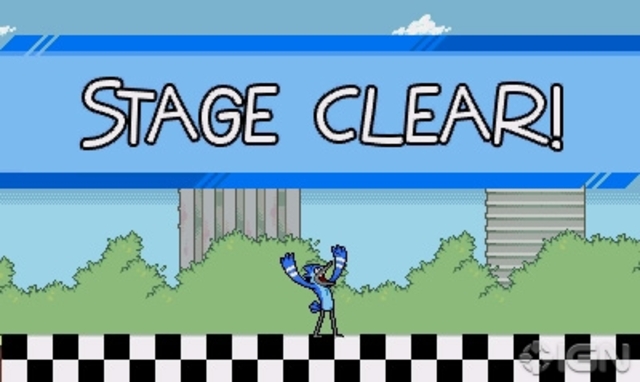 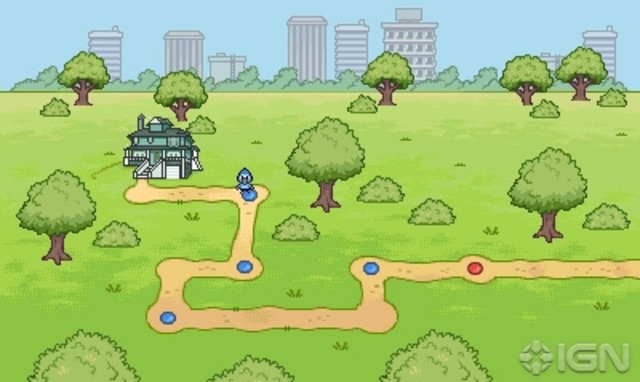 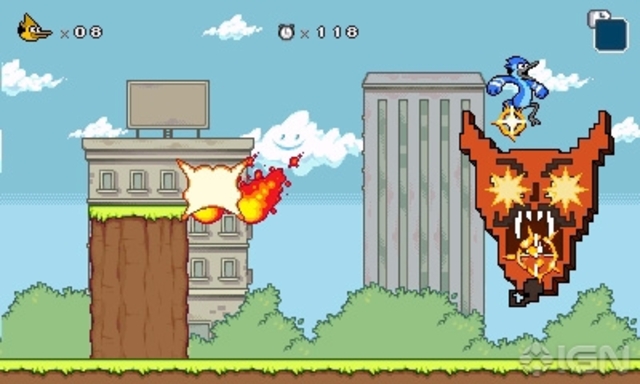 If you are a 3DS owner and a fan of Cartoon Network's "Regular Show", you were probably stoked to hear that lovable slackers Mordecai the Blue Jay and Rigby the Raccoon were finally getting a video game, supposedly chock-full of the quirky adventures and retro nuances displayed in the cartoon. But for non-fans of the show, Mordecai & Rigby in 8-Bit Land will likely only appeal to gamers who are devoted to platforming and don't mind dying, and dying often.

The game is a basic platformer except for gaps in the middle of certain levels where Mordecai can morph into a jet and Rigby can morph into a top-down shooter similar to an old-school Gradius feel. The concept is the same as your basic "Mario Bros." make-it-through-the-map game. Three gold VHS tapes are hidden about in each stage, which add replay value. There's a timer too, and finishing levels in a speedy manner gets you bonuses, but caution is a must because you'll die from a single hit from an enemy unless you have an upgrade. The power-ups give both Mordecai and Rigby shooting abilities and certain parts of the game are virtually impossible without these. The game is very short, though, and if you didn't have to die so often, you could finish it pretty easily on a lazy afternoon.

Everything in the game seems too sensitive. Not landing perfectly on an enemy's head results in death. Being close to the edge of the screen can often result in death when you don't see an enemy coming. Jumps require precision. You will die multiple times. Boss battles are pretty fun, and the final boss calls for the memorization of a pattern that's sure to require multiple attempts for success. The 3D doesn't add much depth, except on levels where Mordecai is transformed into a jet. The music is basic and repetitive, but the game was a throwback concept to begin with, so it makes sense. The game lacks many of the series' beloved characters, like Muscle Man and High Five Ghost. It would have been nice to have more enemy variety, as you'll see the same enemies throughout from level 1-1 all the way to the end, with little variation. Hardcore fans will appreciate boss appearances such as Flock of Geese or the Destroyer of Worlds, but the story is minimal at best, even though it was written by series creator J. G. Quintel. The premise of having Park Manager Benson get kidnapped and having Mordecai and Rigby attempt to save him sounds great, but the execution feels like a bare-boned attempt at what could have been.

Overall, a game this sensitive may make many fans not want to stick around to make it through. It's going to take a serious spell of boredom to make me want to pop this one in and finish finding all the golden VHS tapes, and I bet most other people would feel the same way.
Review Page Hits: 0 today (326 total)
mediahook