An exact replica of the Playstation version. Simply on a different format. 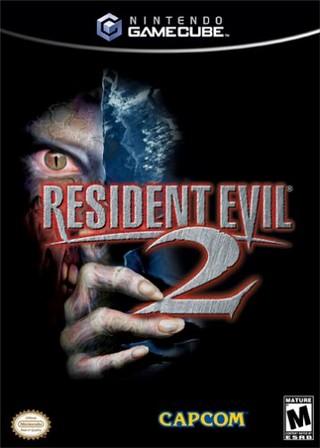 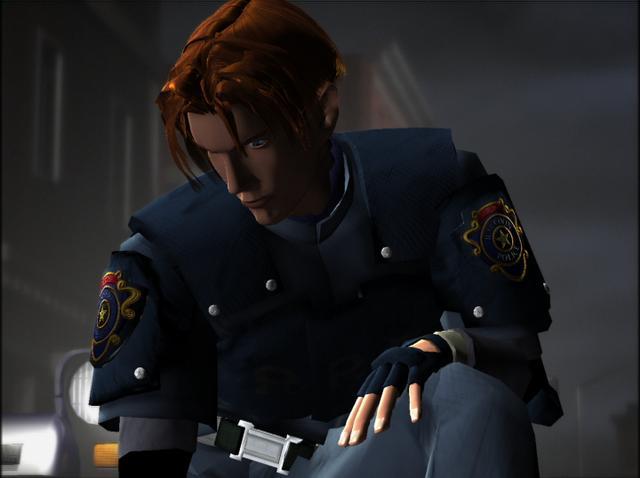 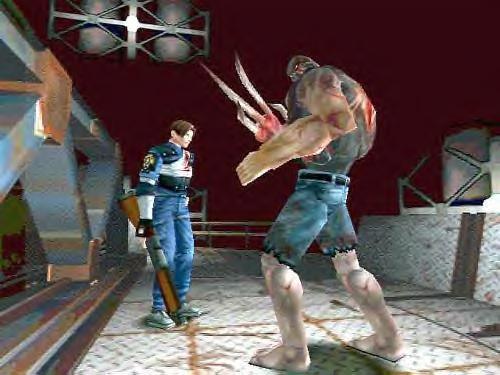 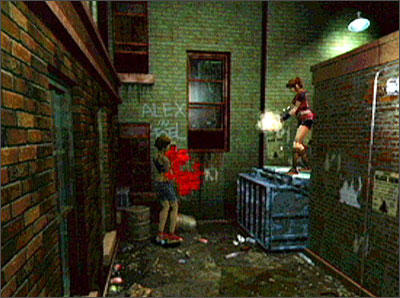 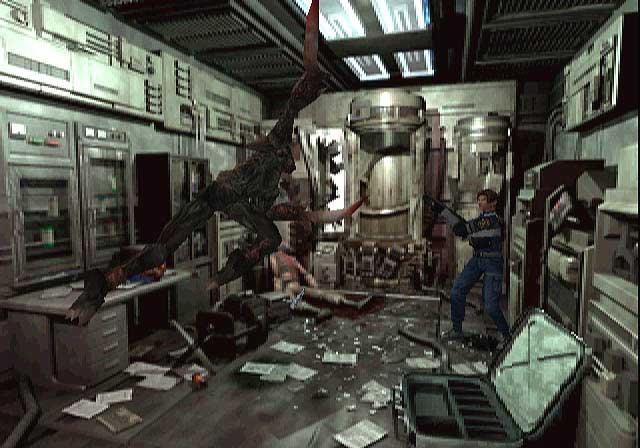 Good deal! Leon Kennedy got him a job with the Raccoon City Police Department! So, I guess it's time to head into town and check out my new precinct and fellow comrades! Yea, if only it were that easy. Upon this entering the quiet little town of Raccoon City...it's a little too quiet...for now.

Claire Redfield is trying to find her brother Chris (you remember Chris from RE1). She enters Raccoon City to find information on her lost brother, only to find that there are much more lost lives.....or something like that....

It's your choice. You can start Resident Evil 2 off with either character (Leon Kennedy or Claire Redfield). Of course, upon completing the game, you will then be able to play the next scenario with the other character to learn their story and why they came to Raccoon City. As you will know from Resident Evil 1, the Umbrella Corporation has created a deadly virus, the T-Virus, that transforms humans into mindless flesh-eating zombies. Well, it's not over yet. William Birkin has created another treat.....the G-Virus. Just a little different effects when injected into the human body. But, don't worry....you'll get your chance to "talk" with Birkin about his juice later in the game.

As in the first game, the virus is mainly contained within a mansion atop the Arklay Mountains. Well, guess what? It's now spread throughout the entire city!! ALL RIGHT!!! You just made a mistake by coming here, so now you've got to get out! As you make your way out of this "City of the Dead", you will encounter several types of hellish creatures including flesh-eating zombies, vicious blood thirsty dogs, gigantic killer spiders, skinless tongue lashing mutants, and of course some even bigger and deadlier suprises!! You will make your way throughout the city and other destinations including the Raccoon City Police Department, the city sewers, and the Umbrella Testing Facility. Of course, on your hopeful way out, you will learn many secrets. Some that prove to be very helpful, and some you wish you would have never learned!

Although this is a great game, the Gamecube version is no different from the regular Playstation version. The graphics, sound, storyline, and music is exactly the same as the original. The only thing I figure is a simple remake on another different system (Hey, companies gotta make that money somehow!).

As you will know from the Playstation version, while the cinematic graphics are detailed and precise, the gameplay graphics are weak for the Gamecube. Of course, if you don't have a Playstation (1 or 2) and all you have is a Gamecube and you love this game, then it's surely the way to go! But, I would not suggest getting it if you already have it for PS1. Trust me, you're not missing anything.
Review Page Hits: 0 today (411 total)
mediahook