RE4 offical Website
Trade your games for one now!

One of the best Resident Evil games yet! 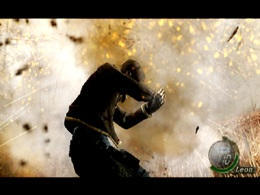 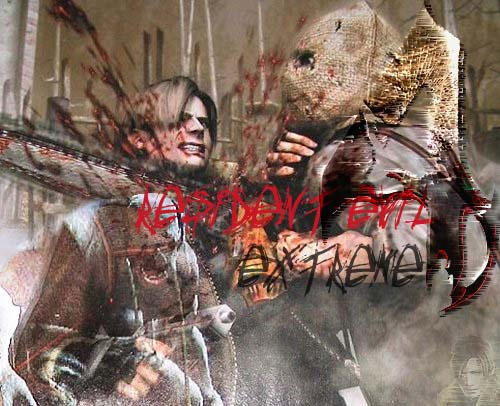 This game is perfect for all of you horror movie and game lovers. Capcom presents a game with lots of thrills and chills. This game has head splitting, bone chilling, dramatic moments. No one has ever created a game that allows you to become this much of a undercover cop. This is the first game to exceed realistic violence. This is also why this is an 18+ game.

From an outbreak of the T-virus comes the attack of a village, castle, and island base gone under the control of a sacreligious leader of a cult group. The funny thing is, Umbrella Inc., the antagonists of Resident Evil games past, is not under this establishment. Leon S. Kennedy ventures to rescue the president's lovely daughter. Take her through the game and prepare her for many deaths, but you might want to avoid that, as you're being scored at the end of the game.

Graphics: The Graphics in this game are very realistic. So real, when those axes start flying towards your screen, you'll be dodging in the seat of your wet couch! The female designs and male designs make you wonder, when did SquareEnix help make such gory games. Weapon developement is very sophisticated and compeling! You'll see the "props" no longer as toys. The graphics in this game has exceed its limits, for the gamecube! An [A] grade!

Gameplay: The fun and exitement has been compacted into your controller. Explore many maps with and without Ashley. Aim and shoot with a red lighted laser, rifle scope, and rocket launcher scope! Aim to anywhere you want, gore lovers aim high, anti-gore lovers run! The only thing that will upset you will be the men and women with chainsaws! But you can beat them at there own game and buy your own Gamecube Chainsaw controller! An [A] grade!

Replay Value: This may not be fun but its worth playing again after you beat the game. You'll still have all the weapons from your previous games. You'll have to fight those pesty head cutting villagers all over again, do those instant action moves and fight those body grabbing bosses. But remember, you already know what awaits you! A [B+] grade!

Learning Curve: The controls are very easy to adapt to. Aiming controls are far easier than the past RE games. There is no more stop and turn like the old RE. You can acually turn as you walk. More realistic and better to get away from those villagers and other monsters. Gamecube controls may seem hard at first but as you play, you'll feel more comfortable with what to press. The only thing wrong is you may not be fast enough for those instance action cut seens. An [A] Grade!

Sound FX: The final and most important part that makes a game good, sound FX. The voice actors take the game to a realistic level. No fake coughs, no bad drama, and no fake expolsions. If you have a surrond sound TV, RE4 takes you into that moment with the sounds and music around you. When you fire a weapon, you hear the realistic-ear piercing noise as a real gun fires. The only thing wrong is the merchant's urge to speak all of the time. "What are ya sellin'?" "What are ya buyin'?" and much more! Soon, you'll feel like shooting him which isn't a good idea. An [A-] grade.

No past Resident Evil game was ever this good. Fun and easy control, non-stop action, awsome graphics, sound FX, and incredible gameplay. In the past RE series, no health gauge was so easy to read if you were dying. There was no one to back you up in fights like Louis. Bosses didn't occur as much. But this game corrects all of those mistakes. This was my Review on the exiting game of Resident Evil 4!