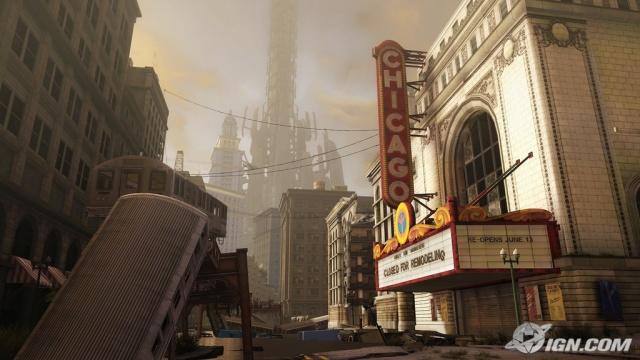 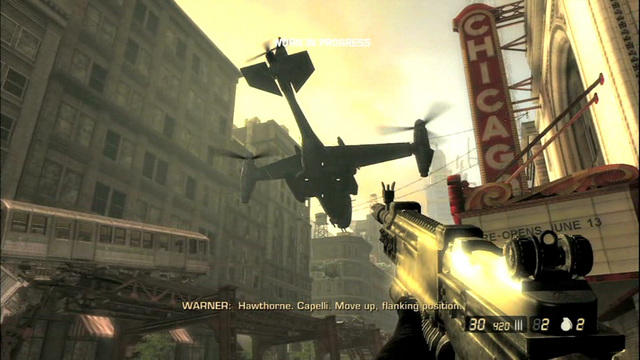 I was really surprised to see that no one had reviewed this game on here yet, so I decided to give everyone a little insight who hasn't played the game yet.

Resistance 2 is a great First Person Shooter with smooth controls, three fantastic modes of gameplay, awesome visuals, an intriguing story, all which make it a must play for PlayStation 3 owners. I could leave it at that, but I suppose I'll go into detail to prove my point.

We'll start with the campaign mode. The first thing you will notice is really the only negative thing I can pull out of this game; no co-op campaign mode this time around. It's disappointing, but let's look past that and see what the campaign has in store for us.
The game picks up right where the original, Resistance: Fall of Man, left off and we are once again introduced to the protagonist, Nathan Hale. He's a bit more talkative this time around, which is a plus in my book. A few of the favorite guns make returns as well, including the M5A2 Carbine, the Bullseye and the Fareye to name a few, and we get a some new guns here that are just a blast to shoot. Another thing you will notice is that you can only carry two guns at once this time, which forces you to try new weapons and think ahead with your strategy. Fighting the Chimera on American soil was great fun and the game does a great job of immersing you in the environment with it's smooth gameplay and eye-popping visuals. Trekking through a war-torn downtown Chicago blasting enemies was some of the most fun I've had in a game in years. There will be some scenes and battles along the way that will make you realize how co-op just wouldn't have worked in this campaign - the Leviathan fight in Chicago comes to mind. This is one of the most solid campaigns in a FPS this generation.

Let's move on to the 8 player co-op mode. I've spent a great deal of time on this, as there are different places to do missions, each with quite a few different areas that will connect together to form one larger mission. Here you have a choice of class: Medic, Spec Ops, and Soldier. Each class has a very specific job, and you'll have to work as a team if you want to progress; particularly on superhuman difficulty. Soldiers come equipped with the Wraith, a chaingun of sorts that's secondary fire brings up a protective shield that stops Chimeran fire in it's tracks. The shield only lasts for a short amount of time, so you'll have to rely on Spec Ops to supply ammo to refill that shield. Spec Ops equip the Marksman, a fantastic long-range rifle that has the ability to fire electric-orb bursts that attach to groups of enemies and repeatedly shock them. The medics will stay back keeping everyone in the green. The primary fire on the medic's Phoenix draws energy out of enemies while hurting them, giving you ammo and health in the process. The secondary fire shoots health out to buddies, keeping them alive for the fight. Every player will need to fulfill their roles if you want to survive. There are plenty of unlockables for each class as well. You unlock these by leveling up. Each kill, mission finish, ammo throw or heal will give you experience in which you will level up with. Once you reach certain levels, you can unlock new secondary weapons, upgrades to your character and their weaponry, and special abilities. These special abilities are called berserks, which you will also see in the competitive mode. Once you reach a certain amount of experience in one round, you will have the ability to use a berserk; something that can give you the edge in battle. Some berserks are class specific, such as with a medic you can use a berserk that forms a circle of nonstop healing. Have everyone stand in the circle, and their health continually replenishes until the berserk ends.

Let's look at the competitive mode. One word: fantastic. There are quite a few modes to choose from here, including skirmish which is about assassinations and controlling beacons, team deathmatch, deathmatch, core control and meltdown. Here, you will once again gain experience from kills and hits. Here you can unlock plenty of the weaponry, berserks and some very entertaining skins for your character. The maps are very well set up, some better for sniping, some better for close-range. I think the thing to note with R2's competitive is really that it supports up to 60 players online. It runs very smoothly with all players as well, I've never noticed any lag issues. There's nothing quite as hectic as a 60 player team deathmatch; it really feels like war out there. You can earn medals and ribbons by achieving certain things on the battlefield. Such as killing the last person that killed you, killing the same player 10 times in one match, striking an enemy with a grenade from long distance, getting six kills in a row, etc. The co-op mode also features these medals and ribbons. They don't unlock anything, they more act as a trophy case to show off what you've done when other player's view your profile.

I've spent many, many hours in each mode of Resistance 2, and it really is the game I reach for the most when turning on the PS3. There's so much for you to do in this game, between single player campaign, leveling up each class in co-op, leveling up in competitive, that you'll have months and months logged into this game and you still have things to accomplish. Don't hesitate, get this game.
Review Page Hits: 0 today (366 total)
mediahook