The one-on-one "versus" pinball tables make this a required game for NES parties. 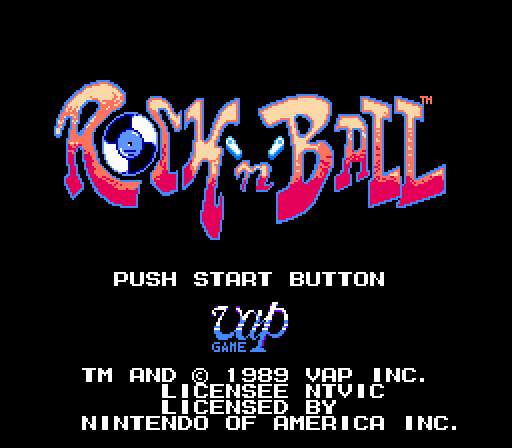 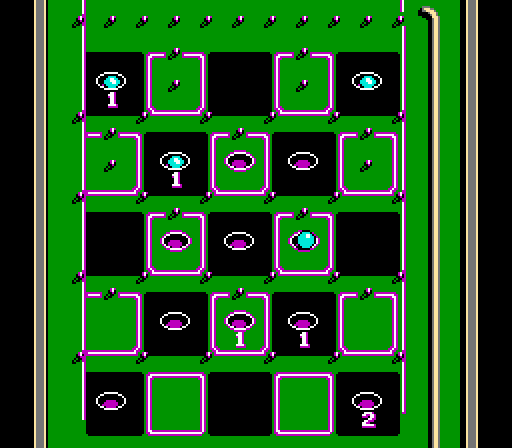 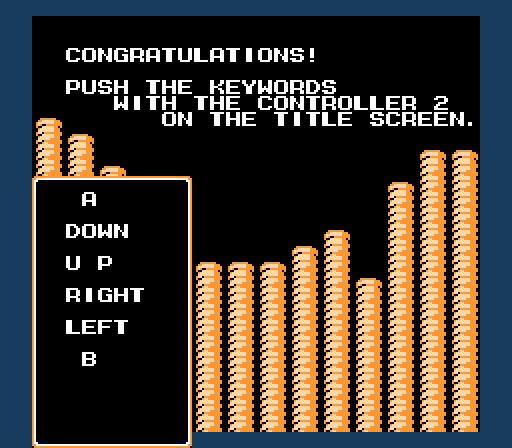 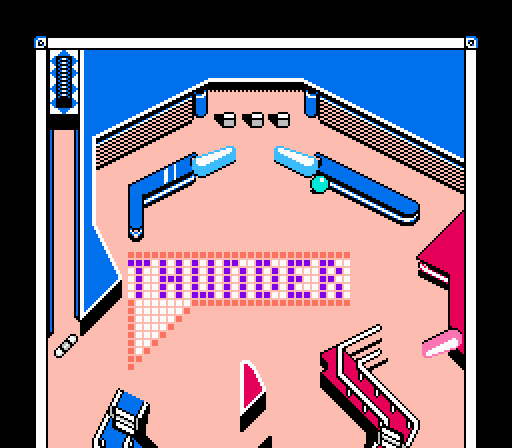 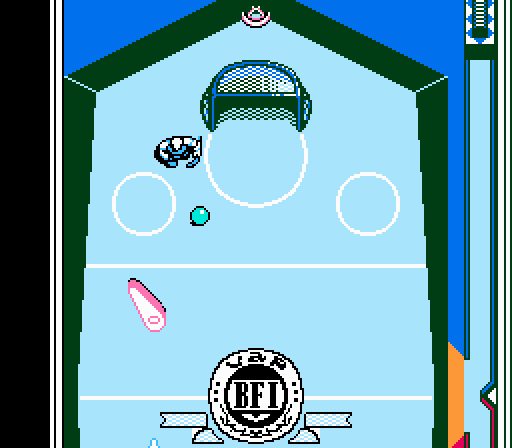 I'm a big pinball fan, and consequently, I have played a lot of pinball video games: Video Pinball on the Atari 2600, Epic Pinball and Take-a-Break Pinball on the PC, Last Gladiator on the Saturn, Zen Pinball on the PS3, and practically everything in between. Many of the pinball games I've played are quite forgettable, but Rock 'n' Ball for the NES has always kept me coming back for more, but perhaps not for the reason you'd think.

The strength of any actual pinball table lies chiefly in its design. Ramps, bumpers, catches, drop targets, and the like must be appropriately placed and in appropriate quantities. While this is generally done reasonably well in the real world, this is one area where digital pinball games often fail - making the tables feel too crowded because the designer wanted to add just one more of this and a couple more of that.

Rock 'n' Ball's main pinball table is not particularly memorable, but it's passable for an 8-bit table. There's also a gambling table which is designed sort of like a cross between Bingo and Pachinko, which is fairly entertaining (though I've never been able to get the codes you win as prizes in this mode to work). The real joy of the game, however, is to be found in the unique head-to-head versus mode, which I've never seen duplicated in any other video pinball game (and I know of only one real head-to-head pinball table - Joust).

There are two sports themed tables, Ice Hockey and Soccer, both of which are fairly generic, but can be fun. In the sports tables you have a flipper that moves left and right and can swings in circles clockwise or counter clockwise. You also have a goalie that moves left and right and can block and catch the ball. The object, naturally is to slam the ball into the opponent's goal. It feels kind of like a bare bones version of Foosball.

The three actual head-to-head pinball tables fare quite a bit better. They pit one person on the top half and one person on the bottom half. Each half of the table is identical, and the table crests in the middle, so whichever half the ball is on, that's the end gravity will naturally have it fall to. You can also move your flippers back and forth from the bottom of the table to an alternate spot closer to the middle for more aggressive play. This doesn't come without risk, though - if the other player smacks the ball past your flippers while they're in the middle, you may not be able to pull them back in time to save the ball from going down your own chute.

The three tables are pretty varied, so here's a breakdown of each of them:

Attack has pins in the middle of the table which sometimes make getting the ball through to the other side a bit difficult. However, there are drop targets on either side which give powerups when hit - they can give you a bumper between your flippers, restore your side kickbacks, or cause an annoying little helper to move back and forth on your opponent's side which makes it even more difficult to move the ball away from the outhole. If you manage to get the ball through your side's ramp, you'll knock out any power ups the other player has collected.

Bomber is a little bit less crowded and much easier to get the ball from one end of the table to the other, but it has a more interesting power up system. There are two targets on either half of the table with an icon next to them. When you hit a target, the icon changes. If you match two of the same icon, you'll start that power up. The lightning bolt will freeze your opponent's flippers for a few seconds (which is particularly nasty if you can get the ball to their side quickly). The exit will cause a hole to appear on your side for a short while, and if you can knock the ball in, you'll get an automatic point. The skull causes your opponent's flippers to become invisible for several seconds. Lastly, the bomb causes the ball to start flashing, and it will explode after a short while. If it explodes while it's on your side, your opponent gets the point.

The final table, and my favorite, is Thunder, which is an almost empty table save a couple of ramps and a set of three protective drop targets behind the flippers. It's pure pinball action here, and though there are no power-ups to speak of, your drop targets can be regenerated if you can manage to hit your ramp.

One good thing about the way all the versus tables are handled is that nobody gets stuck playing on the top for too long, as after every ball, the sides are changed. If there are any real drawbacks to the game, one is that there is no limit to how much and how often you can nudge the table. There's no "tilt" error that will cause you to lose your ball. While this may seem like a good thing (and it is for the single player modes), it makes the versus modes a bit more frustrating, particularly when playing against a CPU opponent (they seem to like to nudge the table non-stop when the ball is on your side). I suppose it's fair that both sides can tilt as much as they like, but I would have preferred an option to be able to disable it.

If you ever have NES or classic gaming parties, try whipping out a copy of Rock 'n' Ball at the next one - the looks of surprise on your friends faces to see a game they've probably never heard of will be worthwhile, and by the end of the evening, they'll be begging you to bring it again next time. It's definitely best with friends though - the single player pinball tables are average at best, and playing against the CPU in the versus tables isn't as much fun as beating a buddy.
Review Page Hits: 0 today (355 total)
mediahook