Saints Row: The Third was supposed to be the best game of 2011, but sadly it falls well short of expectations 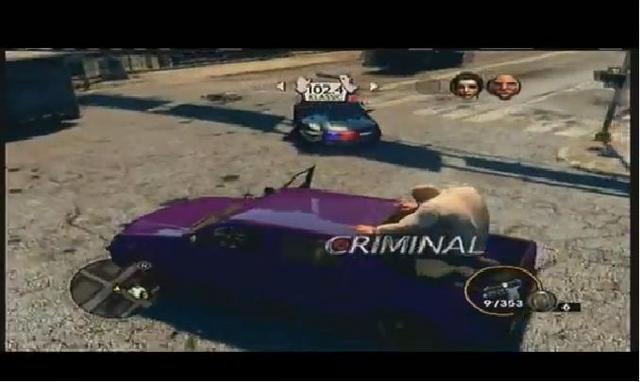 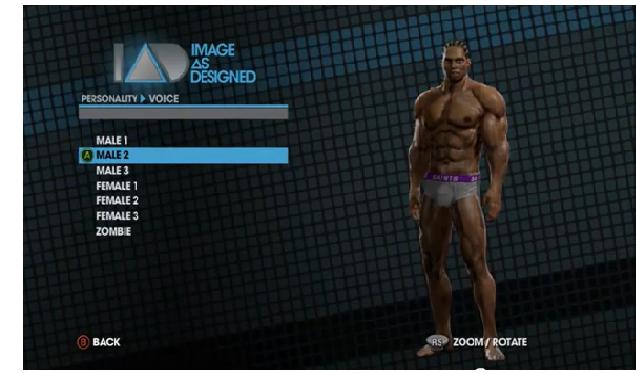 In Saints Row games, you play in a gang called the Saints (kind of a dead giveaway). You get revenge, fight over land, and cause a large ruckus. To put it into technical terms, this is an open world action adventure. The main missions are fighting other gangs and such. In Saints Row and Saints Row 2, you have to do side missions to earn respect, and respect allows you to do the story missions. The side missions include things like Hitman, Chop Shop, and Stunt Jumps, with a ton of variety throughout each mission. In Saints Row: The Third, side missions don't matter much at all. You can complete the entire game without having to do any of the side missions, because you don't need them to earn respect. The respect system is much, much different in this game, and in my opinion, that's not a good thing. Whereas the first two games in the series delivered so much entertainment, the third one fell flat. The hype of this game went down the tubes after only 30 minutes of play time for me, while the first two games could literally keep me playing for days on end.

The story is the first sign of disappointment in this game. There are far too many tutorial side missions that keep you from getting immersed in the game. After finally getting through them, you'll mostly be fighting against STAG (basically like Ultor in Saints Row 2). You barely get to know any of the three other gangs in the game, which seems like a missed opportunity to flesh things out. In addition to the aforementioned problems, the missions seem to jump around without much thought for tying things together. You'll go from normal gangbanging, to outer space, to fighting energy drink cans and bunnies. It's definitely weird. I feel like the developers didn't put much thought into the story, which is a shame because it could have really helped this game.

Your homies in this game can be a huge help, or they can be a huge pain in the dick. In some fights they will help you out tremendously, but in other fights they'll die every two seconds or wander away and force you to find them. If you're fighting cops or a gang, they do a lot of work. They also help out a lot during missions. Unfortunately Oleg can only fit in one type of vehicle, which is very annoying when you need him by your side. Gat and Shaundi have brand new faces, which doesn't really make sense to me. I think they should go back to the way the characters looked in previous games, because I didn't feel any connection to the new-look characters. The game also suffers from the absence of so many characters that made the first two games fun. I think if the gang had stuck together and not had so many deaths or defections I would've enjoyed it much more. Bring back Julius, Aisha, Troy, and Dex!

The control in this game is phenomenal. The characters move very quickly and smoothly, without any lagginess or stickiness. The fighting is awesome as well. I love the wrestling moves where you can just run up to someone and slam their face on the ground. The driving is also great. You can drive really fast, and stop in an instant. The handling is stellar, as it allows you to take a hard turn and still make it on the right side of the road. Flying planes is also fun, and much easier to control than in Grand Theft Auto or previous Saints Row games.

The graphics and sound were awesome in this game. The graphics were the highest quality I've ever seen in a game. Every single bit of detail was perfect. The only bad thing (and this is something most sandbox games suffer from) is if you fill the screen with too much stuff, such as when your notoriety goes up, the game becomes very laggy. This didn't bother me too much, though, since it only happened during the most extreme circumstances. As far as the sound goes, it was perfect. I usually have to turn my volume up when I play games because they tend to be too quiet, but this game hit all the right notes. I could switch back and forth from my TV without having to move the volume up or down, and the sound effects and music were top-notch.

Despite the excellent controls and occasional help from your homies, I still feel like this game deserves a "D" rating. The story has zero structure and really hurts the game, and the loss of so many familiar faces only further hurts the game's enjoyability. For a game to be this hyped up and fail to match the quality that a true Game of the Year contender should have is so disappointing. Saints Row: The Third proves that it takes more than nice graphics and sound to make a great game. Don't waste your money now, just wait a couple months and pay $5, because that's all it's really worth.
Review Page Hits: 0 today (176 total)
mediahook