This game is not the greatest, but has an amazing storyline. Also it is one of the only Stealth-Action Psy-power games I've seen. It's a mediocre game, but is good for $5. 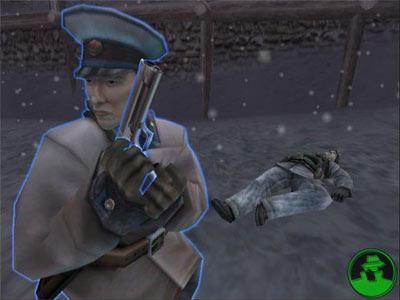 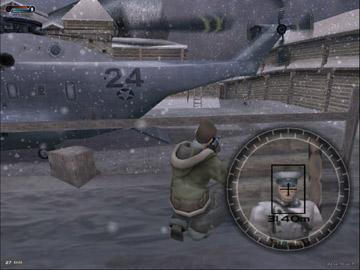 I have found that few people like this game. Few people know of it to begin with, so few people will read this. Anyway, Second Sight is a perfect game... if you only judge by story. The shooting is nothing special and the game borrows elements from Metal Gear Solid and Psi-Ops to try to make it better.

The music is absolutely superb! After you hear it you will want to go straight to the website and download it (which thankfully you can!). The music is very creepy, stealth music that fits the game perfectly. Some of the songs are more upbeat and some are slow and mysterious.

The replay value in this game is not great; there are not any collectibles and the thrill of killing is not enough to have you wanting to go again. Also, considering that this game's storyline is like a movie, you can't just go back into any random part. The only thing I would replay the game for would be for the stealthy parts.

There is nothing really to say about the graphics, it's basically the same as any other past-gen game. There is the occasional graphics glitch, but nothing out of the ordinary. The graphics are no different from gameplay to cutscenes.

The story is of Dr. John Vattic, a guy who wakes up in a hospital and has no idea who he is or anything, the story then takes place in the past, future and who knows when. The gameplay is basically hide, use psychic powers, and then go on a massive killing spree; well, more or less with a little bit of puzzles here and there. The psychic powers include: charm, telekinesis, possess, psychic wave and a few more. The action-stealth part of this game is fun; hiding in lockers and shooting people or possessing someone and getting him to kill his friends. If you play games for story I very highly suggest you get this, It isn't a great game, but for $5 it is worth it.
Review Page Hits: 0 today (467 total)
mediahook