Lucasarts has successfully revived it's old flight sim series for our era. 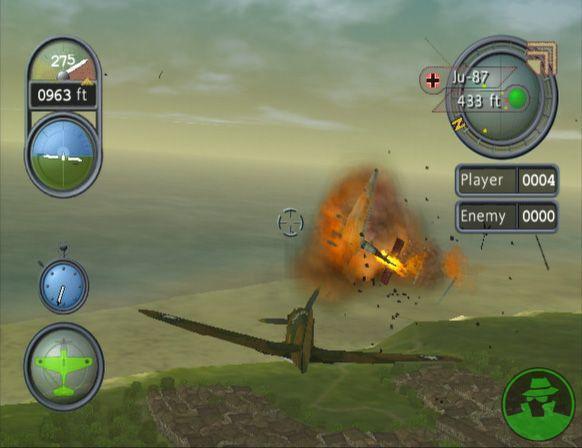 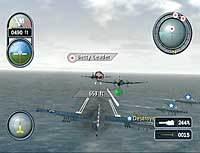 Back when they where more known for their adventure games, Lucasarts had a series of successful World War II-era flight sim games. There last one produced was 1991's Secret Weapons of the Luftwaffa, which was well received. The series dropped off the face of the earth until 2003, when this game came out.

In Secret Weapons over Normandy you are James Chase, an American pilot who has joined a fictional British squadron, the Battlehawks, in order to stop the Axis powers. Like most flight sims, this game is more about flying than story. The narrative is usually there to drive you from point A to point B.

On the Audio and Video front, the game excels. The Graphics aren't perfect, but they do look great, showing off the planes and the environments. There is a little bit of slowdown when the action gets really intense, but otherwise the game runs at a good clip. The musical score, composed by the same guy who composes the music for "Alias", is a good Hollywood-styled orchestral score. The main theme sounds like it was inspired by Aaron Copland's "Fanfare for the Common Man" The sound effects are realistic, taken either directly from recorded sound samples of the planes or from the database at Skywalker sounds.

The gameplay is excellent. In 15 missions, you fly various WWII aircraft against the enemy. The flying experience is great. The game is not as realistic as some of the flight sims on the market, but this makes the game more accessible to the average person. The controls are simple, and don't change for any of the aircraft. The game consists of what you'd expect from a flight sim - you dogfight with the enemy's pilots, destroy their ground targets, and try to make it home in one piece. The game strikes a good balance between easy and hard for the missions and if you get too shot up, there is always a place to land for an emergency refuel or reloading. The missions mostly involve destroying some type of ground target as the main objective, and then taking out the enemy pilots. Most of the missions take place over Europe, but there are three that have you fighting the Japanese.

Overall, Secret Weapons over Normandy is a highly recommended game. Give it a try.
Review Page Hits: 0 today (227 total)
mediahook